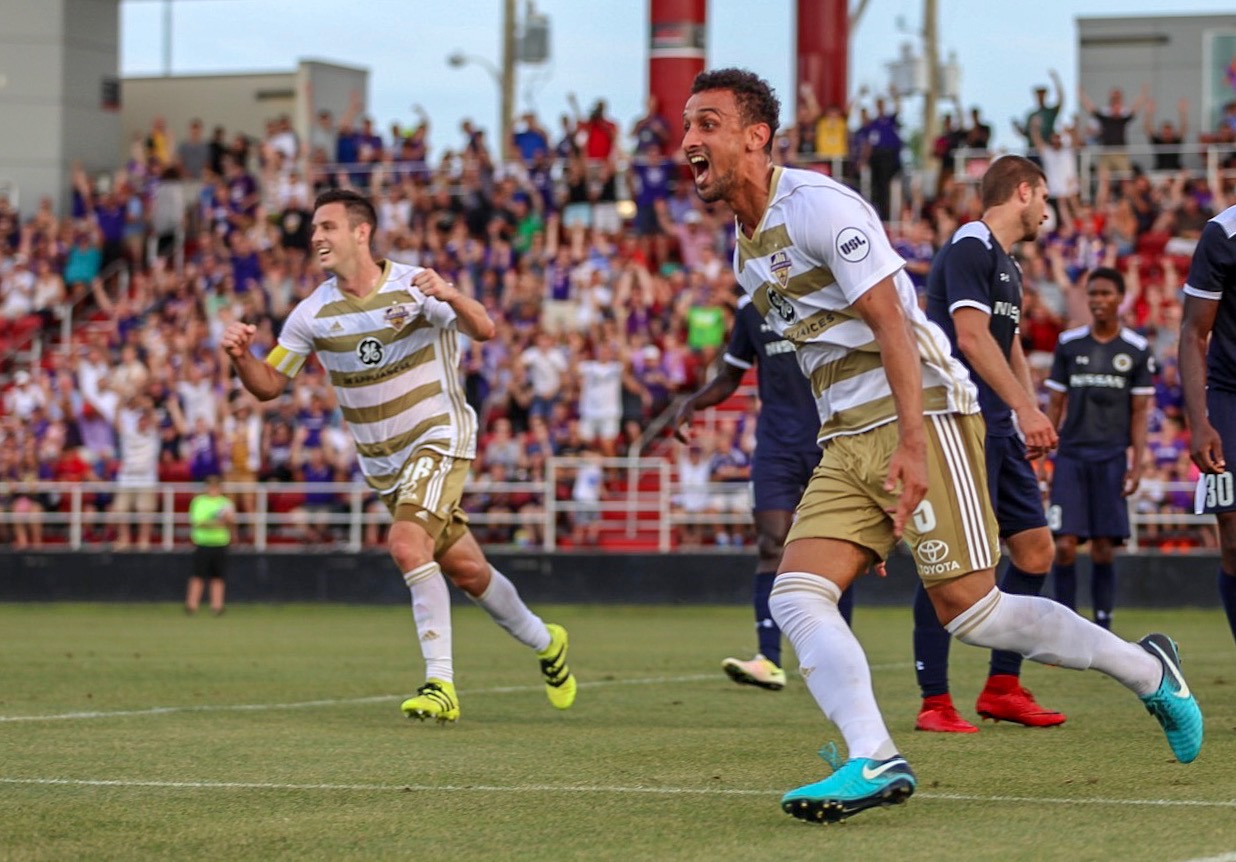 Louisville City FC advanced to the U.S. Open Cup Quarterfinals with a resounding 2-1 win over Nashville SC in front of nearly 4,500 at Lynn Stadium on Wednesday night. City will face Major League Soccer’s Chicago Fire at Toyota Park on Wednesday, July 18, with a time yet to be confirmed.

More information will be available on the USOC Round of 8 in the coming days on LouisvilleCityFC.com.

The opening few minutes saw LouCity and Nashville SC trade time in their respective final thirds, though neither side would register a shot on goal early on. Eventually testing each ‘keeper, it was City who etched their name on the scoresheet first on a goal from defender Paco Craig in the 24thminute, assisted by Oscar Jimenez.

A few half chances went to Nashville as attackers Ropapa Mensah and Lebo Moloto continued to try and squeeze past City’s backline but to no avail. At the halftime interval, City clung to a 1-0 advantage.

The second half started off with a literal bang as Mensah got around the defense and attempt to chip City ‘keeper Tim Dobrowolski, only to hit the side netting, before unfurling a clever effort that clipped the post just minutes later. Looking to continue putting the pressure on the visitors, though, City moved effortlessly from defense to attack in the 58thminute, finding their second goal of the night. Breaking ahead, midfielder George Davis IV continued a multi-pass move that played in captain Paolo DelPiccolo in the box. Turning and firing past Pickens, DelPiccolo took City’s advantage to 2-0 for the time being.

Moments later, Nashville found their only goal of the night off a well-worked move that saw Dobrowolski eventually beaten by Matt LaGrassa in the 68th minute. Reinforcements were brought on in the form of Magnus Rasmussen and Shaun Francis and City was able to repel a number of Nashville attacks in the closing minutes to stay ahead. At fulltime, LouCity advanced to the furthest point in the U.S. Open Cup in club history by securing a spot in the 2018 U.S. Open Cup Quarterfinals.

LouCity looks ahead to a trip to North Carolina FC this weekend at WakeMed Soccer Park with kickoff set for 7:00 p.m. ET. The “Boys in Purple” will return to action at Slugger Field on Wednesday, June 27 with a 7:00 p.m. kickoff set against Riverhounds SC before a Saturday night clash with New York Red Bulls 2 at 7:30 p.m., also at Slugger Field. For tickets and more information, visit louisvillecityfc.com.