The defender will join the squad for a west coast camp ahead of a friendly. 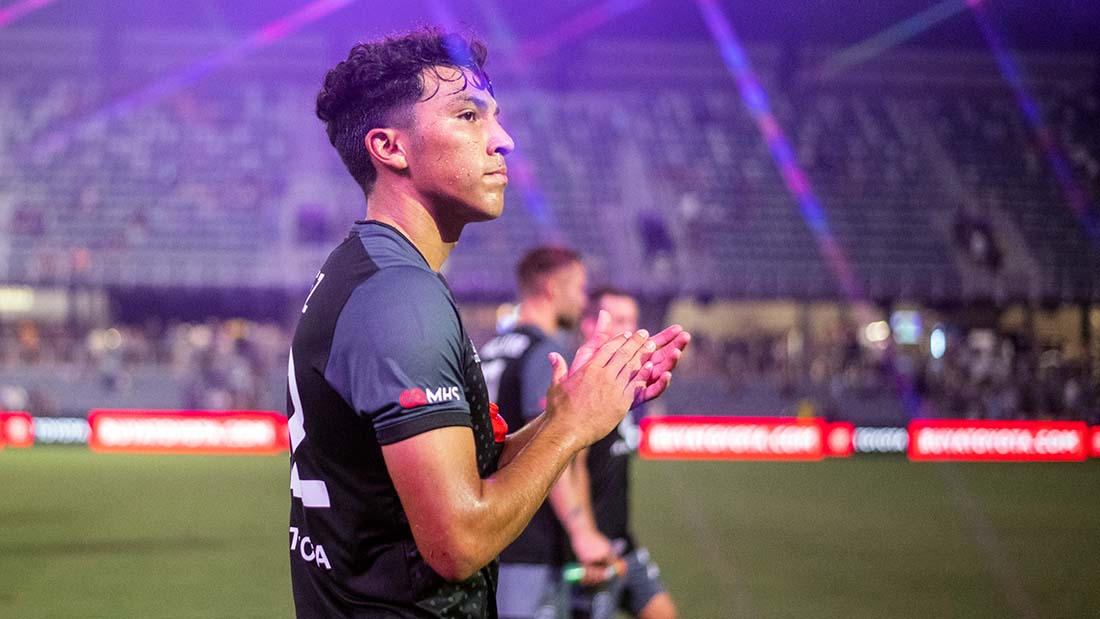 The red, white and blue report this weekend to Carson, Calif., for training ahead of a Dec. 18 match against Bosnia and Herzegovina, set for 8 p.m. at Dignity Health Sports Park, home to LA Galaxy. FS1 will broadcast it.

“It’s been a great year for the group and our objective is to finish the year with a strong performance against Bosnia and Herzegovina,” Berhalter said. “As we look towards 2022, this camp gives us the opportunity to see some new faces and allows our core domestic players to maintain their fitness levels.”

Gomez in turn gets the chance to show himself to senior national team staff before a move to Spanish club Real Sociedad during the upcoming transfer window. Because the game is a friendly and not formal competition, the 18-year-old outside back can also play without declaring for the USMNT over the longterm.

Along with Orange County SC defender Kobi Henry, Gomez is the first active USL Championship player named to a U.S. senior team squad, according to the league.

“I’m honored to be selected,” Gomez said. “I think it’s a great opportunity to go see the environment and train at a high level.”

A dual national who also spent time earlier this year with Mexico’s national team, Gomez had a breakout 2021 season that ended with him voted the USL Championship’s Young Player of the Year and a spot on the All-League First Team.

The Texas native is a fullback with attacking flair, numbering 2 goals and 8 assists to go with 42 key passes. Defensively, he tallied 117 recoveries thanks to a 75.9 percent tackle success rate and 54.1 percent duel success rate.

As a result Gomez earned himself the rare move from the USL Championship ranks to Real Sociedad, a current top-four club within La Liga, Spain’s first division. The transfer window opens Jan. 1.