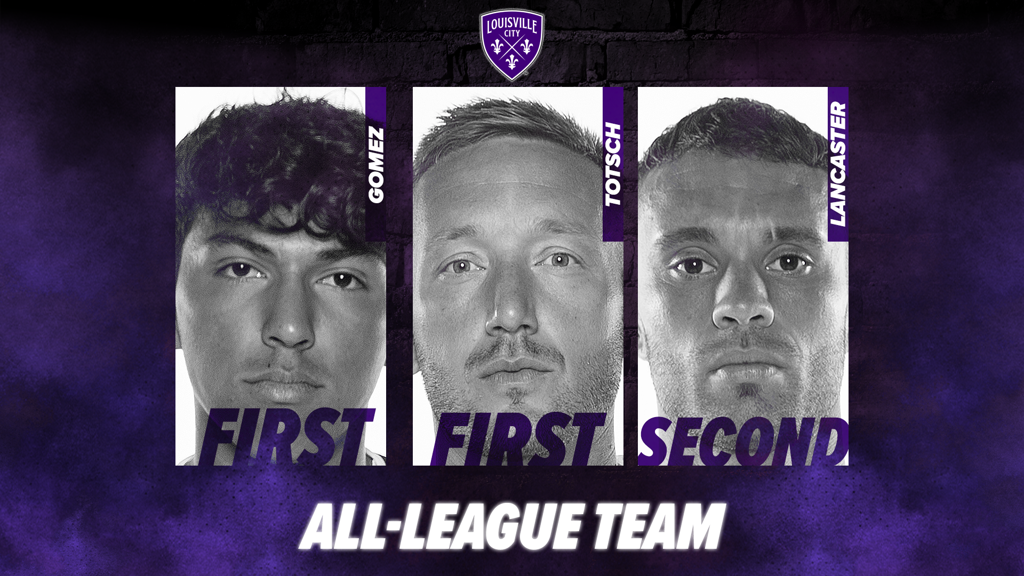 Multiple Louisville City FC stars were on Monday named to USL Championship All-League Teams with defenders Jonathan Gomez and Sean Totsch among the best 11 and forward Cameron Lancaster featuring on the second team.

Three All-League selections in a single season — as voted on my club management alongside a league-wide media panel with representation in every USL market — rank only behind the four LouCity had in 2020.

An 18-year-old set to complete a historic transfer to La Liga's Real Sociedad, Gomez had a breakout campaign as a two-way threat. He scored two goals, numbered eight assists and earned multiple penalty kicks for the boys in purple. Defensively, the dual international drawing interest from the U.S. and Mexico national teams recorded 43 interceptions and had a 75% tackle success rate.

Totsch, one of two players to repeat as an All-League First Team selection, put together an ironman season, playing every minute for the club in 2021. In the process, he completed a league-high 1,765 of 2,079 passes during the regular season and bolstered a unit that faced a league-fewest 263 shots. Totsch made 195 recoveries and won 114 aerial duels, second among all defenders.

Lancaster earned his third All-League selection in the past four seasons after becoming only the second player in league history to record multiple 20-goal regular season campaigns to lead LouCity’s attack. The English forward averaged a goal every 92.6 minutes, the best scoring rate in the USL Championship among players with at least 10 goals in the regular season campaign.

Finalists for individual league awards will be announced on Tuesday.