Bell: What we learned from LouCity's win at Birmingham

It was a lesson in consistent attack and a rare clean sheet. 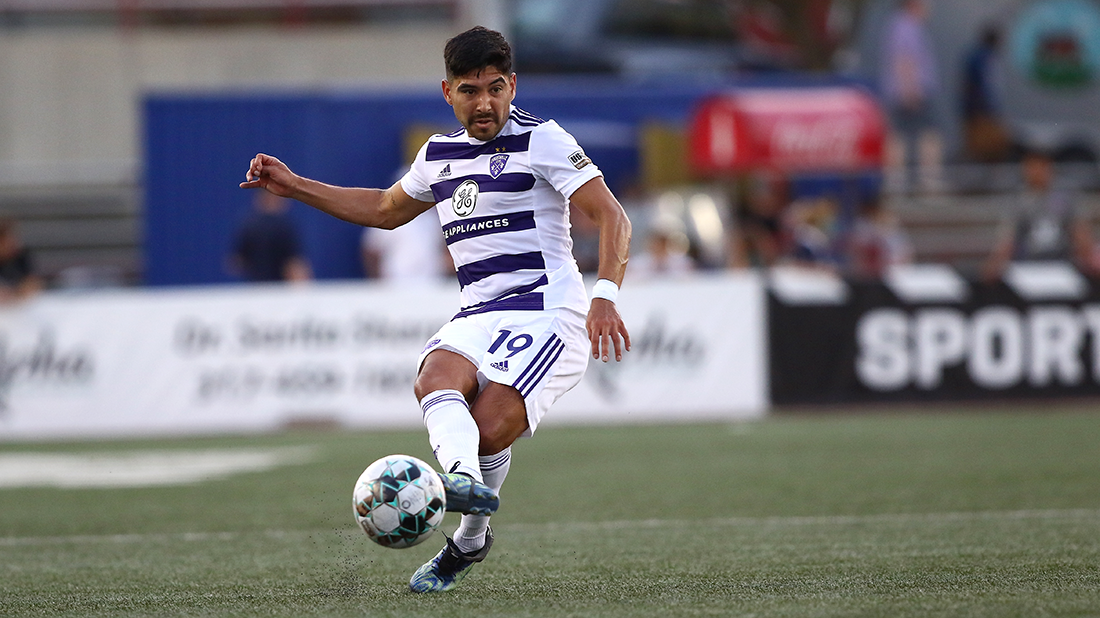 Louisville City FC defeated Birmingham Legion FC by a 1-0 score Saturday night in a crucial game away from home featuring a late goal and 26 combined shots. Notably, Birmingham didn’t manage a shot on target, leading to just the fifth LouCity clean sheet of the season. Meanwhile, consistent buildup by the boys in purple produced the 82nd-minute game winner on a Brian Ownby cross to Antoine Hoppenot at the back post.

LouCity will be delighted with the win, which allowed the club to eclipse Birmingham on the regular season’s final day of the USL Championship’s Central Division race. As a result, the club will host the Atlantic Division’s No. 4 seed, Miami FC, at 8 p.m. next Saturday inside Lynn Family Stadium.

This victory could be of further importance for LouCity should it advance in the playoffs, allowing the club to potentially host more games. Of course, the boys in purple have lost just once at home since capacity opened to 100% back in June.

“All credit to the group of men in that locker room,” coach Danny Cruz said. “They did an excellent job tonight. They executed the game plan that we spoke about all week. I have a huge sense of pride for that group in there. It was a fantastic performance and certainly a good way to end the season.

“We spoke about it all week that we would create opportunities and that the goal would come. We’ve been through adversity, and the key thing here is that we’ve stuck together through it all and we’ve trusted in our process. We had full belief that we’d come here and get three points.”

Here’s more of what we learned from the win…

Cameron Lancaster had a pair of shots on target in the first half at Birmingham, and Ownby put a header on target. But Legion FC was able to stunt LouCity — at least until it came time for Cruz to make changes. The coach brought on the forward Hoppenot for his right back, Oscar Jimenez, while also exchanging midfielder Corben Bone for forward Jimmy McLaughlin.

One minute after Hoppenot came on the pitch, he hammered a shot into the top of the net to win the game on his first touch.

Following the goal, Cruz also benefitted from some patience. He was able to save two defensive subs, bringing on center back Alexis Souahy for Lancaster and defensive midfielder Tyler Gibson for the winger Ownby. Gibson, who was questionable coming into the game, and Souahy led LouCity’s low block and finished out the game cleanly.

Of 12 Birmingham Legion shots, none were allowed on target by LouCity’s rock-solid defending. LouCity’s fifth clean sheet was deserved, with a quarter of those attempts blocked while the boys in purple recovered possession 45 times before allowing an opposing shot.

Sean Totsch and Wes Charpie stood out on the defensive side of the pitch, tallying 11 clearances, four interceptions, and six recoveries collectively. LouCity defenders did well forcing prolific Legion winger Junior Flemmings off his right foot, which has caused many teams problems this season. None of Flemmings’ three shots were on target.

Defenders weren’t the only ones chipping in when not in possession. Wingers Jorge Gonzalez and Ownby registered a combined five tackles, three clearances, and 12 recoveries together.

“We worked all week on the defensive side of the ball,” Cruz said. “The players executed everything we worked through in the week. I’ve said it over and over again: I’m extremely thankful to lead this group.”

LouCity’s season-long struggle of leaking goals late in the first or second half wasn’t an issue against Birmingham. LouCity must make it a trend looking ahead to single-elimination playoffs.

Cruz’s substitutes have stolen the spotlight many times this season, and this theme should continue into the postseason given the attacking depth coming off the bench.

Finally, something as simple as fielding the best 11 each game will be a benefit. LouCity has dealt with a rash of injuries and much schedule congestion this year. From here on out, the games are weekend to weekend, and Gibson’s return signals better health moving forward.

From there, with a win the boys in purple would advance to host the winner of Memphis 901 FC at Charlotte Independence on the second weekend of November. If LouCity continues to the Eastern Conference Final, only the Tampa Bay Rowdies hold a better record on this side of the bracket. Phoenix Rising and El Paso Locomotive have the points edge for the league final host rights.

“There’s one goal in mind here,” Cruz said in wrapping up his thoughts Saturday, “and that’s to be lifting a trophy. This was just one step in that process. We’re certainly looking forward to being back at Lynn next week for a playoff game.”