Preview: What to watch for with LouCity at Birmingham Legion FC

The boys in purple will battle it out Saturday for the Central Division title. 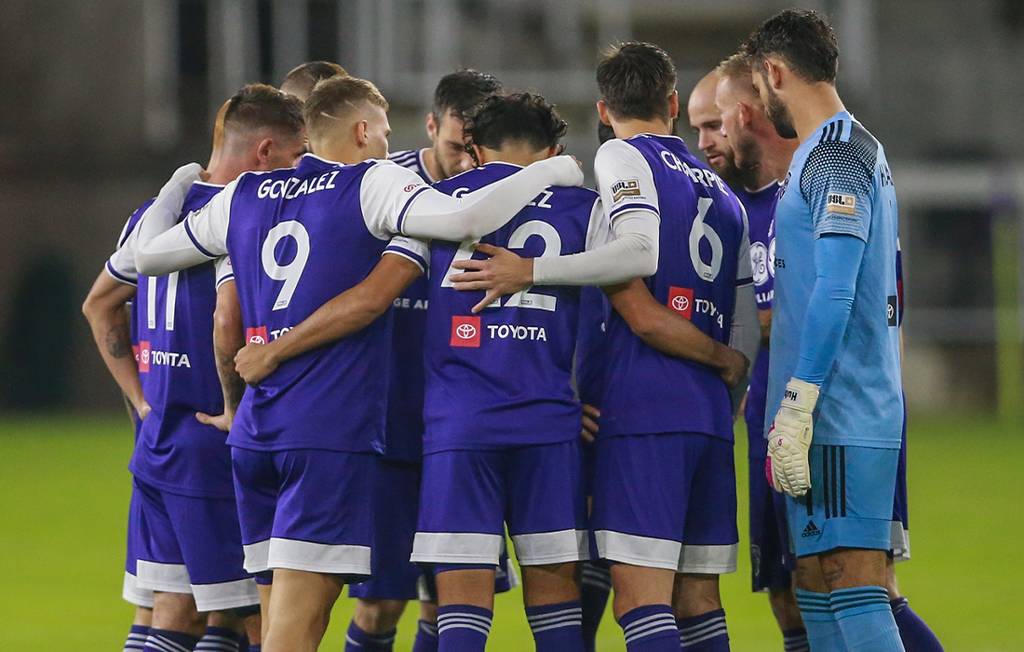 Louisville City FC’s 32-game regular season will come down to the final whistle.

On 58 points, LouCity could still win the division and enter the playoffs as a No. 1 seed with a victory. On 60 points, Birmingham would remain at the top with a LouCity draw or loss at BBVA Field.

This all-important finale will air on WBKI/The CW, ESPN Louisville’s 680/105.7 and stream via ESPN+.

The USL Championship Playoffs are a 16-team event with four top seeds, one apiece from the Central, Atlantic, Mountain and Pacific divisions. Better seeds host postseason openers, while clubs with higher regular-season point totals get home advantage the rest of the way.

Birmingham has finished its campaign strong, winning four of its last five and going nine straight unbeaten overall to improve to 18-7-6. LouCity’s form isn’t quite as sparkling, but the boys in purple rebounded last weekend from back-to-back losses to defeat third-place Memphis 901 FC by a 3-1 score.

The LouCity-Birmingham season series is an even 1-1-1. Most recently, after a May 8 draw and June 16 home victory at Lynn Family Stadium, LouCity fell Aug. 28 to Legion FC on the road.

The boys in purple are on the verge of their seventh straight trip to the playoffs since the club launched in 2015. Here’s more of what to watch for Saturday…

“Anytime you have a game like this going into the playoffs, it certainly puts you in a position to prepare yourself. We know what we need to do and we understand the implications. It’s been a good week of training so far, so we’re looking forward to it."

• On the WBKI/TheCW and ESPN+ call: Josh Eastern (play-by-play) and Devon Kerr (color).

Playoff scenarios: Depending on whether it finishes first or second in the Central Division, LouCity would host the Atlantic Division’s No. 4 or 3 seed, respectively. The clubs currently occupying those spots are Pittsburgh Riverhounds SC and Miami FC. Both would be new opponents under this season’s format that saw clubs play almost exclusively within divisions.

Bigger picture: LouCity has advanced to at least the Eastern Conference Final in six straight seasons and won back-to-back USL Championship titles in 2017 and 2018. As for adding a third star above the crest? FiveThirtyEight.com considers Louisville the fourth choice to win it all, giving City a 19% chance of making the league final and 10% chance of raising the trophy.

In the stands: LouCity won’t have at its disposal Saturday quite possibly the best home field advantage in the USL Championship. The boys in purple played to crowds averaging 10,088 this season, tops in the league, and lost just once at Lynn Family Stadium after June 12, when outdoor sports venues in Kentucky were permitted to move to 100% capacity.

Count on Cam: Last Saturday’s performance put Lancaster into more rare air as he hit 20 goals on the season for the second time in his USL Championship career. Lancaster, who scored 25 in his 2018 Golden Boot campaign with LouCity, joined Daniel Rios (North Carolina FC 2018/Nashville SC 2019) as the only two-time 20-goal scorers in league history.

Niall at the six: With depth depleted in the defensive midfield as Tyler Gibson and Napo Matsoso both nurse injuries, it was LouCity veteran Niall McCabe who stepped into the role against Memphis 901 FC. Normally an attacking mid, McCabe shined by making 53 successful passes — 33 of those in the opposition's half. He also tallied two tackles, second-most on the field, provided a clearance and won three fouls, the most out of any player on the field.

Honors for JoGo: Left back Jonathan Gomez’s second game back since a stint with Mexico’s U-20 national team returned him to the score sheet and the USL Championship’s Team of the Week. Gomez tallied his eighth assist of the season when playing in a cross to Lancaster for the opening goal and later earned a penalty leading to Lancaster’s third goal. The 18-year-old also registered six recoveries, three interceptions and two key passes.

Debut night: Carlos Moguel Jr., the third member of LouCity’s academy to sign a professional contract, came on in the 79th minute of the Memphis win for his first appearance with the senior team. The Collins High product had twice beforehand appeared on the team sheet and has trained all season with the pros before agreeing to his contract in September.