The boys in purple will begin their quest for a third title at home. 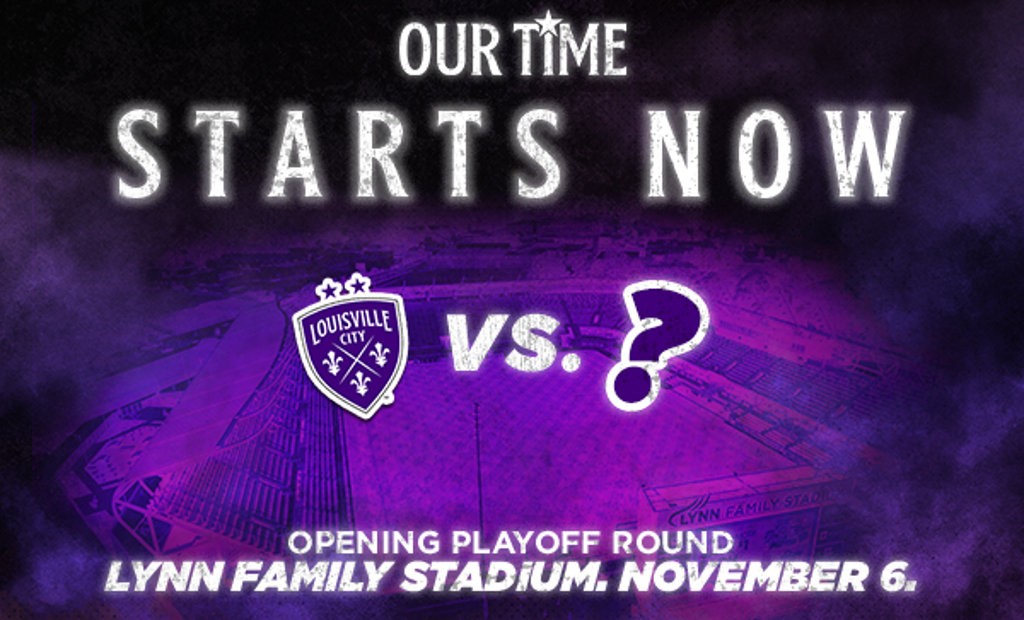 Louisville City FC will start its 2021 USL Championship Playoffs run when hosting a game the evening of Saturday, Nov. 6, inside Lynn Family Stadium.

Tickets go on sale to the public at 10 a.m. Tuesday by visiting LouCity.com/Playoffs or calling (502) LOU-CITY during business hours.

A kickoff time will be set later by the league. Likewise, the opponent is to be determined during this final week of the regular season.

LouCity has clinched a top-two finish in the Central Division standings. The club, a pair of points back of Birmingham Legion FC, travels to play Legion FC at 7:30 p.m. Saturday in a pivotal season finale.

Should LouCity defeat Birmingham and earn the Central’s top seed, it will begin the postseason versus the Atlantic Division’s No. 4. A two seed would put the boys in purple up against the Atlantic’s No. 3.

The USL Championship Playoffs are a 16-team event culminating with a Nov. 28 final. Beyond the opening round, host privileges will go to the side that earned more regular season points.

Heading into the season’s final week, LouCity is 17-7-7. Its 58 points make for the fifth-best record in the league, creating a number of scenarios for the boys in purple to play other postseason games at Lynn Family Stadium should they advance.

LouCity will be making its seventh straight playoffs appearance, qualifying each year since launching in 2015. City remains the only USL Championship club to win back-to-back titles, something it accomplished in 2017 and 2018.