Preview: What to watch for with LouCity at Atlanta United 2

Looking to bounce back from its first loss of the season, LouCity will face Atlanta United 2 on Sunday. 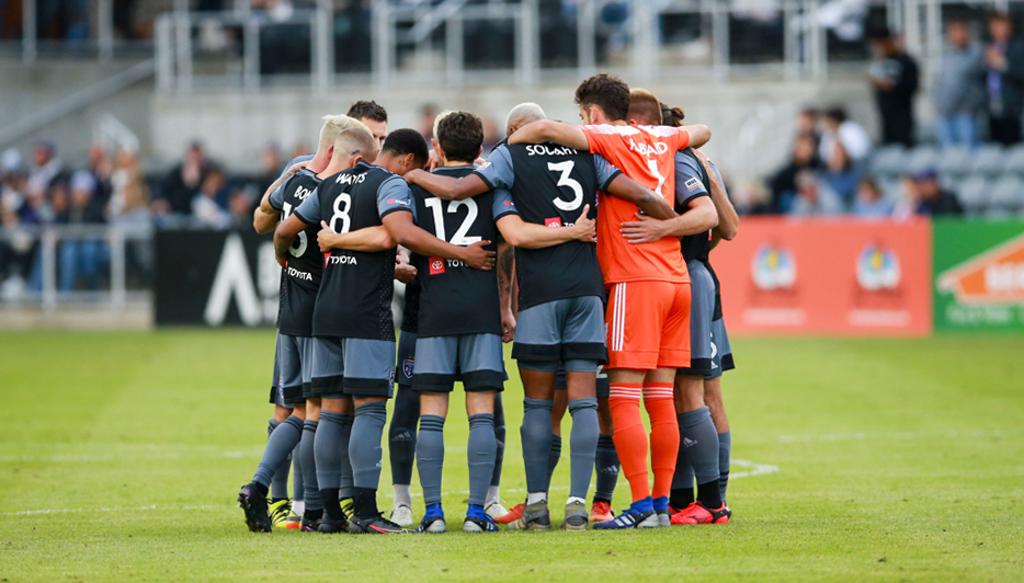 For the first time this season, Louisville City FC is both hitting the road and looking to rebound from a defeat.

The boys in purple will see Atlanta United 2 for a second time during the young campaign as they visit Fifth Third Bank Stadium, on Kennesaw State University’s campus, with kickoff set for 7:30 p.m. Sunday.

At 2-1-1 overall, LouCity enters off a 2-1 loss last Saturday against rival Indy Eleven having conceded a pair of second half penalty kicks. While the club will continue to be without rising star left back Jonathan Gomez, coach Danny Cruz will return the services of winger Brian Ownby as his suspension ends.

Atlanta also comes into Sunday off a loss, falling last Sunday to Birmingham Legion FC by a 1-0 score. Before that, however, the side went on a run of four games unbeaten following a season-opening loss to LouCity back on April 24. Atlanta United 2 will have new leadership following the scheduled departure of interim head coach Tony Annan to the University of South Carolina’s program.

Sunday’s matchup is the second of four between LouCity and Atlanta, both hailing from the USL Championship’s Central Division. Atlanta returns to Lynn Family Stadium on July 17 with the series finale away on Sept. 29. Division rivals are battling for top-four finishes to make the playoffs a the end of a 32-game season

Here’s what to know heading into Sunday…

• On the WBKI-TV (The CW)/ESPN+ streaming call: Joe Malfa (play by play) and Sam Lloyd (color).

Corben on cleanup: Midfielder Corben Bone opened his goal scoring account against the Indy Eleven, banging a shot off the post just before halftime to, at the moment, give his side the lead. Bone played off a Niall McCabe cross that bounced off striker Cameron Lancaster in the box, finishing the chance a season after he was LouCity’s second-leading scorer, numbering six goals in 18 appearances.

Pesky penalties: LouCity saw its lead against Indy dissipate when whistled for a pair of penalties. The boys in purple also saw a goal scored from the spot the only other time they dropped points this season in a May 8 draw with Birmingham Legion FC. Overall, the club has allowed just one of its four goals in the run of play through four games.

Greig goes 2-for-2: Since signing days before LouCity defeated the San Diego Loyal back on May 22, forward Kyle Greig, coming off three seasons with now-defunct Saint Louis FC, has become a key piece for LouCity. Greig scored minutes into his LouCity debut, then came on for fellow striker Cameron Lancaster in the 64th minute of the Indy game.

Ownby’s Return: Having served a two-game suspension stemming from the Birmingham game, Ownby will be available for selection Sunday for the first time since May 8. Known for his pace up the right side and knack for creating chances, his addition back to the team will add both depth and a legit threat. Last season, Ownby ranked second on the team in shots tried with 25.

Wynder goes pro: Josh Wynder this week became just the second Louisville City FC Academy player to complete the club’s pathway to pro following his older brother, Elijah, who signed a professional contract back in December. A 16-year-old defender, Wynder has regularly competed with age groups his senior, recently received an invitation to a U.S. Youth National Team Regional Identification Center and has appeared on LouCity’s USL Championship lineup sheets this season as a sub.

Another homegrown talent: Also out of LouCity’s academy program is midfielder Carlos Moguel Jr., who given a spate of injuries within the first team has appeared on Cruz’s last two team sheets. The 17-year-old from Shelbyville, Ky., is is with the club on a USL Academy contract, preserving his amateur status but allowing him to train with and play for the pro club. The senior out of Martha Layne Collins High School has been recognized as a Courier Journal All-Area, All-Louisville first team and All-State selection.

Who’s on the sidelines?: In the wake of Annan’s departure, Atlanta United 2 will reportedly be led by the club’s former U-17 coach, Jack Collison, who played professionally for West Ham United in the English Premier League. While Collison will be new to the USL Championship coaching ranks, he presumably knows a number of his players from the club’s youth academy system.

Paolo’s productivity: In these teams’ first meeting, it was midfielder and team captain Paolo DelPiccolo who boosted LouCity to a 2-0 victory over Atlanta United 2. With a brace, scoring off assists from Oscar Jimenez and George Davis IV, he matched his 2020 goal tally just one game into the 2021 season. The veteran out of the University of Louisville has pushed up in LouCity’s attack over the last year, leading to his opportunities on goal.

Away days: LouCity opened 2021 with a four-game home stand, with this trip to Atlanta its first on the road. The club will play 16 home and 16 away games in all this year, setting up a back half of the season in which the boys in purple will log plenty of miles. First, on June 12 it’s a date to look forward to with Lynn Family Stadium opening to 100% capacity for the first time as LouCity hosts Memphis 901 FC.