Preview: What to watch for with LouCity vs. Indy Eleven

Lots to look forward to as the boys in purple take on Indy Eleven in the first LIPAFC contest of 2021. 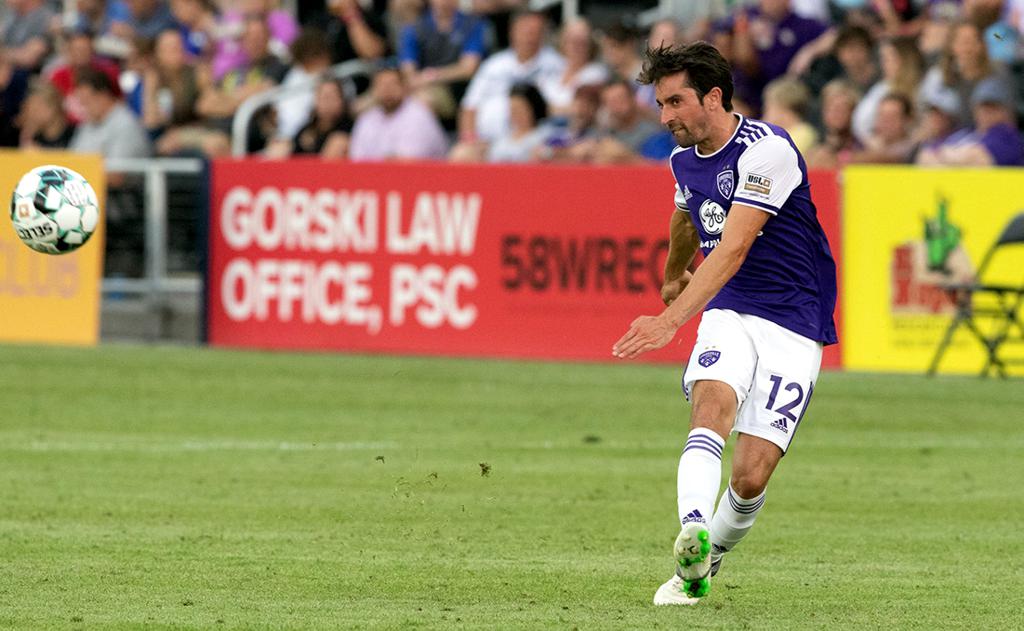 As of Saturday morning, it will have been 1,120 days since Indy Eleven has defeated Louisville City FC.

LouCity enters Saturday fresh off celebrating the club’s first win under new head coach Danny Cruz’s leadership over a Landon Donovan-led San Diego Loyal side. The club currently stands 2-0-1 on the season, also boasting a win over Atlanta United 2 and a draw with Birmingham Legion FC.

As with last week, LouCity will be without winger Brian Ownby, who has one game remaining in a two-game suspension. New, however, is the departure of left back Jonathan Gomez, who left this week for a call up to train with the Mexican National Team.

The boys in blue come to Louisville after a 2-1-0 start to the season. Indy is 1-0 on the road thanks to a season-opening victory over Birmingham Legion FC. The club fell in its return to Carroll Stadium, an 0-2 defeat to current Central Division leader FC Tulsa before bouncing back to defeat Sporting KC II last weekend.

Saturday’s game will be the first of four LIPAFC matchups this season with Indy visiting Lynn Family Stadium again on June 26 before LouCity goes to Carroll Stadium on Sept. 18 and Oct. 16.

Here’s what to know…

“They’re a good team. Every single one of those games are intense. Our guys are always up for the challenge. The expectation is that we continue to have success on the weekend. We know that it’s going to be a tough game. They’re a well coached team. They’re an organized team. They’ve brought in some good pieces. The boys will be ready. They’ve had a good week of training and we’re excited to get back at Lynn Family in front of our fans.”

• On the WBKI-TV (The CW)/ESPN+ streaming call: Mike Watts (play by play) and Ryan Davis (color).

Gibson’s now a good guy: Having signed with LouCity in the offseason, midfielder Tyler Gibson will look to make his second start in a row for his new club against his old side Saturday. The former Indy Eleven standout played every minute of the 2020 campaign. Here, he worked his way into Cruz’s second lineup after coming off the bench in LouCity’s previous games. Gibson, a holding midfielder, completed 50 passes with 94% accuracy.

Indy’s newcomers: Gibson was hardly the only member of the 2020 Indy Eleven roster to make an offseason move, as the club’s leading scorer Tyler Pasher and goalkeeper Evan Newton were both sold to MLS sides during the break. A rebuilt Indy squad now features forwards Manuel Arteage and Jordan Hamilton, who bring Copa Libertadores and MLS experience to the roster, along with midfielder Aboubacar Sissoko out of the Canadian Premiere League.

Back in black: The boys in purple will don new shirts revealed just this week for the Indy game. As with the club’s prior third kit iterations, this one features a black and gray color scheme. New this year is a polka-dotted front. The alternate jersey, as with LouCity’s home purple and away hoops, is available for purchase at the club’s Team Store or online at Shop.LouCity.com.

In the stands: In a final step toward 100% capacity, Lynn Family Stadium will increase to 75% of its 15,304 maximum Saturday. Also for now, the stadium continues to follow guidelines set by Centers for Disease Control and mirrored by the State of Kentucky allowing fully vaccinated persons to go mask-free in the venue. LouCity will then on June 12 host its official Grand Opening game at full capacity.

Count on Cam: After two scoreless games, top LouCity striker Cameron Lancaster opened his account for the 2021 season last out against San Diego Loyal. A foul in the box earned by midfielder Napo Matsoso sent the Englishman to the penalty spot in the early seconds of first half stoppage time. Lancaster’s initial strike was swatted away, but he struck the rebound into the back of net, giving the boys in purple their go-ahead goal.

Whirlwind debut: Just announced as part of the roster last Thursday, forward Kyle Greig made the bench for the San Diego game and found himself on the pitch in the 80th minute as a sub for Lancaster. The forward nearly converted on his first touch as a cross bounced around the box. Not long after, an Antoine Hoppenot-led counter sent defender Akil Watts flying into the box, where Greig leaped to meet the ball mid-air. It somehow rolled off the back of his leg and into the net for his first LouCity goal.

Top scorers: Greig made his goal his 59th in USL Championship play, while LouCity also features two others in the league’s all-time Top 10 for scoring. George Davis IV has scored 56 goals and Lancaster 52, providing the boys in purple a potent threat up top. Lancaster figures to hold the starting role, with Greig — known for his physical play having spent the 2018-2020 seasons with now-defunct Saint Louis FC — providing a change of pace for Cruz’s offense.

On to El Tri: LouCity will be without rising star defender Jonathan Gomez for a couple of weeks, as the 17-year-old this week joined the Mexican National Team for training as it prepares for Concacaf Nations League games and a May 30 friendly against Iceland. Gomez started the first three games of Louisville City FC’s season and earned Man of the Match honors after trying 14 crosses, winning eight duels and taking a shot on goal May 8 against Birmingham Legion FC.

A victory Cruz: Saturday night marked the beginning of the next winning era for LouCity when Cruz, the 31-year-old former assistant to John Hackworth, nabbed his first win as manager since taking over the role in late April following the departure of John Hackworth. The boy in purple drew with the Birmingham Legion in Cruz’s first match as boss. After a two-week refresh, LouCity earned a 2-1 win over San Diego Loyal.