the visitors equalized through a controversial penalty kick sequence. 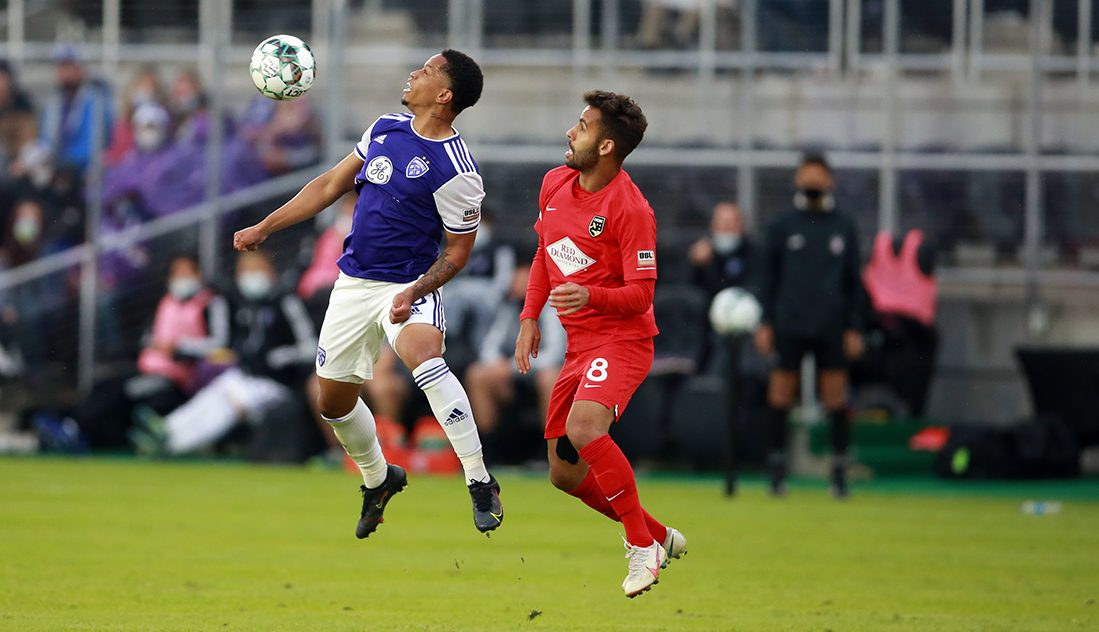 Lynn Family Stadium on Saturday played host to a 50% restricted capacity crowd of 7,652 that made itself heard as Louisville City FC played visiting Birmingham Legion FC to a 1-1 draw.

In the first game under interim coach Danny Cruz’s leadership, LouCity struck early when Pat McMahon headed in a third-minute corner. Birmingham, though, equalized when Neco Brett was awarded a retry at a second half penalty, much to the chagrin of those fans.

The chaos, combined with a slew of breaks in play due to injuries, led to the referee adding 12 minutes past the regular 90. But neither side truly threatened late in a stalemate within the USL Championship’s Central Division.

“Disappointed to not the three points here at home, but I was really proud, I just told the guys, of the collective effort," Cruz said. "I think we created enough opportunities to win the game. I think we’ve got to be a little better in the box.

Tracking back, McMahon slid and nicked Brett in the box, triggering the penalty much to the crowd’s chagrin. The stadium reached a fever pitch again moments later goalkeeper Chris Hubbard blocked Brett’s first attempt, then also turned away the ensuing rebounded try.

Officials, however, deemed Hubbard moved off his line early. Brett slotted his ensuing retry in for a goal.

New this season, division foes play each other twice home and away during the league’s 32-game season. The top four advance to the playoffs, with LouCity and Birmingham figuring to be right in that hunt.

That’s even with the recent coaching change at LouCity, which put the 31-year-old Cruz in charge following a victory for the boys in purple back on April 24 to open their campaign. The club had a week off to acclimate and opened quickly.

Working the right side, midfielder Corben Bone drew a foul just outside the box, and his free kick led to a corner. Bone took it from the left side and found McMahon for a header, marking the defender’s first goal since 2019.

“It was a good start by the group, I thought," Bone said. "We were on the front foot."

Despite not finding a game winner, LouCity asserted its attack, numbering 12 shots to Birmingham’s 8, out-passing its opponent 526-363 and tallying 14 corners taken, many of them attempted by rising star defender Jonathan Gomez.

With a quirky schedule to open its campaign, LouCity gets another week off before welcoming San Diego Loyal -- one of the few teams on the schedule outside the Central Division -- on May 22. Loyal is co-owned and managed by U.S. Men’s National Team legend Landon Donovan.

Man of the Match: Jonathan Gomez

Louisville City FC: 3’ Pat McMahon header from the right side of the box to the top left corner. Assisted by Corben Bone off a corner kick.

Birmingham Legion FC: 60’ Neco Brett converts a retried penalty with a right-footed shot to the right side.