Preview: What to watch for with LouCity vs. Birmingham

The boys in purple host a top Central Division contender at 7:30 p.m. Saturday. 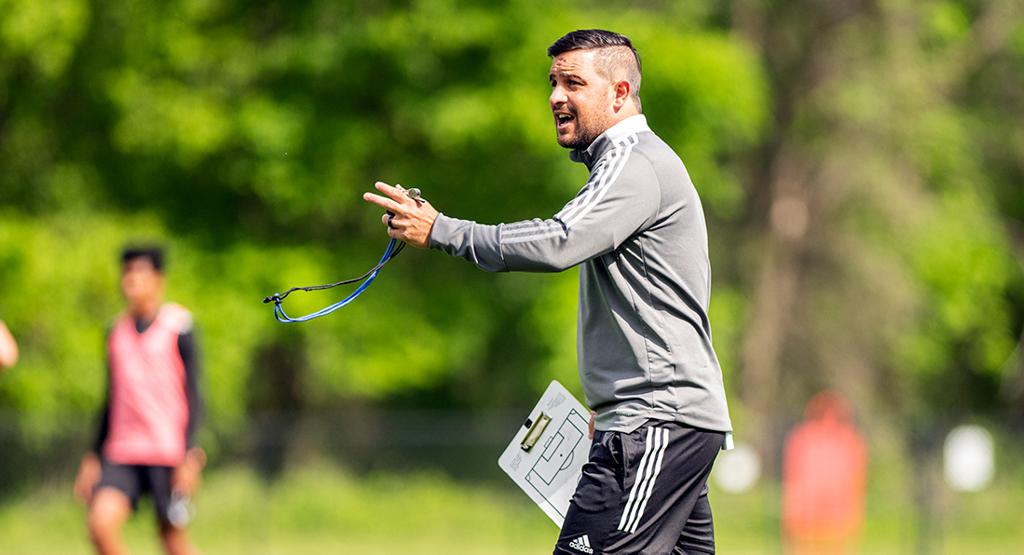 For the first time in nearly three years, Louisville City FC is poised to take the pitch under new leadership.

The Danny Cruz era officially begins at 7:30 p.m. Saturday when the boys in purple host Birmingham Legion FC at Lynn Family Stadium in their second USL Championship game of the new campaign.

Formerly LouCity’s top assistant coach, Cruz has been appointed interim head coach of what has been the winningest team in American professional soccer since LouCity first kicked off in 2015. A managerial transition, Cruz said, doesn’t change the club’s goal of raising a trophy “whether it’s me or somebody else in the seat.”

LouCity will enter Saturday’s game fresh, having received a weekend off following its 2-0, season-opening victory April 24 over Atlanta United 2. Birmingham, meanwhile, comes in off a 1-0 defeat to Indy Eleven.

Saturday’s game will mark first of four regular season meetings between Central Division foes that last saw one another in May of 2019. That game ended in LouCity’s favor, with Sean Totsch burying a 90th-minute penalty kick in the third round of the Lamar Hunt U.S. Open Cup.

“I’m excited. I get to work with these guys every single day. They’ve been prepared all week, trained really well. I’m excited, I’m not nervous. I’ve certainly had a lot of moments in my career — both as a player and a coach — and for me it’s we have to go out and we have to win the game in front of our fans.”

• On the WBKI-TV (The CW)/ESPN+ streaming call: Josh Eastern (play by play) and Devon Kerr (color).

Shorthanded visitors: Birmingham has trended up in recent years with back-to-back postseason appearances. One key offseason addition, the reigning Golden Boot winner Junior Flemmings, will miss Saturday's game while carrying over a suspension from 2020. Additionally, forward J.J. Williams will be out having received a red card in the Indy Elven game. But Birmingham should feature prolific scorer Nico Brett, who has tallied 41 goals over the last three seasons.

Fresh faces: Despite returning nine of 11 starters that led LouCity into last year’s playoffs, culminating with a sixth consecutive Eastern Conference Final appearance, the club rolled out a lineup with five fresh faces against Atlanta United 2. Midfielders Napo Matsoso and Niall McCabe, defenders Jonathan Gomez and Akil Watts along with goalkeeper Chris Hubbard all earned starts as the boys in purple opened the season on a winning note.

New in purple: Fans also got their first look at two more recent additions to the LouCity roster in the Atlanta game as forward Jimmy McLaughlin and midfielder Tyler Gibson played their first official minutes in purple. Subbing in the second half, when the club scored both its goals, they added a spark to the attack with Gibson completing 16 passes to McLaughlin’s 13.

PdP approved: In the past, midfielder and team captain Paolo DelPiccolo was known for a central role. He has moved up in the attack this season and immediately saw benefits, registering a brace in the Atlanta win having been on the right end of services in the 69th and 87th minutes. The performance earned the former University of Louisville standout USL Championship Player of the Week honors.

The perfect assist: Sixth-year LouCity veteran George Davis IV is excelling in his dual role as midfielder and team administrator. Davis IV showed he hasn’t missed a step on the field, playing a cross into the box shortly after subbing on in the Atlanta game that set up DelPiccolo’s second goal. Davis IV, also tasked with the squad’s day-to-day operations, leads the USL Championship all time in appearances with 234.

Gomez emerges: Outside back Jonathan Gomez is flashing the type of skill that has the 17-year-old on the radar of a number of European clubs. Making just his fourth start in purple, the defender was instrumental in maintaining LouCity’s clean sheet against Atlanta. He led LouCity in clearances with five and won seven of his duels. Gomez also played a clever ball in that led to Davis IV’s assist to DelPiccolo.

Bolstering the keepers: While Louisville native Chris Hubbard appears to have a hold on the No. 1 role between the post, LouCity has more depth going into this weekend. Parker Siegfried has returned to the club following a brief loan stint with Major League Soccer’s Sporting KC, which was in need of a second keeper amid a spate of injuries. Both Siegfried and Frenchman Simon Lefebvre signed with LouCity during the offseason to round out the corps.

In the stands: More fans will be able to experience Lynn Family Stadium this season with capacity restrictions recently increasing to 50%. A sellout crowd of 7,652 showed up for the Atlanta United 2 game despite a rainy evening. Last year, LouCity supporters served as a model while sports returned to play amid the pandemic. Safety protocols, including a mask mandate, will continue into 2021 at Lynn Family Stadium.