He poured in 8 goals across 10 appearances last season in the USL Championship. 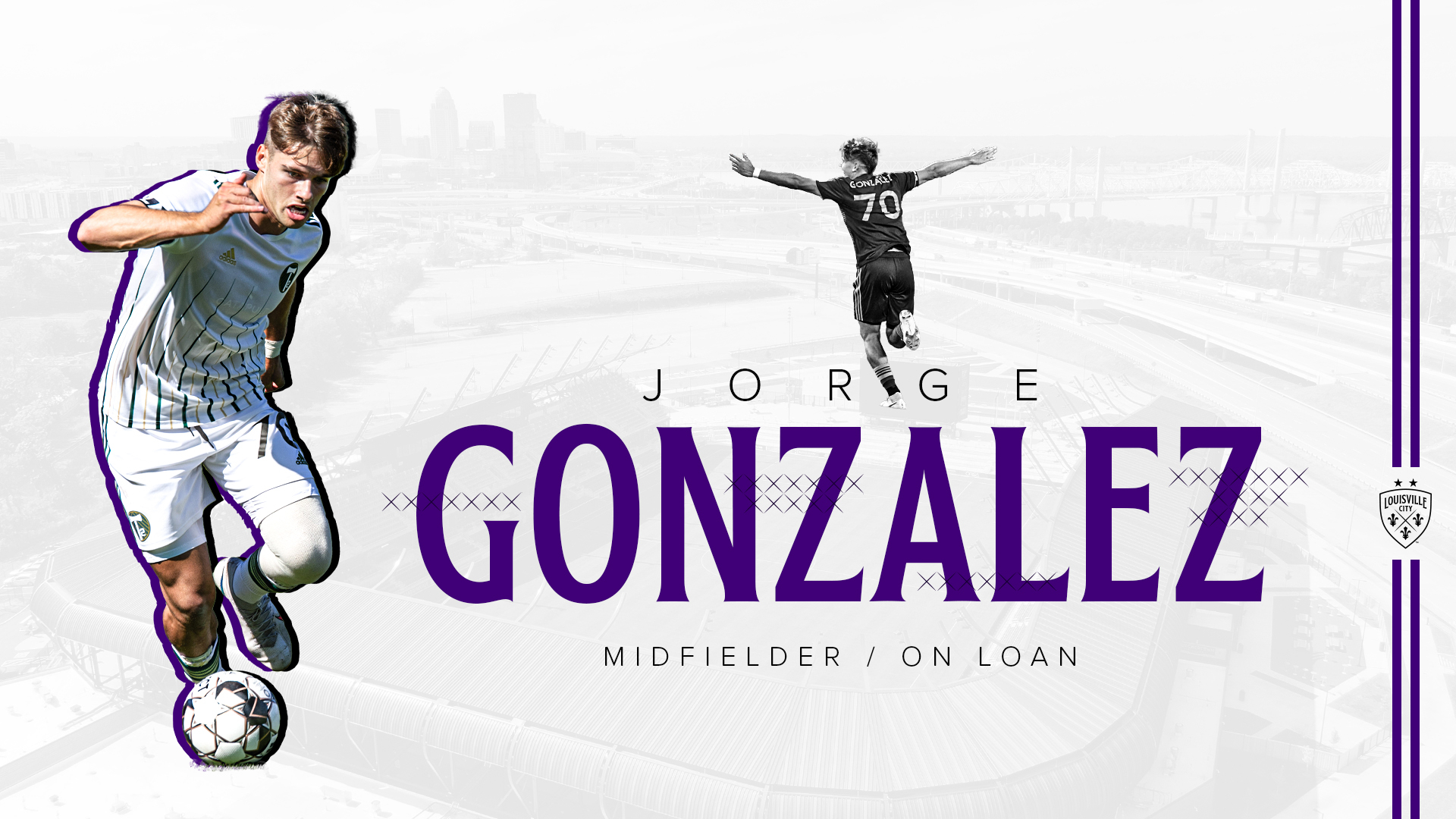 The 22-year-old, who signed a new deal with the Timbers, has reported and will be eligible Saturday when the boys in purple play away against Chattanooga FC in a 3 p.m. preseason exhibition.

“It’s a win-win situation for us and Portland,” said LouCity’s head coach and sporting director, John Hackworth, who envisions Gonzalez in various attacking roles. “He fits the profile in terms of technical and tactical ability, but he’s also a really good person who’s going to increase the competitiveness for playing time on the field.”

Gonzalez joins the boys in purple after spending last season with the club’s USL Championship side, Portland Timbers 2, pouring in 8 goals across 10 appearances during an abridged campaign. He caught particular fire in September, registering 6 goals and an assist across five appearances.

A native of Valencia, Spain, Gonzalez made the move to the United States in 2016 to play collegiately at NCAA Division II’s Mercyhurst University in Erie, Penn. In his one season with the Lakers, the midfielder had a Pennsylvania State Athletic Conference Freshman of the Year campaign while tallying 14 goals and 4 assists in 18 appearances.

Gonzalez then transferred to Division I SIU Edwardsville, where he was coached by future LouCity Academy Director Mario Sanchez. The midfielder finished a decorated three seasons there by being named the 2019 Mid-American Conference Men’s Soccer Player of the Year.

Gonzalez, who also competed with USL League Two side Chicago FC United during his senior year at SIUE, went 76th overall in the 2020 MLS SuperDraft to LAFC. He wound up signing with the Timbers, joined their USL side and made his professional debut on Aug. 3, 2020, in a 4-0 victory over the Tacoma Defiance.

"I’m really excited to be here after a long time without being on the pitch," Gonzalez said. "I can’t wait to play my first game in Lynn Family Stadium. Louisville City FC has always been a great team looking in from the outside. It’s great to join them for the season."

Gonzalez is the sixth newcomer to join LouCity ahead of the 2021 season, which kicks off April 24 against Atlanta United 2. The boys in purple also return a core of 18 athletes who finished 2020 on a run of 13 games unbeaten to reach the USL Championship’s Eastern Conference Final.