Four cross-division games are among the highlights this year. 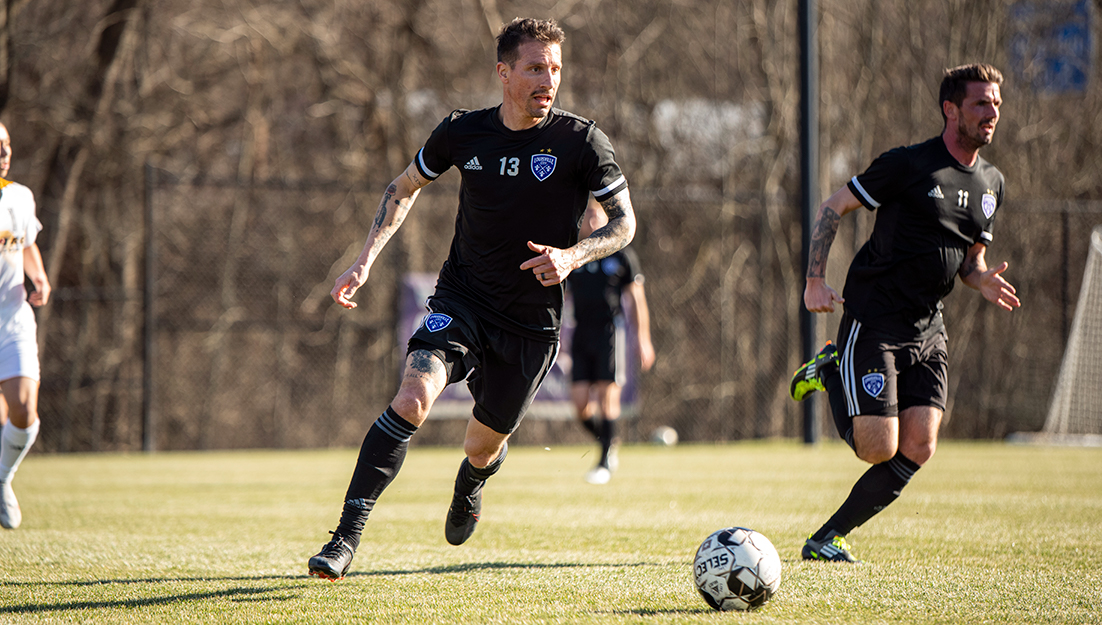 The USL Championship season is nearly upon us, and with Tuesday's schedule release, it finally feels real.

Since last fall's heartbreaking loss in the Eastern Conference Final after a serious surge up the table, the boys in purple have their sights set on a return to the USL Championship Final for what would be the fourth time in five seasons.

The club figures to once again be among the top teams in the USL Championship's Eastern Conference, and Birmingham Legion, Indy Eleven and Tulsa look like the primary competitors in the Central Division.

Starting with the April 24 opener, let's run through the seven games on the 2021 schedule that stick out the most to me.

After a long offseason, the rubber meets the road when Louisville City hosts Atlanta United 2 on a Saturday to open the latest quest for the league trophy. You just never know what you'll get when Atlanta United 2 comes to town with its young roster of MLS prospects. Former Pittsburgh Riverhounds midfielder Robbie Mertz joined the club in the offseason. Big-time scorer 2020 MLS SuperDraft pick Phillip Goodrum should be in the mix, too. And it's the opener, when all that pent-up energy bursts.

Storylines abound when team owner and manager Landon Donovan's club comes to the Derby City. Not only will U.S. Soccer's most famous alum be prowling the touchline for the Loyal but John Hackworth's son, Morgan, will be wearing the orange and white.

A week later, Louisville City hosts its USL Championship arch rival in the first of four Louisville Indianapolis Proximity Association Football Contest meetings. A familiar face from the derby, Tyler Gibson, now wears purple and will be facing off against his old team for the first time, adding some spice to the occasion. Indy Eleven also added Nicky Law, a midfielder with 16 years of experience in English and Scottish football, this offseason alongside a handful of players with MLS experience.

The Switchbacks open up the brand-new, 8,000-seat Weidner Field this season, and Louisville City makes one of the first road trips west to experience the new digs. Bring the oxygen masks: The stadium is set at the highest elevation of any in American soccer. Also of note: Former LouCity defender Jimmy Ockford joined Colorado Springs this offseason.

I know, I know: two games against Atlanta United 2 on this list?! But this one, just like the season opener, could very well be a big for its own reasons. Sure, it's the first home game in July, but it also gets toward the time of year when LouCity should have anywhere close to a crowd at the 15,304-capacity Lynn Family Stadium. Just the thought of that gets me giddy.

The USL Championship's attendance leader in 2019, pre-pandemic, makes the trek east to Lynn Family Stadium for a showdown with another club known for its serious home support. Former LouCity attacker Ilija Ilic signed with New Mexico over the winter, meaning he'll once again visit the boys in purple after spending recent seasons at Indy Eleven. This is the first meeting between clubs, too.