The club's next in action Saturday in an away game open to fans. 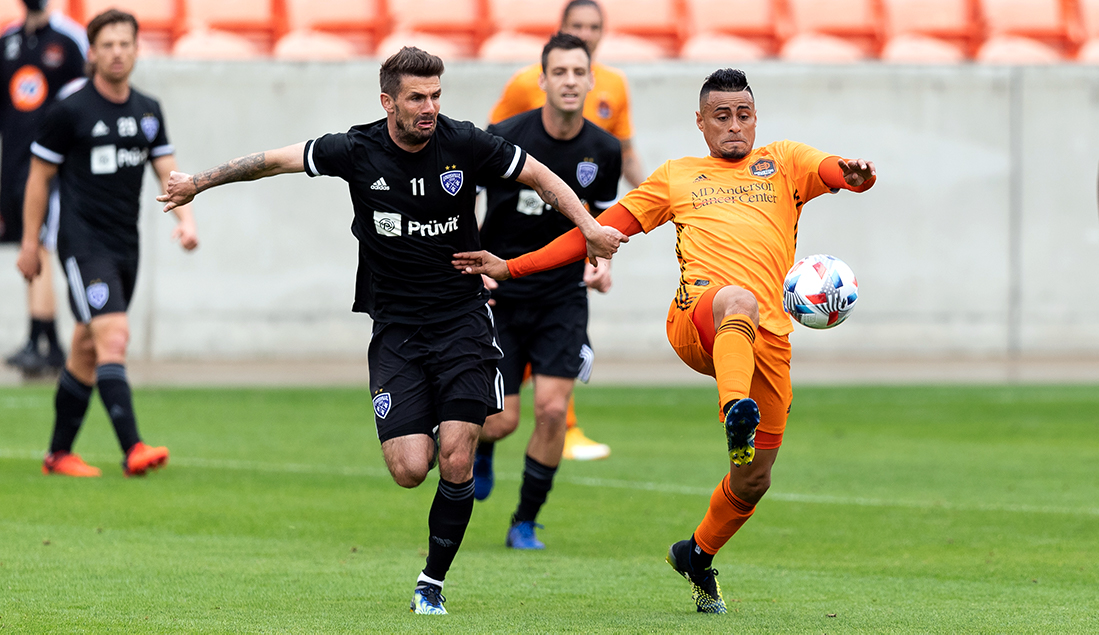 For the second weekend in a row, Louisville City FC fell victim to a slow start in preseason action against Major League Soccer competition, losing out by a 2-0 score to Houston Dynamo FC.

Houston, which hosted the closed-door game at its BBVA Stadium, scored both goals inside the first 30 minutes of a game split into regular 45 minute halves. The clubs then continued to play 25 minutes into extra time, allowing the MLS side’s reserves to see the pitch.

This result finished a road swing that saw LouCity drop a 4-0 friendly last weekend with Nashville SC before private exhibitions were played midweek against Austin FC. LouCity also opened preseason with a 3-0 victory at FC Cincinnati, with all three of those clubs MLS members, too.

"It was another really good challenge for us," said John Hackworth, LouCity head coach and sporting director, of the Dynamo, who are managed by his former boss at U.S. Soccer, Tab Ramos. "I thought we played some really good soccer. You can see the glimpses of us being at a really high level. In fact, I thought we had them on their heels much of the game."

Houston midfielder Fafà Picault and forward Maximiliano Urruti secured the early Dynamo lead, hitting the back of the net in the fifth and 27th minutes. LouCity wasn’t without some chances of its own in the first half, as defender Oscar Jimenez and forward Antoine Hoppenot forced Houston’s keeper into save situations.

That energy carried over into the second half for the boys in purple when Jimenez and fellow defender Jonathan Gomez got looks on goal. In the process, LouCity played all 22 rosters who made the trip, including a pair of academy members, 17-year-old midfielder Carlos Moguel and 15-year-old defender Joshua Wynder.

"Unfortunately, we gave up an early goal, which changes things, and we've done that in each of the last three matches," Hackworth said. "That's frustrating, and then we created some really good moments but didn't find the back of the net. Specifically, we missed two sitters."

Sunday’s contest marked the first-ever meeting between the two sides but acted as a homecoming of sorts for forward Brian Ownby, who made 29 appearances with the Dynamo after Houston selected him as the no. 7 overall pick in the 2012 MLS Supplemental Draft. LouCity assistant coach and technical director Danny Cruz also played three seasons for the Dynamo from 2009-2011.

Ahead of its April 24 USL Championship opener, the boys in purple continue their preseason Saturday with a trip to play Chattanooga FC of the National Independent Soccer Association. Chattanooga is hosting fans at 20,412 capacity Finley Stadium with tickets available at cfctix.com.