The local midfielder has trained and played for the first team on an academy deal. 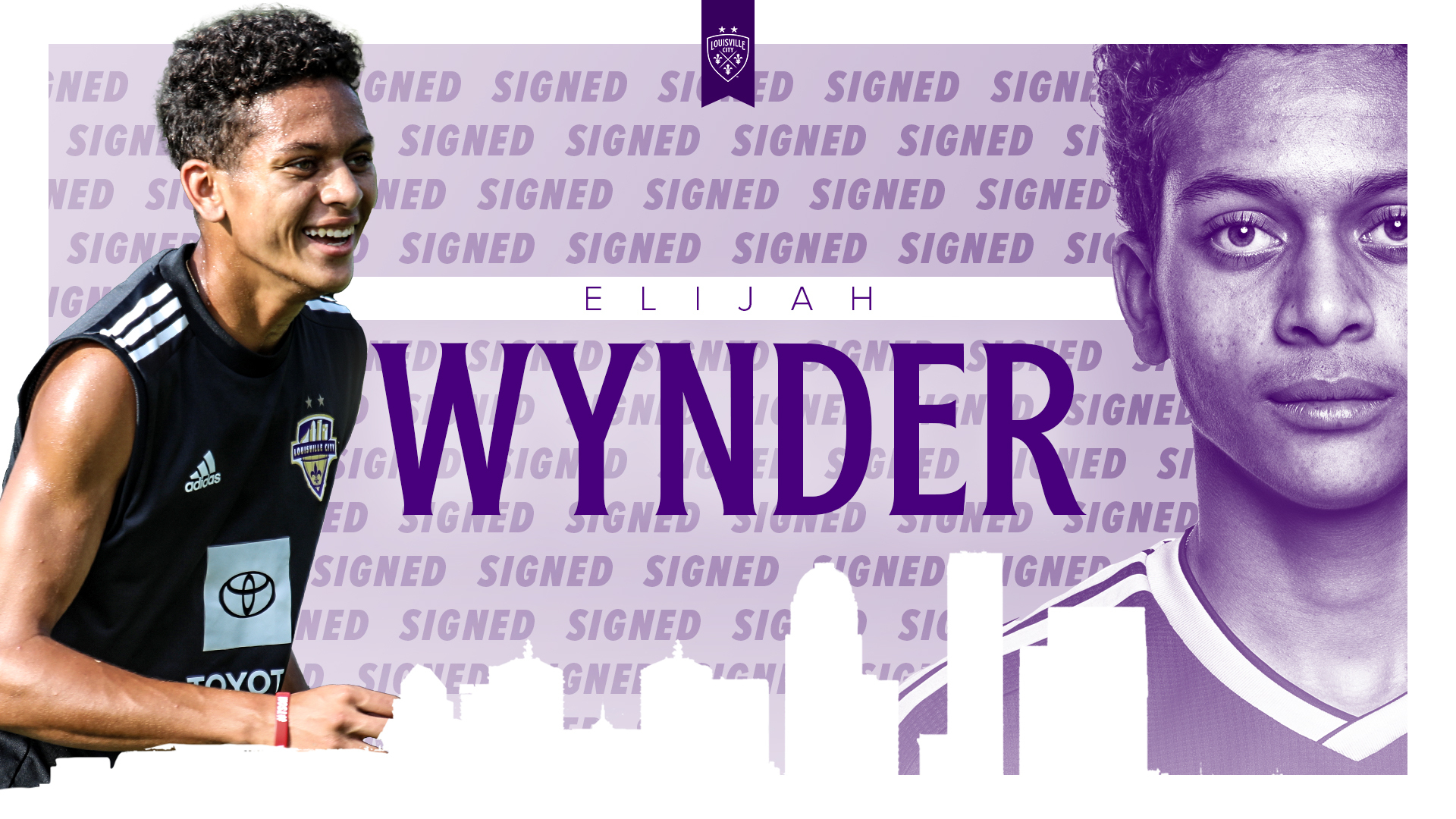 Elijah Wynder, who made history in 2019 when signing Louisville City FC’s first academy contract, has taken his career to a new level by agreeing to a full professional deal with the club, it was announced Monday.

A 17-year-old from Oldham County, Wynder projects as a key player in the LouCity midfield after making his USL Championship debut in 2020, training regularly with the pro squad and appearing in marquee youth academy events.

“Signing Elijah to his first professional contract is a monumental moment for our club and our youth soccer community in general,” said LouCity Head Coach and Sporting Director John Hackworth. “Elijah was a talented player when we initially brought him into train with our team, but he needed to learn the level of commitment that it was going to take to get to the professional ranks. Elijah took his opportunity after signing his academy contract last year.

“Our hope is that Elijah is the first of many local players to develop in our current pathway to becoming a professional player here in Louisville. It certainly should inspire both boys and girls from this region to believe that they can accomplish the same thing that Elijah just did.”

Wynder, named Boys Soccer Player of the Year at the Courier Journal Sports Awards last June, poured in 24 goals and tallied 12 assists as a junior at Louisville Collegiate in 2019. He also appeared for LouCity’s first team during its U.S. Open Cup run.

In 2020, Wynder starred in February’s USL Academy Cup — the boys in purple went 2-1 — before rejoining the first team. The season culminated for him in the second half of an Aug. 15 victory over Loudoun United FC. The midfielder came on as a substitute in his USL debut, played beyond his years by taking a shot, completing his passes and winning a corner with an effort that had the locker room overjoyed.

“Ever since I’ve gotten here, I’ve loved the team and the culture,” Wynder said. “It’s been a great experience, and I’m blessed to continue it.”

Prior to his time with LouCity, Wynder came up through the Ohio Elite Soccer Academy-Kentucky, now known as Elite FC Louisville.

“I’ve been around Elijah and his family forever,” said Charlie Traughber, Elite FC Louisville’s executive director. “One of the things we’ve always done from our side is put the player first — whether that’s wanting to play high school, college or professional soccer. Elijah was focused from a pretty early age on getting to the highest level, so to develop a player into someone who can sign a professional contract is fantastic.

“Being able to be from Louisville and play here, this is a huge thing for the soccer community to show the kids that there is a path. They don’t necessarily have to travel all over the country or out of the country to achieve their goals.”

An academy contract preserved Wynder’s NCAA eligibility, but he chose to live out a longtime dream by going pro ahead of the 2021 season. Wynder’s parents, Ranae and Mike, along with his siblings recently joined LouCity’s newest signee as he put pen to paper on a contract at Lynn Family Stadium.

“This is a great moment for Elijah and his family, plus the LouCity and the local soccer community,” said Mario Sanchez, the club’s academy director. “I am extremely proud of the commitment Elijah has made to dedicating himself on and off the field, both with the academy and with the first team, to pursue his dream of becoming a professional soccer player.

“Elijah is a great example to all the local boys and girls in our community who aspire to follow their dreams that with hard work and dedication you can achieve your goals here.”

“It means a whole lot to be able to sign with the team where I’m from and represent the city,” added Wynder, who’s the 19th confirmed member of LouCity’s 2021 roster.

The club returns a strong core of players from a team that carried a 13-game unbeaten streak — including six straight wins — to the USL’s Eastern Conference Final. The boys in purple have never come up short of the league’s national semifinal round in their six seasons of play.