Takeaways: Why it’s an ‘extra special’ season for the boys in purple

All you need to know from coach John Hackworth's playoff preview. 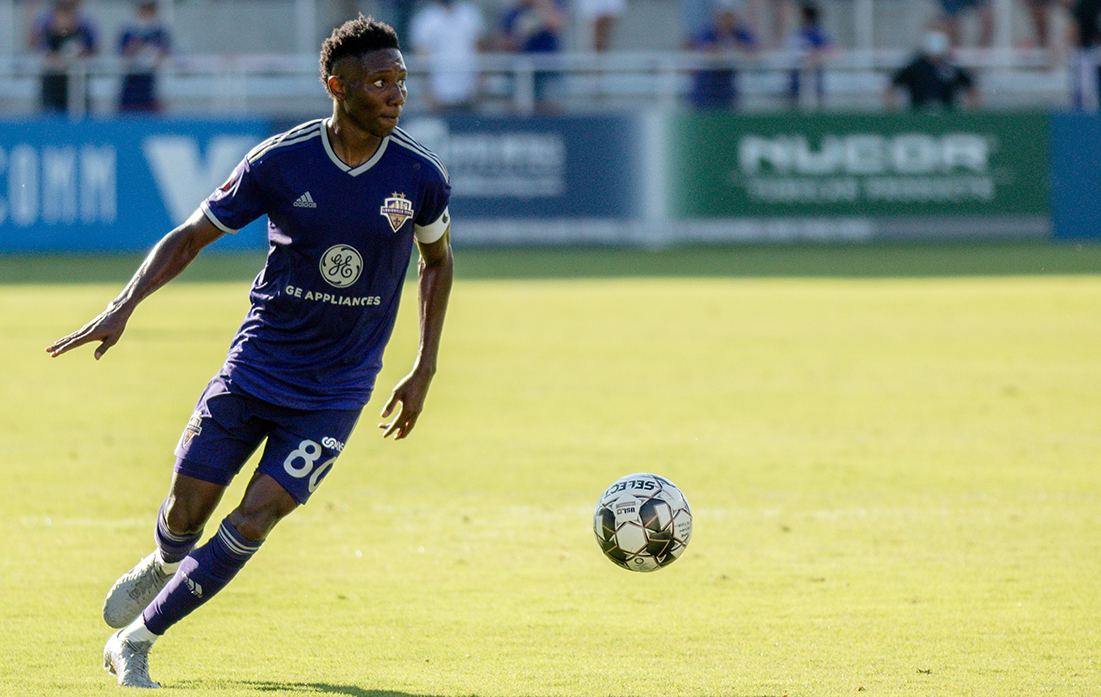 In other professional leagues with shortened 2020 seasons due to the COVID-19 pandemic, talk of asterisks next to titles has permeated a number of conversations.

Coach John Hackworth, however, doesn’t view Louisville City FC’s run to the best USL Championship record in the Eastern Conference in that light.

“If we would have rolled everybody at the start of this year like we did at the end of it, I would say, ‘Yeah, maybe we can put an asterisk on this one,’” said Hackworth, whose team restarted the season 1-3 in July, then from there rattled off 11 games unbeaten.

“Since we literally were fourth and last in our group at the start of August, I think it’s exceptional that we’ve come back with all of this adversity, because it’s an easy excuse. We could have said, ‘Hey, 2020, it’s a crazy year and things are happening to us.’ But we didn’t do that. We didn’t do that at all, and that makes it extra special.”

LouCity carries the No. 1 seed out of the USL’s Group E into the playoffs, which for the boys in purple begin at 7:30 p.m. Saturday against Pittsburgh Riverhounds SC at Lynn Family Stadium. Here’s more from Hackworth, who met with the media early this week to preview the postseason…

Pittsburgh, of course, spoiled Lynn Family Stadium’s debut back on July 12 when the Riverhounds registered a 3-1 victory over LouCity. The boys in purple have made some personnel changes since then, mainly on a back line, but they didn’t abandon their core philosophies.

Hackworth cited a “strange break” due to COVID-19, which shut from play from March until mid-summer, adding that LouCity “came out of the gates a little slower than we wanted to.”

“We were trying to play a style that we still play today,” Hackworth said. “We’re just more effective right now. We made some mistakes in that Pittsburgh game that really hurt us. While we didn’t change wholeheartedly, what we did is we learned from it. We adapted. We made some slight changes.”

The USL Championship didn’t award a formal regular-season Eastern Conference title — going back to that asterisk conversation — but there’s still incentive to out-do more than clubs within a group. Beyond Saturday’s opening playoff round, better record will determine home field advantage.

LouCity has guaranteed itself games at Lynn Family Stadium through at least the Eastern Conference Final should it advance. Only two sides from the Western Conference — Reno 1868 and Phoenix Rising — would host the USL Final over the boys in purple.

“I love the fact that our fans are who they are,” Hackworth said. “Even though they’re not able to be with us in the full capacity right now, at 30% this place is still loud and still exciting and you can feel the energy.”

Hackworth has been known to change things up on a familiar opponent, notably when he shifted Napo Matsoso into the attacking midfield to coincide with the start of LouCity’s unbeaten streak, then surprised with a new formation during the run, mixing a 3-5-2 in with the club’s regular 4-3-3.

Now, LouCity’s coaches are wondering how the Riverhounds may show up Saturday. Their coach, Bob Lilley, won a USL title in 2015, with his teams known for solid defense and lethal counter attacks.

“We know they’re going to come here and probably do something we haven’t seen before,” Hackworth said. “Both of us are a little different than when we played them back in July. It will be an interesting game for sure.

“It will be tight. It will be extremely hard. This is not one of those games that there’s going to be a clear indication of who’s winning early. It’s going to go down to the last whistle.”

LouCity, as noted, has gone 11 games unbeaten. The boys in purple also finished the regular season with six straight wins to clinch the No. 1 seed out of Group E.

Pittsburgh’s record is comparable. The ‘Hounds have won six of their last seven, mixing in a trio of 3-0 score lines and one 5-0 victory over that span. A lone loss to Hartford Athletic on Sept. 26 created an opening to push Pittsburgh back to a No. 2 seed.