Goal scorer Williams named to USL Team of the Week

He headed in a game winner as the boys in purple clinched their No. 1 seed. 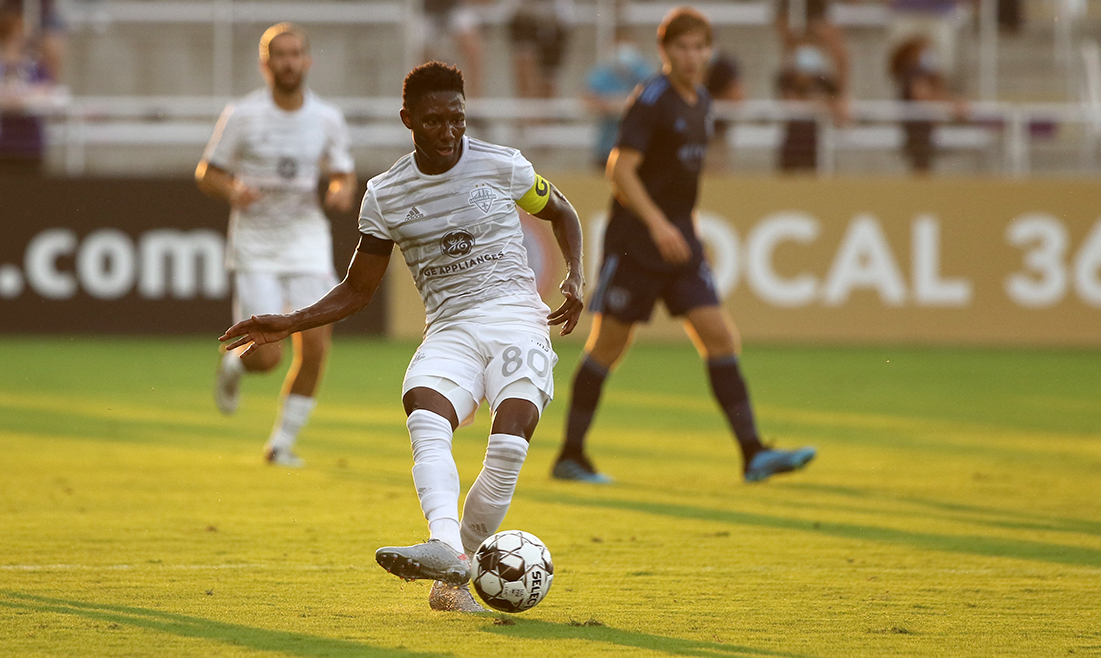 Midfielder Devon “Speedy” Williams, whose headed goal last weekend at Saint Louis FC made the difference in a 1-0 victory, was on Tuesday recognized on the USL Championship’s Team of the Week.

Williams finished off a 44th-minute curling corner kick from Oscar Jimenez to notch his career-high fourth goal of the 2020 season. In doing so, LouCity also extended its unbeaten streak to 10 games and clinched a No. 1 playoff seed.

A 28-year-old from Jamaica, Williams also completed all but seven of his 62 passes in the away win. On the season, Williams’ 904 passes are most of any USL player as he leads distribution from the central midfield.

GK – Cody Laurendi, OKC Energy FC: Laurendi marked his 100th appearance for Energy FC with a five-save shutout, including a penalty kick save late in the first half, as OKC earned a 0-0 draw with Austin Bold FC on Sunday.

D – Dekel Keinan, Sacramento Republic FC: Keinan scored the equalizer for Republic FC in its 1-1 draw on the road against Reno 1868 FC, completed 27 of 33 passes and won 10 of 11 duels defensively in a solid all-around performance.