DelPiccolo proves to be a 'vital piece' of LouCity's unbeaten streak

His return coincided with the start of the club's current nine-game run without a loss. 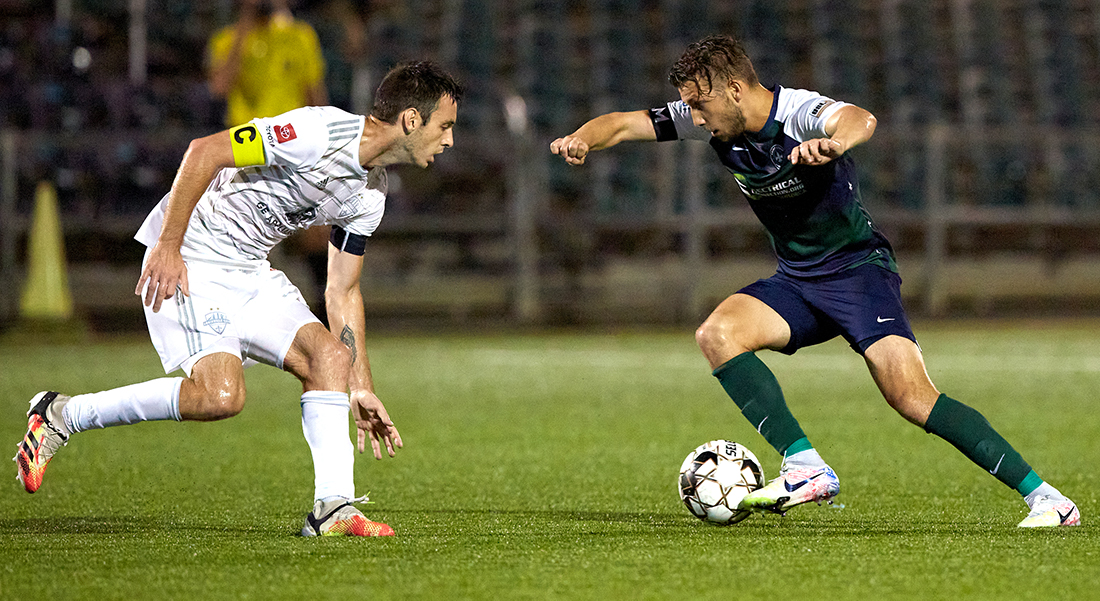 Having captained the vast majority of Louisville City FC games since donning the armband to begin the 2017 season, Paolo DelPiccolo has seen the nature of that role change over the years.

Players he used to mentor are now considered veterans. Leadership is done by committee.

“It’s everyone doing it, not just me” DelPiccolo said.

But there remains plenty of evidence the boys in purple rely on their captain. DelPiccolo, on the pitch as LouCity restarted its season in July, missed the next three games as the club completed July with a 1-3 record.

DelPiccolo reentered the lineup, however, and LouCity hasn’t lost since, rising to the top of the table, clinching a playoff position and now sitting just one point away from the USL Championship’s Group E top seed.

“He’s a good footballer,” coach John Hackworth said of DelPiccolo, “and his leadership and the way that he plays, I think, does a lot for our team. He leads on the field by example, and he plays the game the way all of us expect it to be played.”

A central midfielder by trade, DelPiccolo has moved up into LouCity’s attack amid a nine-game unbeaten streak the boys in purple carry into the weekend, when they visit Saint Louis FC for an 8 p.m. kickoff at West Community Stadium.

DelPiccolo has scored a goal this season and remains aggressive, leading LouCity with five aerial duels last out in a rout of Memphis 901 FC. He’s also quick to discuss a whistle with the head official and is known to step in, handling any confrontation his teammates take up with the opposition.

“We’ve given him a little more freedom — pushed him up the field,” Hackworth said. “He thinks he’s an attacking midfielder right now. We have some debates about that. But there’s no question that Paolo has always been and continues to be a vital piece of what we do and how we do it.”

A 29-year-old from Colorado, DelPiccolo has roots in town as a former University of Louisville standout who helped the Cardinals to the 2010 College Cup’s final; his 23 career assists remain a school record.

After stints with other USL clubs in Arizona and North Carolina, DelPiccolo signed with LouCity for the 2016 season and has since settled back in Louisville, where the boys in purple have won two USL titles and reached the championship game again in 2019.

“It’s always been a point of pride for this club — the character and determination and fight of the team,” DelPiccolo said. “That hasn’t changed with this team.”

In hindsight, he added, it was especially tough watching form the sidelines as LouCity stumbled from the gate upon the restart. Now, though, “Obviously guys are in a good mood. Guys are having fun. Guys are enjoying their football,” DelPiccolo said.

“But I think one of the big things us, the last four of five years I’ve been here, is still maintaining focus. Sometimes these games are tricky. We still have a lot to play for in the Eastern Conference. For us, it’s not just getting the results but maintaining a high level of football, because that’s what’s important to us.”