LouCity, Indy Eleven even after first LIPAFC meeting in 2020

A goal in either half resulted in a 1-1 draw Saturday night at Lynn Family Stadium. 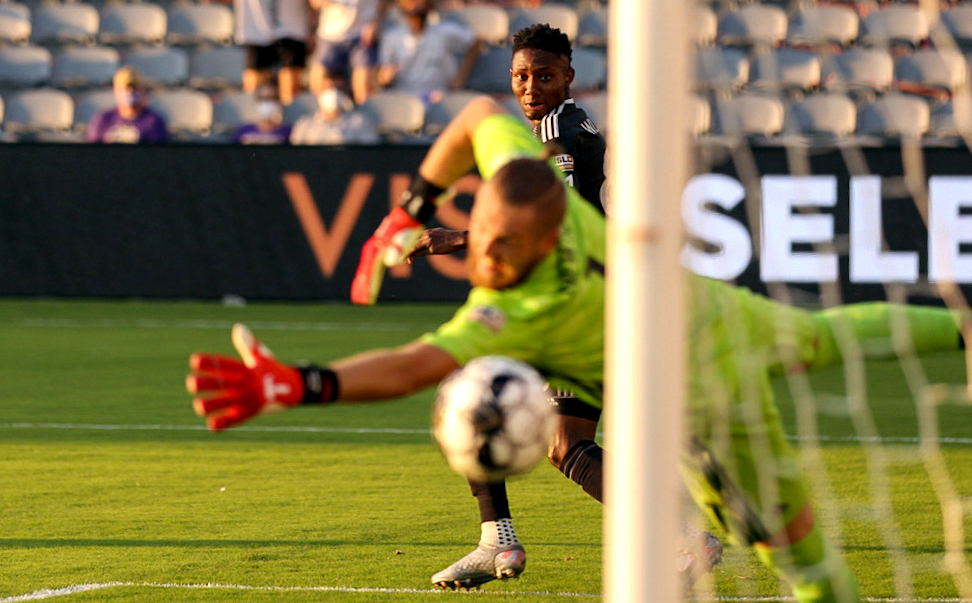 Rivals Louisville City FC and Indy Eleven will play three more times during the shortened USL Championship season, and it’s those meetings in which the 2020 Louisville-Indianapolis Proximity Association Football Contest will be decided.

The boys in purple leveled with Indy Eleven in a 1-1 draw Saturday at Lynn Family Stadium, where a Devon “Speedy” Williams header provided early theatrics for the home side. Later, the inevitable happened when Indy’s league-leading scorer, Tyler Pasher, equalized in front of an announced 4,850 fans.

As a result — a point to both clubs — the USL’s Group E standings stood pat with Indy Eleven (5-2-1, 16 points) extending its lead slightly. LouCity (2-3-1, 7 points) remained fourth in the pod after the first of three games in a frantic eight days. The boys in purple host Sporting KC II on Wednesday before welcoming Loudoun United FC on Aug. 15.

"If most teams are playing Indy, and it’s 1-1 late, they’re not the aggressors — not the ones putting their foot on the gas and not throwing attacking players on," said LouCity coach John Hackworth. "We literally had a lot of control of the game until the very last whistle, so I think it’s something very positive to build on.

"The guys in the locker room are all disappointed. Sometimes a tie feels like a win. Sometimes it feels like a loss, and this one feels a little bit like a loss. At the same time, we have to understand where we are and use this as a positive because we have two hard games coming up in the next seven days.”

Williams moved LouCity ahead on a third-minute header, much in part to teammate Napo Matsoso’s work out wide. Moving away from his goal, Matsoso won a sliding challenge, turned and crossed, finding Williams on the other side of the box for the Jamaican international’s second goal of the season.

"This one felt much better," said Wiliams, who also scored the first goal in Lynn Family Stadium history back on July 12. "I don’t know why, but it felt great. The entire week the entire squad was really good, and that is why we started the game so much stronger."

LouCity continued pouring in chances during the first 45 minutes, going on to out-shoot Indy Eleven 22-10 by the final whistle. Particularly, in the seventh minute the home side nearly doubled the lead when striker Cameron Lancaster’s blocked shot landed at the foot of midfielder Brian Ownby, who pulled his try wide left.

Ownby had another nice look in the 68th minute this time forcing Indy Eleven’s goalkeeper to make a save. And Williams took another headed chance in the 81st minute that would have been good if on frame.

By that point, the boys in purple were trying to break a tie. In the 59th minute, Indy Eleven’s Andrew Carleton looped in a pinpoint cross to Pasher, who needed just one touch to equalize while racking up his seventh goal in eight games, best across the USL.

"I can’t believe that he’s not playing in a higher league," Hackworth said. "He’s that good. He scores every time he plays against us, by the way.”

"He’s a good player, and I think we did a really good job trying to keep him silent," Williams added. "He got that one unfortunately, but we did a good job of keeping him silent as much as we could.”

Outside of shots, the stat sheet is a balanced one, and that’s where the LIPAFC rivals will leave it until finishing their season series Aug. 26 at Lynn Family Stadium before contests Sept. 5 and Sept. 16 at Lucas Oil Stadium in Indianapolis.

Louisville City FC: 3’ - Devon “Speedy” Williams header from the left side of the box to the bottom right corner. Assisted by Napo Matsoso with a cross following a sliding challenge.