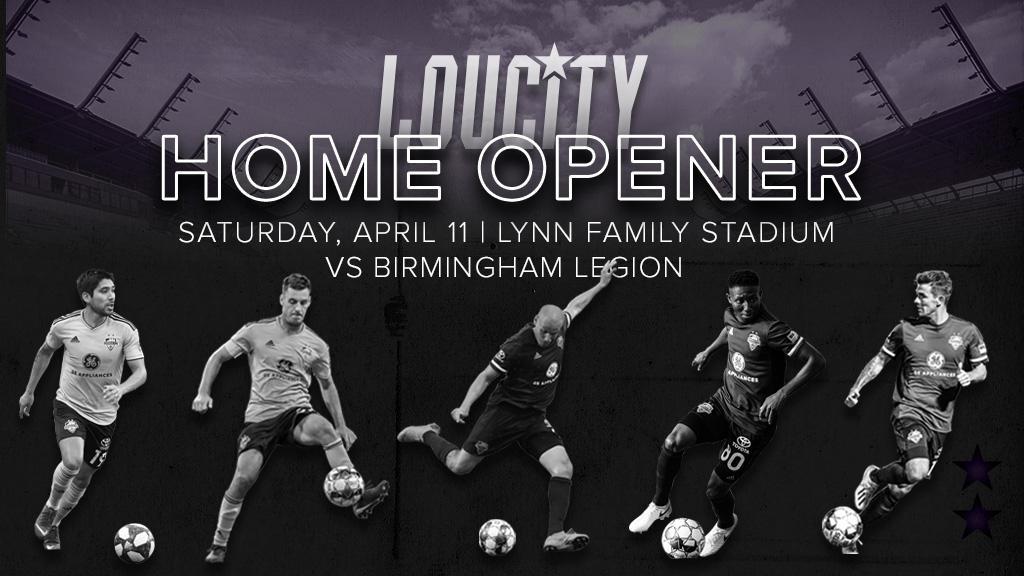 “The opening of Lynn Family Stadium will be an incredible moment in our history as a club and a soccer community,” Head Coach John Hackworth said. “We expect the fans to be at full voice and the atmosphere to be amazing that night.”

“Words can’t express how excited we are to open our own stadium built specifically to host championship soccer,” Louisville City President Brad Estes said. “In many ways, everything we have done as a club has been leading up to this point.”

“I know I am going to get chills, goosebumps, as we enter the stadium for the first time that night,” said Hackworth. “My priority that day will be to beat Birmingham, but, at the same time, I think everyone associated with the club will need to take a moment to breathe it all in because I think that moment is going to be magical.”

The time of our April 11 nationally televised home opener will be determined at a later date by ESPN’s TV schedule. We expect to announce more news on our 2020 schedule later this week