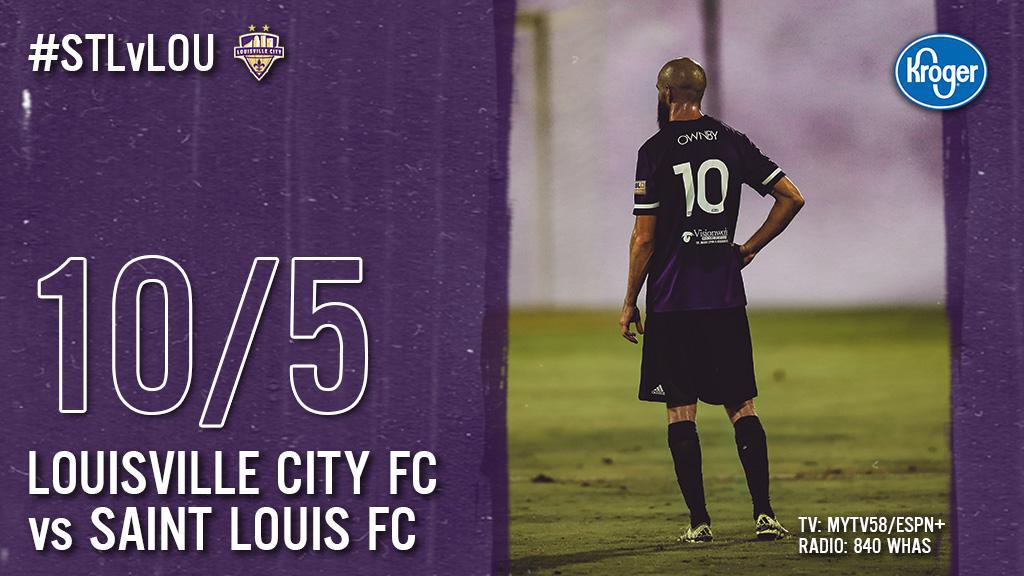 With just four games left in the 2019 regular season, both clubs are hunting for three points Saturday night.

For Louisville City, currently in sixth place in the Eastern Conference, three points at Saint Louis would move them a step closer to possibly hosting a USL Championshionship Playoff game as a top-four seed. LouCity has already clinched a spot in the 10-team USL Conference Playoffs, but the back-to-back champions are hoping to improve their seeding.

For Saint Louis FC, a win Saturday night would move them closer to clinching a spot in the USL Championship Playoffs and off the bubble. Saint Louis is currently ninth in the Eastern Conference with 42 points. Both the 10th (Birmingham Legion) and 11th (Charleston Battery) place teams have 39 points heading into tonight's action.

Louisville City enters Saturday night's showdown with the longest unbeaten streak in the conference at nine games. The Boys in Purple have earned 21 of their 51 points since the end of July.

Saint Louis won five-straight matches to start September but ended the month with a loss to Memphis 901 FC and a draw vs. Atlanta United 2 last week.

The Saint Louis roster is a familiar one to LouCity fans with former LouCity players Kadeem Dacres, Guy Abend, Collin Fernandez and Sean Reynolds on the Saint Louis FC payroll.

Kickoff is set for 8:30 p.m. Eastern Time. The game will be broadcast on MyTV 58 in Louisville and streamed on ESPN+ nationally and YouTube internationally. The radio broadcast will be on 840 WHAS with Kevin Kernen and Howie Lindsey on the call.

Tonight's watch party is at World of Beer in eastern Jefferson County. 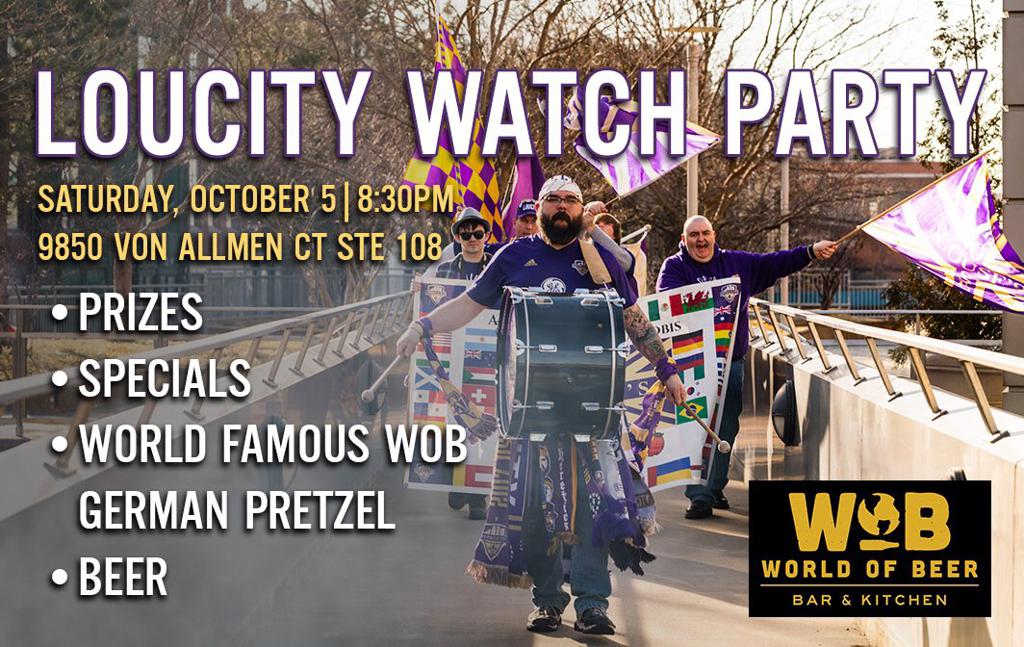