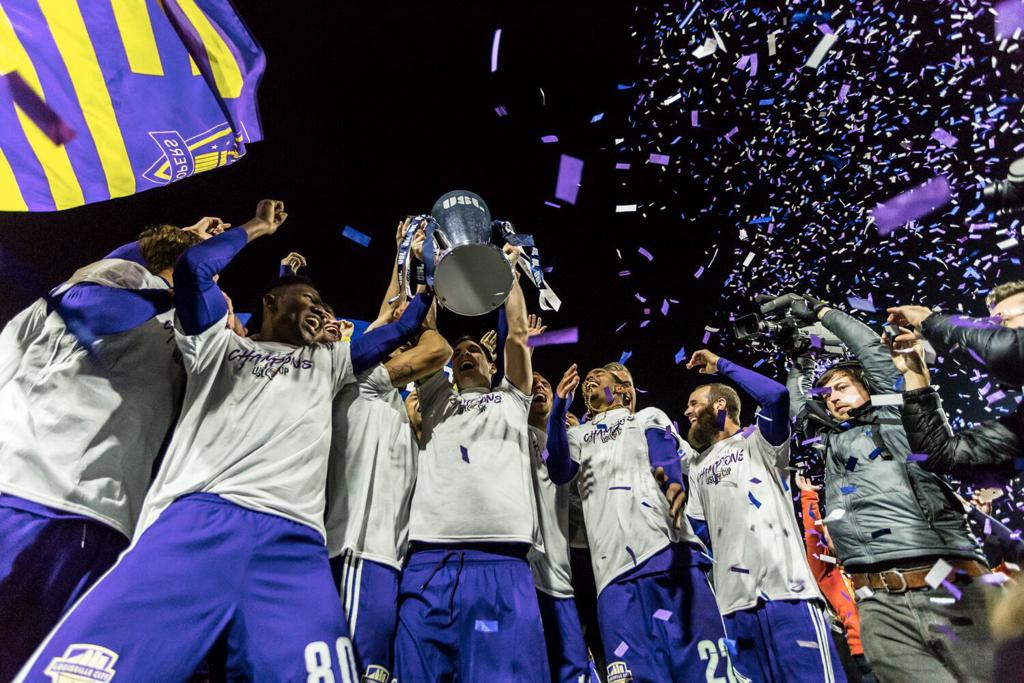 Since starting play in 2015, Louisville City FC, Kentucky’s only fully professional soccer club, has quickly established a reputation both for winning on the pitch and solid fan support off it.

LouCity, as we’re often referred to, is a member of the USL Championship, now sanctioned Division 2 by U.S. Soccer and the top division of the United Soccer League. The USL Championship includes teams across the country, some of them independent and others acting as close affiliates with MLS clubs.

Louisville City FC advanced to the USL’s Eastern Conference Final every season since starting play in 2015, plus boasts back-to-back USL Cup Final victories in 2017 and 2018.

Beginning in 2020, LouCity moved from Louisville Slugger Field to the new Lynn Family Stadium, a soccer-specific facility in the Butchertown neighborhood just east of downtown. It can accommodate 15,304 fans and will also be home to Racing Louisville FC, the organization's National Women's Soccer League franchise that starts play in 2021.

Louisville City FC originally launched with the help of local architect Wayne Estopinal, a part-owner in Orlando City SC, a former USL member that moved up to MLS in 2015. The USL franchise shifted to Louisville, and James O’Connor, a native of Ireland and former Orlando City player, was hired as coach. John Neace currently serves as LouCity’s chairman, heading a local ownership group.

In 2018, Louisville City FC became the first USL team in history to win consecutive championships. LouCity has been under the direction of head coach John Hackworth since August of that year.. With "Hack" and assistant Danny Cruz, Louisville City FC capped off an incredible end-of-season run with 10 straight victories concluding in a 1-0 USL Cup Final win over Phoenix Rising FC.

LouCity returned to the USL Championship's final in 2019, continuing the club's run of excellence.

• Oct. 3, 2015: LouCity knocks off the Charleston Battery in their first playoff appearance

• Oct. 16, 2016: In a postseason dominated by MLS affiliates, LouCity is the only independent club to make the conference final round

• Nov. 17, 2020: A new era begins for the club when it unveiled a rebrand designed by the renowned Matthew Wolff.