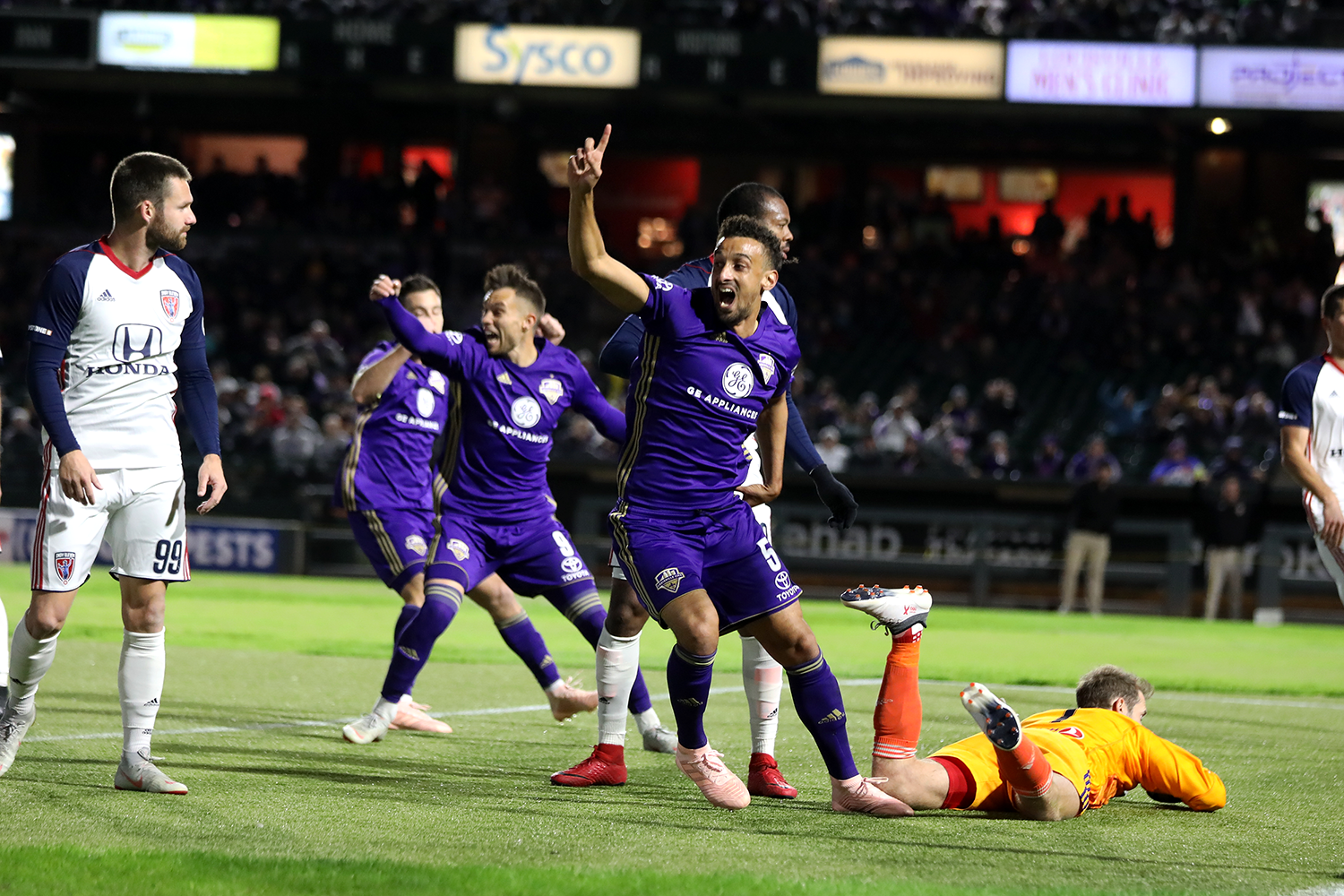 Just one week removed from a 1-0 win over Indy Eleven, Louisville City FC began their playoff run by facing the same opposition in similar circumstances but with a much different outcome.

A brace from midfielder Niall McCabe and additional goals by forwards Ilija Ilic and Cameron Lancaster saw City down the “Boys in Blue” by a 4-1 scoreline to kick off their title defense. The biggest difference? Execution, said coach John Hackworth.

“We tried to change some things up, but what we felt like we could do all week long was try to improve the things that we didn’t do well last week. And so we worked on that really hard and that’s not easy,” said the City boss.

“Obviously, we came back with the same eleven in a just slightly different shape tonight and we were able to execute it. When that kind of work goes in and the reward is that you get a result like this, it’s fantastic.”

Now, Hackworth hopes that the success City found in round one is only the beginning. Coming into the playoffs as the No. 2-seed after closing out the regular season with six straight wins, “Hack” emphasized that he knows this time of the year is fruitful for this group. Like his predecessor, though, he focuses on finding one end product at a time.

There is plenty of work left to do in his eyes, even still. Despite putting four on the board on Saturday, the first thing Hack was quick to point out was that his side should’ve earned a clean sheet amongst other things.

“We also should’ve possessed the ball better in the second half and controlled the game a lot more and we didn’t do that so we let our opponent back in. And we can learn. We had some ways we could get at them early in the game and we didn’t do it enough, so absolutely. We can always get better.”

City will have another opportunity to do just that on Saturday night when they face Bethlehem Steel FC in the Eastern Conference Semifinals.