RECAP: LouCity dominates Indy Eleven in First Round of the USL Playoffs 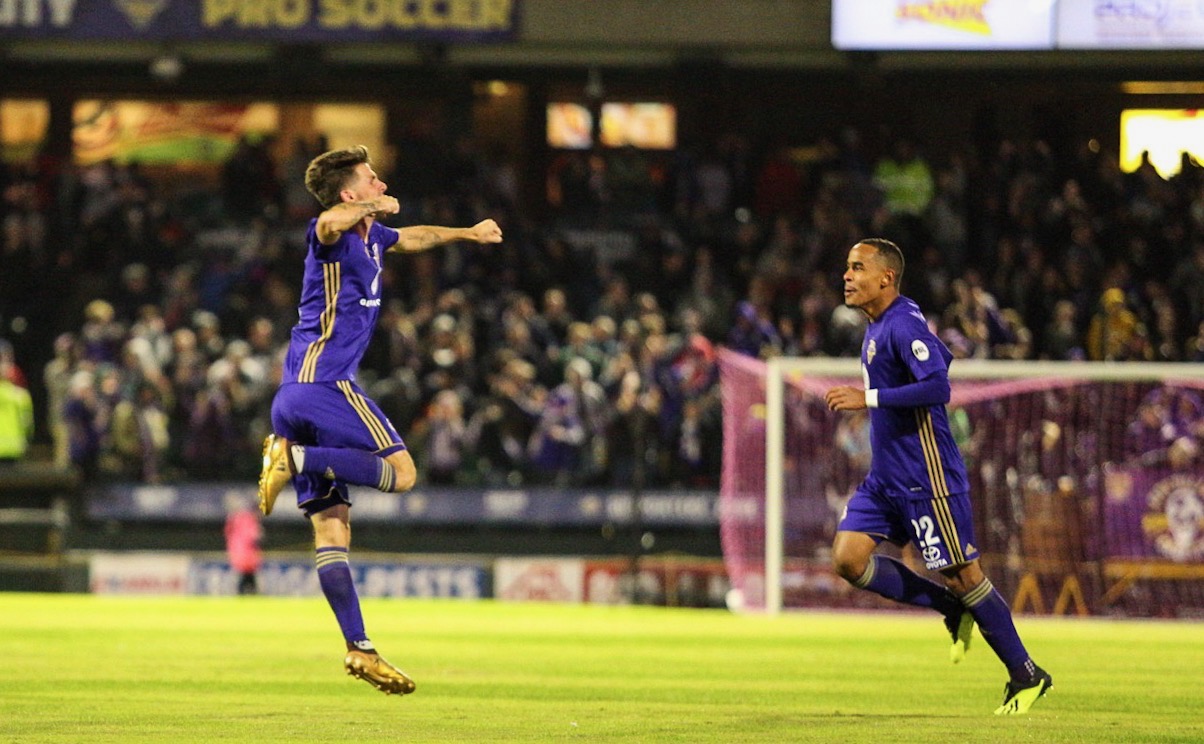 Louisville City FC advanced to the Eastern Conference semifinals with a commanding 4-1 win over Indy Eleven in the fourth meeting between the two sides this season.

What Happened?
In their first-ever postseason matchup, Louisville City hosted rival Indy Eleven in the first round of the USL Cup playoffs a week after City defeated the visitors 1-0 at Slugger Field.

With strong winds in the area, both sides battled for possession through the first 25 minutes of play in search for the night’s opening goal.

It was Louisville City who found the back of the net first.

With his side dominating time of possession entering the 27th minute, midfielder Oscar Jimenez slipped a free kick through the penalty box, finding Niall McCabe who put his side up, 1-0.

14 minutes would pass before Louisville City added to their one-goal lead.

After regaining possession, forward Ilija Ilic fired a right-footed shot from the center of the box, slipping one past Indy Eleven ‘keeper Owain Fon Williams to double the lead.

LouCity entered the half up two goals to none.

Just three minutes into the second 45, a déjà vu-esque moment saw McCabe finish off another one thanks to a Jimenez free kick, putting Louisville City ahead 3-0.

With his side down three goals, Indy’s Soony Saad finished a strong 67th minute run through Louisville City defenders and scored the first and only goal for the visitors.

Neither side would find the back of the net over the remaining 17 minutes as Louisville City knocked off Indy Eleven, 4-1.

Los Morados will face Bethlehem Steel FC after a penalty shootout victory over Riverhounds SC on Saturday, October 27 in the semifinals of the Eastern Conference playoffs at Slugger Field.