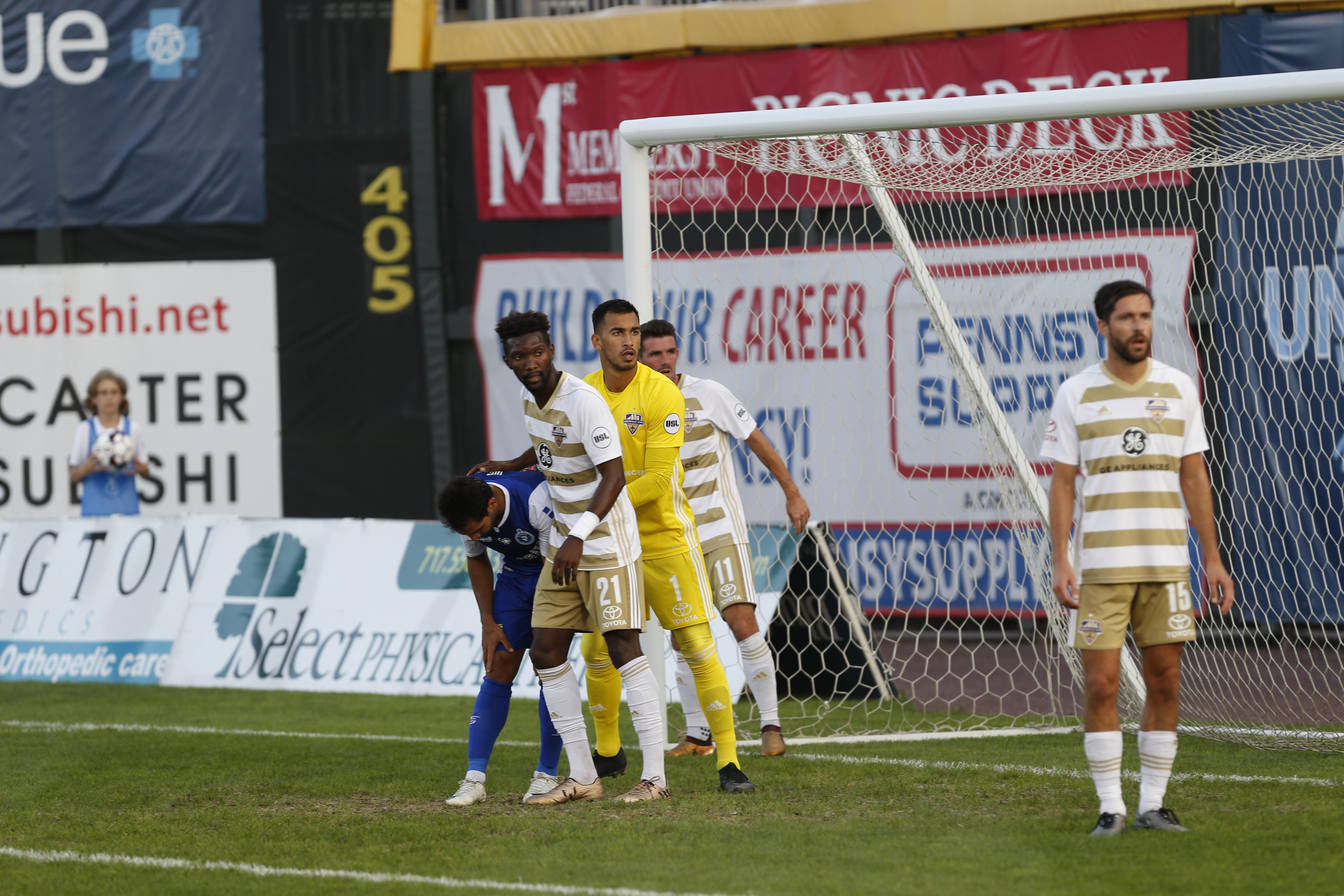 What Happened?
The opening 15 minutes saw neither side create an opportunity as they struggled to settle in possession. However, with City settling first, the visitors began to impose themselves on Penn FC as the half wore on.

Like was the case in Pittsburgh, a set-piece was what gave LouCity the lead after 25 minutes. Defender Shaun Francis hung an excellent cross to the back post for captain Paolo DelPiccolo to head on and the captain nestled his effort in the back of the net for his third goal of the season.

A blitz from City saw them score a second goal just three minutes later, this time courtesy of midfielder Niall McCabe. Debutant midfielder Jonathan Lewis, who officially joined on loan from NYCFC before the USL Roster Freeze last Friday, shined in his debut by displaying his pace and agility out wide. Cutting to the byline, Lewis swung in a deep cross that reached the Irishman McCabe, who crushed the ball to the far post and found the side-netting for City’s second.

On the other end, Penn FC were not without chances. Goalkeeper Greg Ranjitsingh was forced into three saves in the first half to preserve City’s two-goal advantage as he displayed why he is one of the USL’s best in his position. At halftime, the visitors led 0-2.

Ranjitsingh was again active early on in the second half, making a brilliant save on a free kick from short range to again preserve the clean sheet. As City looked to inject more legs into the match, they looked to midfielder Brian Ownby for the first time since August 10, who replaced the lightning bolt Lewis just after the hour mark.

However, ten minutes later, the scene shifted slightly after defender Pat McMahon was shown a red card for his second caution of the night after a late challenge upfield. Midfielders Jose Carranza and Kyle Smith were immediately brought on to replace Devon “Speedy” Williams and Ilija Ilic with coach John Hackworth looking to shore up the midfield.

City continued to knock on the door despite being a man down and patience paid off in the form of a penalty awarded to the visitors in the first minute of stoppage time. After an incredible full 90 minutes, forward Luke Spencer stepped up to take the penalty and buried it into the top left corner for City’s third and final goal of the evening.

Goalkeeper Greg Ranjitsingh kept his 10th clean sheet of the season as midfielders Paolo DelPiccolo and Niall McCabe, as well as forward Luke Spencer, get on the scoresheet to keep LouCity in second place until the weekend.