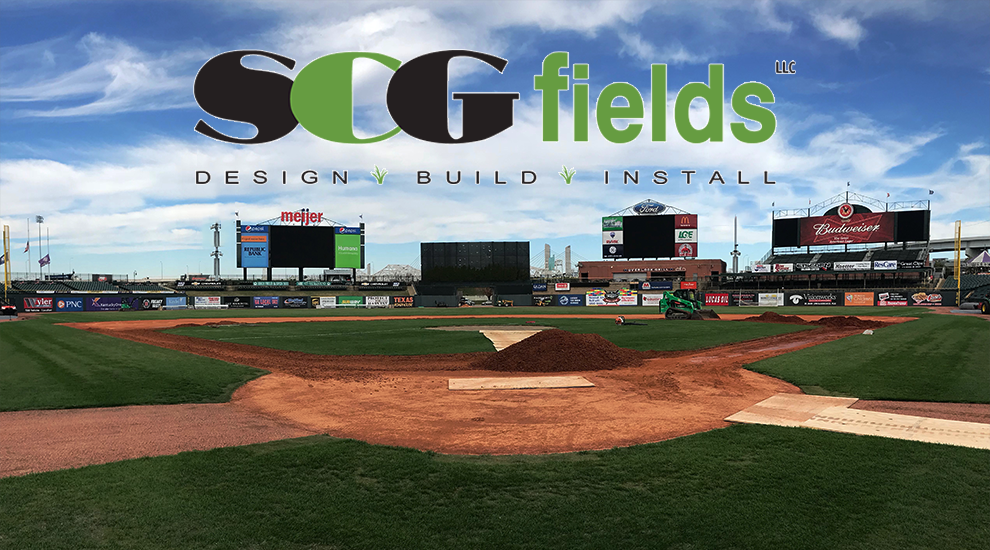 Louisville City FC has teamed up with leading sports fields provider SCG Fields to create an all-grass surface at Slugger Field to host the USL Cup Final on Monday night.

LouCity will take on Swope Park Rangers in the United Soccer League’s championship match which will feature, for the first time at Slugger Field, a full natural grass surface.

Working in combination with the Louisville Bats Slugger Field grounds crew, SCG began the preparation for the install on Wednesday morning. It will take both crews working the project a total of 400 man-hours to complete the install which will see around 20,000 square feet of Latitude Bermuda sod, harvested to a two-inch depth, grafted onto the clay infield and pitcher’s mound at the baseball ground.

SCG EVP of Construction Operations, Chris Franks, who is directing the grass install, said: “In order to provide a smooth and continuous playing surface, we have worked with the Bats crew to shave off around one to two inches of the infield and warning track clay in preparation for the conversion. We’ll lower the clay to the desired depth and then install a fabric to protect it from any soil contamination before we roll in the sod.”

Franks added: “The sod is cut to a two-inch depth and rolled out in continuous strips to make sure it stays firmly in place once we have installed it. The strips are heavy enough and essentially lock together to prevent any movement which provides great stability for the players.”

The grass was harvested from a nearby sod farm in Patoka, Indiana, and was transported to Louisville by truck through the night on Wednesday to be ready for this morning’s (Thursday) install.

SCG expects the installation to be complete by Friday afternoon. Both Lou City and Swope Park Rangers will be able to test out the surface during light pre-Championship training sessions on Saturday.

Louisville City FC Chief Operating Officer, Steve Livingstone, said: “We plan to film the installation process and then put together a time-lapse video so our fans can see how much sweat and work has gone into preparing for this USL Cup Final. This time of year makes it challenging for these types of changeouts with the grass already becoming dormant, however, SCG is the best in the business and we expect to see a first-class playing surface worthy of the USL Final come Monday night.”

While it will take 400 man-hours to install the sod, it will only take 150 man-hours to remove it. The sod will be disposed of ecologically after its use at Slugger Field.

Get more information on SCG at www.scgfields.com.  SCG Fields LLC is a recognized leader in designing and installing both natural grass and synthetic turf sports fields, having done so across the NFL, MLB, NCAA, and MLS.  Most recently, SCG is constructing the Playing Field System for MLS side Minnesota United FC’s new stadium. SCG Fields, LLC is the official Field Builder of the USL.