Players now have the option to see local clinical psychologist Dr. Kevin Chapman to help with the mental side of the game. 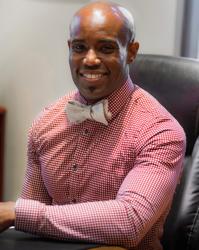 As Louisville City FC’s head coach, James O’Connor oversees his players’ training and team’s strategy — which now includes a new approach to the mental side of soccer.

“Louisville City’s already one of the best teams in the league,” Chapman said. “But I think it’s going to be even better if we can get everyone to buy into the importance of mental skills.”

“It’s always nice,” O’Connor added, “to have another set of eyes and ears that can help from a clinical background to be able to provide some expert advice to the guys.”

Chapman has a clear vision for his new clients, with focus on mental imagery and visualizing situations. That’s created through a mental routine designed to keep distractions off the field just that — away from the pitch — and decrease distractions.

“If you’re doing mental skills development, your brain is telling your body what to do, and it’s going to not only make their performance that much better,” Chapman said, “but it’s going to make it that much more automatic.”

Chapman brings plenty of credibility to sports psychology as a former member of Centre College’s football and track and field teams. Combining his chosen field with his passion has resulted in what he calls “an ideal situation.”

Past work for Chapman involved a partnership with the University of Louisville’s Sports Performance Team along with his private practice.

“It’s not like I’m setting a goal for myself and then I never talk about it again,” Totsch said. “It’s good to have someone who makes you accountable for yourself.”

Players’ meetings with Chapman are voluntary, and both who sees him — and what’s discussed — remains confidential. That way, O’Connor said, there’s a stronger buy-in to what Chapman’s teaching.

“A lot of the guys, we talk about how the difference in the technique for a lot players at our level and the highest level in the world isn’t that much,” Totsch said. “The difference is the mental game. It’s definitely going to have a positive impact on helping guys play at their highest potential.”

For more information, or to contact Chapman, visit DrKevinChapman.com. His practice is located at 9720 Park Plaza Avenue, Suite No. 103, by the Paddock Shops in Louisville’s East End.