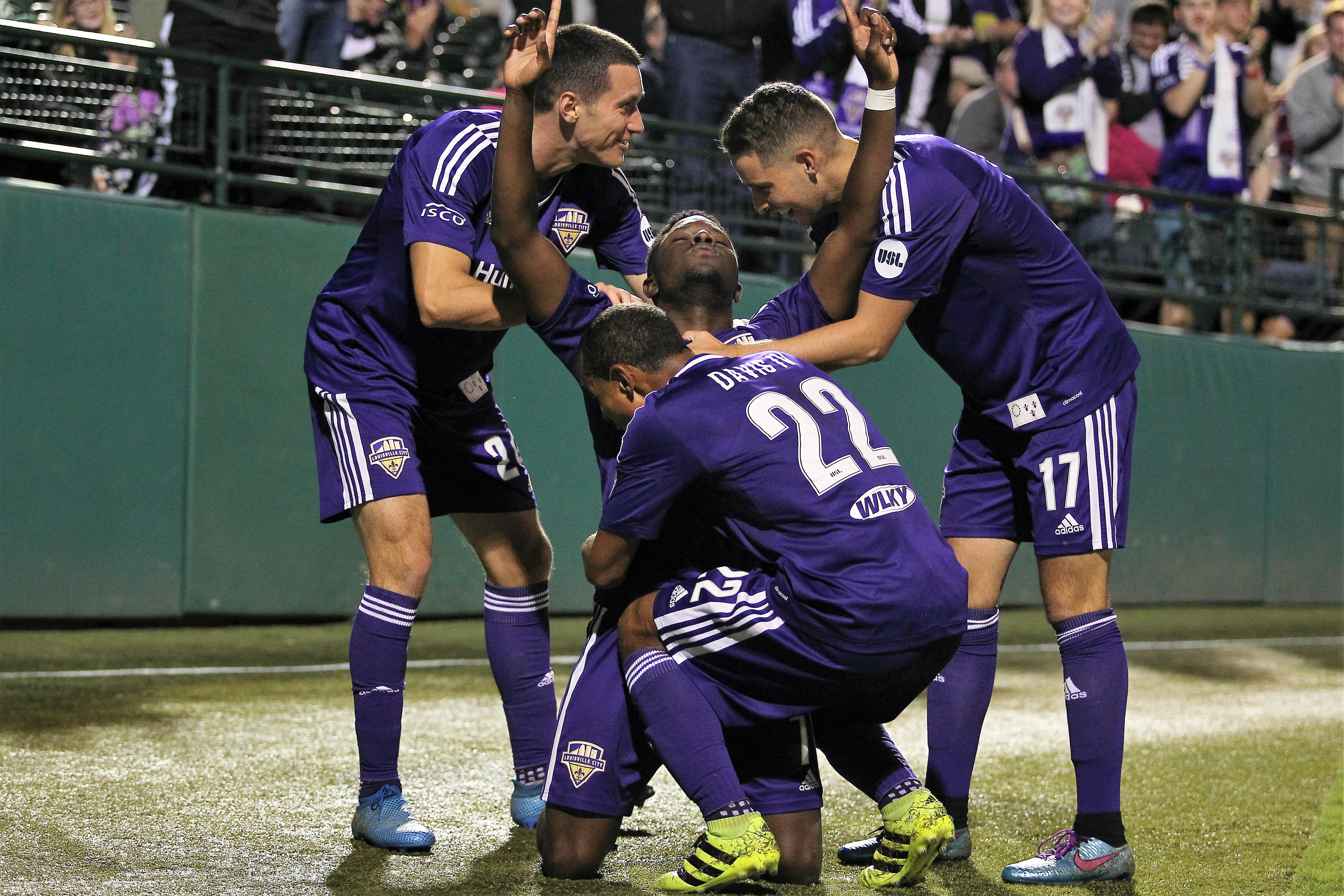 Louisville City FC got the job done in regulation this time, with Kadeem Dacres' 53rd-minute strike Saturday propelling the boys in purple past the Charleston Battery an on to the USL's Eastern Conference Final.

There, No. 2 seed LouCity will match up with the New York Red Bulls II in a game played at 6:30 p.m. Sunday, Oct. 16, at Red Bull Arena. The winner moves on to the USL Championship.

Dacres took just one touch on a long ball from defender Sean Reynolds while finishing his game-winner. To that point, Charleston goalkeeper Alex Tambakis had been stellar, recording four saves in the first half alone.

"I had a tough angle, and I didn't really see anyone in the middle at the time," Dacres said. "My whole thought process behind it was just striking it on target."

He did, and the goal helped round out a performance coach James O'Connor described as both strong and professional.

"We fully deserved to win the game," he said. "I'm really, really pleased for all the players."

A screamer from the right side finally foiled Tambakis and gave LouCity an earlier edge than in the club's other playoff victories. Last season, Louisville also beat the Battery 2-0 in overtime in the Eastern Conference Semifinals. Also, LouCity advanced last weekend with a 2-0, extra time victory over the Richmond Kickers.

On Saturday, LouCity out-shot the Battery 14-9 while featuring Chandler Hoffman as starting striker for the first time since Sept. 3. Defensively, the club continued to lock down having allowed only two goals in its last seven games.

There was little looking past the task at hand.

"Of course, tonight was all about Charleston," Reynolds said, but he called admitted an 0-4 record the past two seasons against the Red Bulls II -- the regular-season USL champions -- was in the back of LouCity players' minds.

In goal, Greg Ranjitsingh totaled four saves of his own and avoided disaster right out of the half when Charleston forward Romario Williams corralled a long ball in the box, turned and fired just wide right.

Aside from a few other scares, LouCity appeared safe throughout.

"I thought in the first half, we had some really good chances," O'Connor said. "We got into good areas. We just have to pull the trigger a little bit quicker. I thought we had some quality passages of play -- just couldn't quite get the shot off quickly enough, and they defended really well.

"Had some good blocks, and Greg made some really big, important saves for us at the right time. But all in all, look. To get to the conference final again, the guys deserve enormous credit. They really do."

Against the Red Bulls II, LouCity will look to improve on last year's playoff run, which ended in the Eastern Conference Final to the eventual USL champion Rochester Rhinos. The Red Bulls knocked off Rochester in penalty kicks to advance Friday.

Next weekend's game in Harrison, N.J., will be played as part of a doubleheader. The Red Bulls' Major League Soccer side first hosts the Columbus Crew at 3 p.m.

Man of the Match: Kadeem Dacres