The boys in purple will kick off in March and play an array of new opponents. 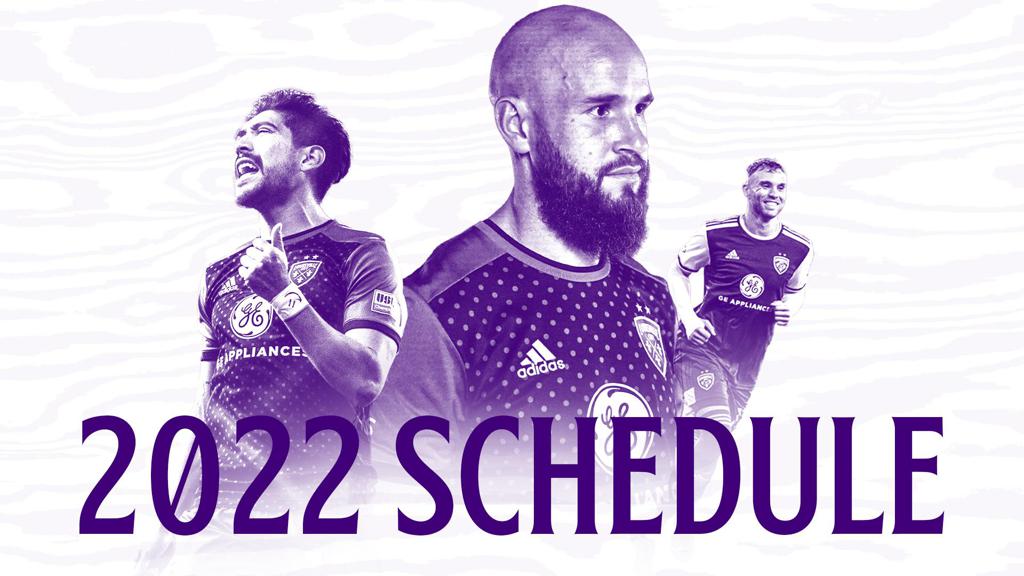 Louisville City FC on Wednesday unveiled a fan-friendly 2022 USL Championship schedule featuring all but two of the club’s 17 home games on Saturdays at Lynn Family Stadium.

The lone exceptions are can’t-miss matchups in their own right with Western Conference powerhouse Phoenix Rising FC visiting on July 20 and league newcomer Detroit City traveling to Louisville on Oct. 5 — both Wednesdays.

LouCity will play 34 games in all stretching from mid-March through mid-October. Gone are 2021’s division alignments in favor of the traditional Eastern/Western Conference structure. The top-seven finishers from both conferences will qualify for the USL Championship Playoffs.

Kickoff times and broadcast assignments will be set in the coming weeks. Stay updated by bookmarking LouCity.com/2022-schedule, where fans can also sync games to their digital calendars.

"We are excited to be able to plan around having these dates," said coach Danny Cruz. "Going away from the groups and divisions for the first time since the COVID-19 pandemic began will be a good opportunity for our fans to see different opponents.

"We cannot wait to get back to Lynn Family Stadium in front of our fans and continue to make it the most difficult place to play in the league. The schedule is set, and now we turn the page toward building and preparing to make another run at a USL Championship title."

The boys in purple kick off their third campaign inside Lynn Family Stadium on March 12, hosting Atlanta United 2. It’s the first of three straight home Saturday games during the season’s opening month.

Even though LouCity and Indy Eleven are no longer division rivals, the Louisville Indianapolis Proximity Association Football Contest will forge on in the form of a home-and-home series in 2021. The Eleven are in town first on March 26 before the LIPAFC moves to Indy for a Jun 11 conclusion.

The USL Championship Playoffs will remain a single-elimination format, culminating with a final on a date to be determined between Nov. 10 and Nov. 14. LouCity has been a perennial trophy contender in the league, winning back-to-back titles from 2017-2018 and advancing to the Eastern Conference Final in each of its seven seasons since the club launched.

Season, group and premium tickets, as well as flex packs allowing for a choice of six LouCity or Racing Louisville FC games, are available at LouCity.com/tickets. Single-game tickets will go on sale at a later date.

May 4: Atlanta United 2 vs. LouCity

May 21: LouCity vs. Monterey Bay FC