The boys in purple will open their campaign against Atlanta United 2. 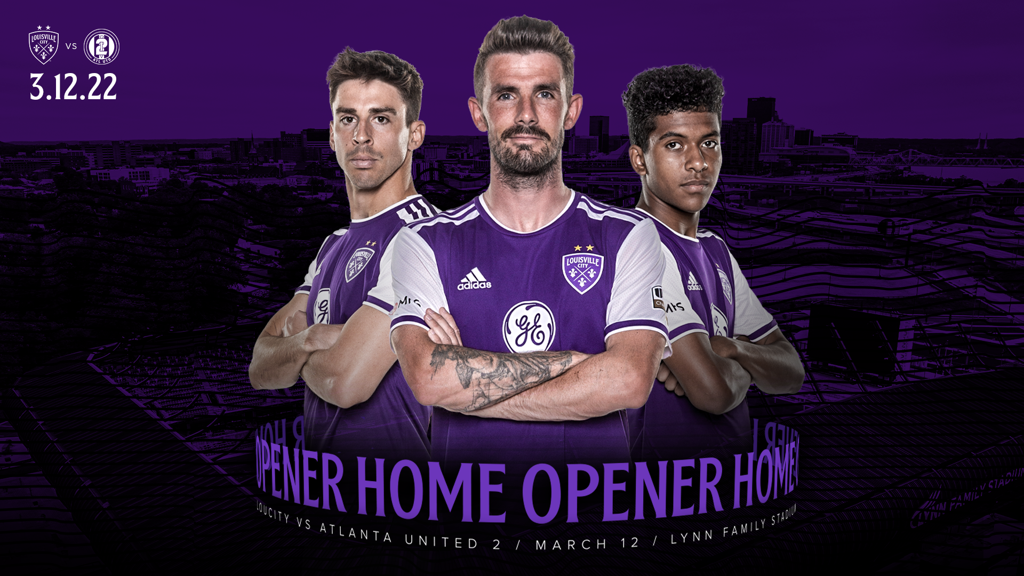 Louisville City FC will start its pursuit of a third USL Championship title at Lynn Family Stadium on Saturday, March 12, against Atlanta United 2.

The date was revealed Thursday as the league announced 2022’s home openers — and in this case, the first overall of 34 games for the boys in purple this year.

A full schedule will follow next week with game times to be decided later.

Season, group and premium tickets, as well as flex packs allowing for a choice of six LouCity or Racing Louisville FC games, are available at LouCity.com/tickets.

LouCity, which returns the bulk of a roster that propelled the club to an Eastern Conference Final appearance last season, is among 27 teams competing this year within the USL Championship divided between Eastern and Western conferences.

The playoffs will remain a single-elimination format, culminating in the 2022 USL Championship Final on a to be determined date between Nov. 10 and Nov. 14.

LouCity — which remains the only USL Championship club to win back-to-back league titles accomplished from 2017-2018 — has also reached at least the conference final round each season since launching in 2015.