At 6-foot-4, he's a two-time finalists for the league's Goalkeeper of the Year. 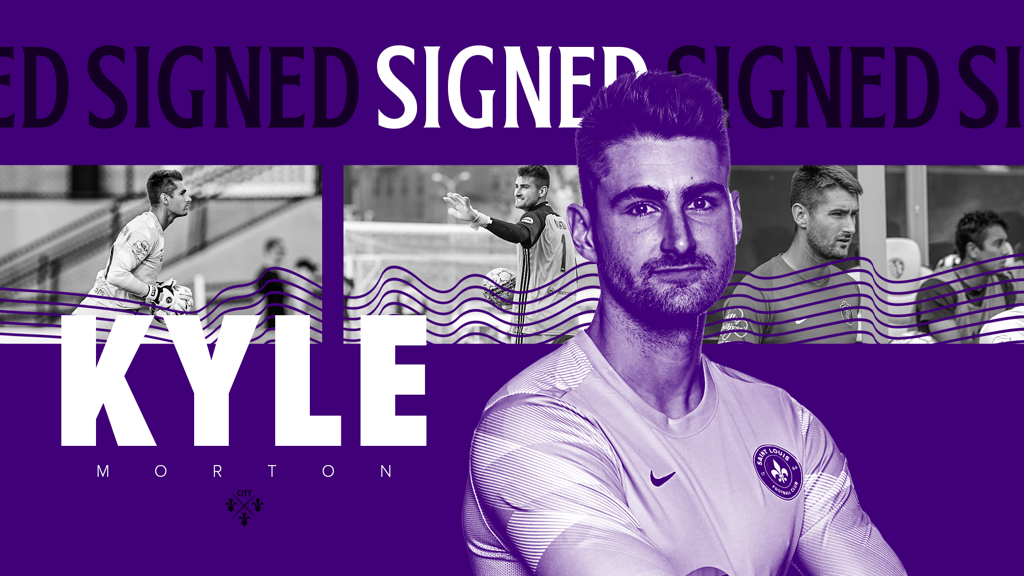 Louisville City FC has signed Kyle Morton, it was announced Tuesday, bringing a two-time finalist for USL Championship Goalkeeper of the Year to the club for the 2022 season.

Terms of the deal, which are pending league and federation approval, were not disclosed as Morton makes a move from the Major League Soccer ranks.

The West Chester, Penn., native appeared for the Houston Dynamo in its season finale but also saw action during a five-game loan spell with the USL Championship’s Memphis 901 FC. An eight-save performance in his Memphis debut earned Morton the league’s Player of the Week award back on July 13.

“We are excited to be able to add such a quality goalkeeper into this group,” said head coach Danny Cruz. “After our interview with Kyle, it was clear that we would be getting a determined player who has extremely high expectations. His ability to direct from the back and make the big saves were two key traits that stuck out to us when scouting him. We are looking forward to getting him to Louisville and integrating him into the group.”

Morton, 27, has often defended against LouCity since turning professional following his time at James Madison University.

His original club, the Rochester Rhinos, went on hiatus following the 2017 season, so Morton followed coach Bob Lilley to Pittsburgh. He missed most of 2018 with a torn anterior cruciate ligament but returned to have a career year in 2019, ranking second in the league with 13 clean sheets as the Riverhounds posted the Eastern Conference’s best record.

Morton shifted to Saint Louis FC for the 2020 campaign — one shortened by the COVID-19 pandemic — and won the starting job on an eventual playoff team. He registered a 73.5 percent save percentage while making 51 saves.

Morton’s two most-recent USL Championship campaigns met familiar ends. He was a Goalkeeper of the Year finalist, and his teams lost to LouCity in the postseason, with Pittsburgh falling in the 2019 Eastern Conference Semifinal and Saint Louis FC bowing out in the same round in 2020.

“Having played against Louisville City FC however many times, including at the new stadium, and knowing the type of guys who have come through there, it was a no brainer when the offer came across,” Morton said. “If I was going to play in the USL, it was only going to be at Louisville City.

“I know about the club, the facilities and the expectations. That’s all something I want to align myself with, because it’s a challenge, and I want to win. But I know I’ll have to earn my spot. I’m excited contribute and compete for a championship.”

Morton, 27, stands at 6-foot-4. He described himself as a leader who prides himself on communication with teammates and tries to be “a physical goalkeeper in terms of commanding my area.”

“Signing Kyle was one of our primary objectives this offseason, and thanks to Danny, James O’Connor, and Austin Buchanan we got it done,” said the club’s goalkeepers coach, Scott Budnick. “Kyle is the total package, and I am glad to know we will be game planning this season with him on our side of the lineup sheet.”

Morton’s signing brings LouCity’s 2022 roster to 16 players. The club continues to negotiate with other potential returners as well as a number of new signings with more news to be announced in time.