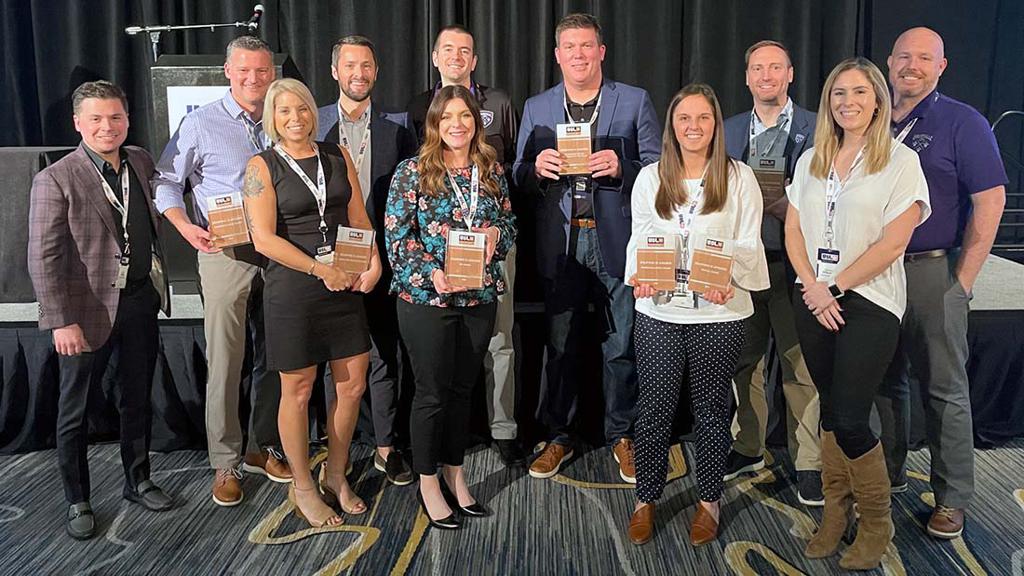 The United Soccer League announced its inaugural 2021 Starting XI Awards at the last week’s USL Winter Summit, honoring front office executives that delivered for their clubs and their communities throughout the past year across the USL Championship and USL League One.

Louisville City FC claimed eight of 11 awards in the Championship — which numbered more than 30 teams last season — led by President Brad Estes earning the Leadership award for his work in guiding the club to another successful campaign. LouCity Vice President of Communications Jonathan Lintner was the lone two-time award winner, earning honors in both the Public Relations & Broadcast and Digital categories.

“We are incredibly proud of the teams we have assembled on and off the pitch,” Estes said. “These awards are a testament to the dedication and teamwork of the people that support our coaches and players day in and day out.”

Another notable honoree was New Mexico United’s Chanel Wiese, who was awarded the Community Relations award. In addition to her standout work for the club in New Mexico through the Somos Unidos Foundation, Wiese has also served as the chairperson for the past year of the USL Impact Committee as the league has endeavored to deliver initiatives that can drive social change in its communities.

Union Omaha President Martie Cordaro received the Leadership award for USL League One as Los Buhos recorded a remarkable second season that saw the club lead the league in attendance and welcome a League One Final record crowd as Omaha took its first league title. Forward Madison FC led all clubs with four awards, including both the league’s Marketing and Community Relations award as their excellent work in the Madison region continued.

The Starting XI Awards will be given annually, and no one club can be honored in the same category in consecutive years.