LouCity re-signs Charpie with 'business to finish in 2022'

It will mark a third season in purple for a defender whose role has grown. 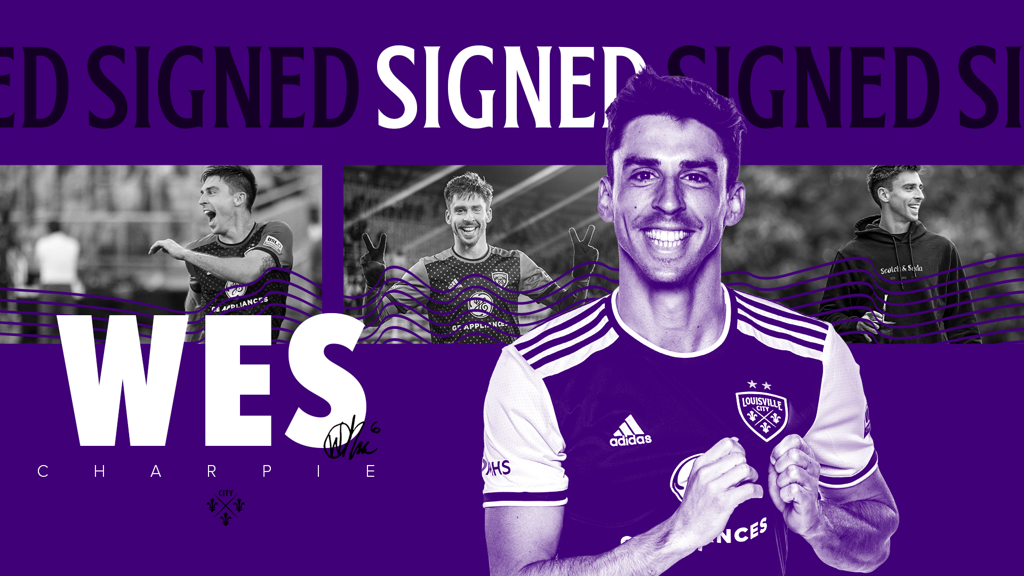 Louisville City FC defender Wes Charpie will return for a third season in purple having agreed to a new deal with the club pending league and federation approval, it was announced Thursday.

A 29-year-old from Tarpon Springs, Fla., Charpie broke out in 2021 as a key member of a LouCity back line that allowed the second-fewest shots (106) and second-lowest expected goals allowed (1.05) in the USL Championship.

“I’m absolutely delighted to return for a third season in Louisville," he said. "It's been an honor to represent this amazing organization the past two years. We have business to finish in 2022, and I can't wait to get back on the field with my team.”

Despite battling multiple injuries last season, Charpie made 18 starts across 21 appearances in central defense. That includes a final four-game stretch that saw LouCity clinch a Central Division title, No. 1 playoff seed and run back to the Eastern Conference Final.

Charpie totaled 58 clearances, second on the team only to Sean Totsch’s 101, and averaged a passing accuracy of 82.7%. Offensively, he scored twice, including his first professional goal June 12 in LouCity’s “Grand Opening” game at Lynn Family Stadium.

A journeyman before settling in Louisville, Charpie was a four-year University of South Florida starter before being selected by Toronto FC in the second round of the 2015 MLS SuperDraft. He went on to also play for Saint Louis FC, Jacksonville Armada and Memphis 901 FC.

"Wes did an excellent job this year in the back for us,” said head coach Danny Cruz. “He was extremely consistent throughout the season, and he's an important piece to our culture and our locker room. I'm looking forward to continuing to see how he grows on our back line. I think this is an important year for him that we're excited to see him tackle."

Charpie is the 14th returner for the boys in purple. Negotiations continue for other 2022 signings with more updates to follow.