He's the first signing between the posts ahead of the 2022 season. 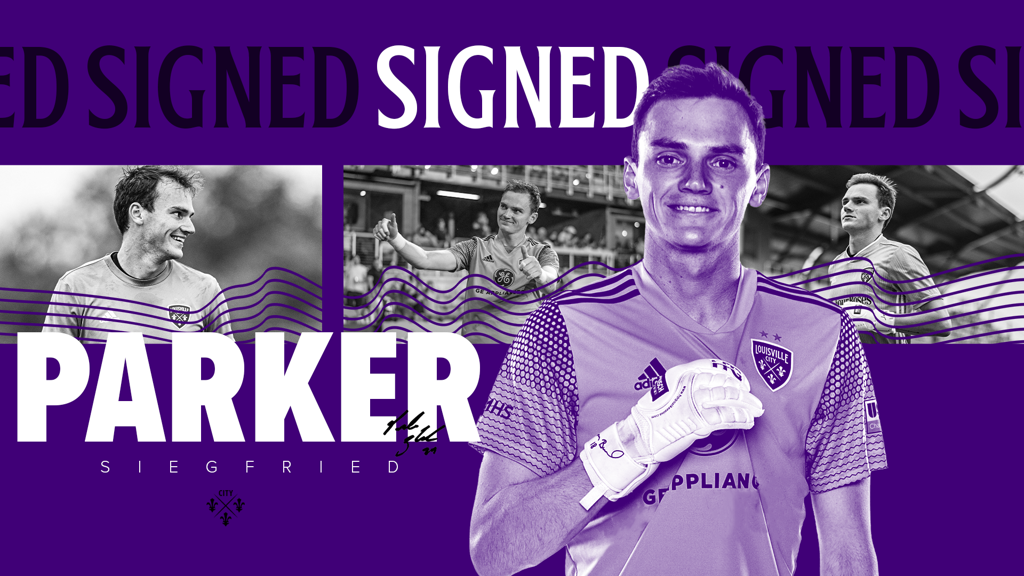 The agreement, pending league and federation approval, makes Siegfried the first at his position under contract for the boys in purple next year following the recent retirement of former No. 1 goalkeeper Chris Hubbard.

“I’ve really enjoyed my time in Louisville and playing for LouCity," Siegfried said. "I’m excited to continue my journey here, and I can't wait to contribute in what I'm sure will be a great 2022 season.”

Siegfried successfully trialed earlier this year to earn his shot in the USL Championship. He went on to split time with Hubbard, making 15 saves across nine appearances. The 24-year-old also caught the attention of Major League Soccer’s Sporting KC, going there on a short-term loan.

"Parker did an excellent job this year," LouCity head coach Danny Cruz said. "We saw a lot of growth in his development, and he stepped in at a crucial time to make a lot of big saves for us. He earned the opportunity to be at Louisville City next year, and we're excited to have him back."

From Granville, Ohio, Siegfried came up through the Columbus Crew academy and spent time as a youth international on the United States’ U-14, U-15 and U-18 teams. The former Ohio State University standout continues to rank fourth all time for the Buckeyes in clean sheets having registered 18 during his college career.

Siegfried will make next year his third as a professional. He initially signed with USL League One side South Georgia Tormenta FC in 2020 before leaving late in the season to join Detroit City FC, which subsequently won the National Independent Soccer Association’s fall title.

LouCity can now count 13 returning players from last season’s squad that won the USL Championship’s Central Division and advanced to the club’s seventh consecutive Eastern Conference Final. Negotiations have continued for other players with updates to follow.