A member of the club since 2016, he has been a fixture in purple ever since. 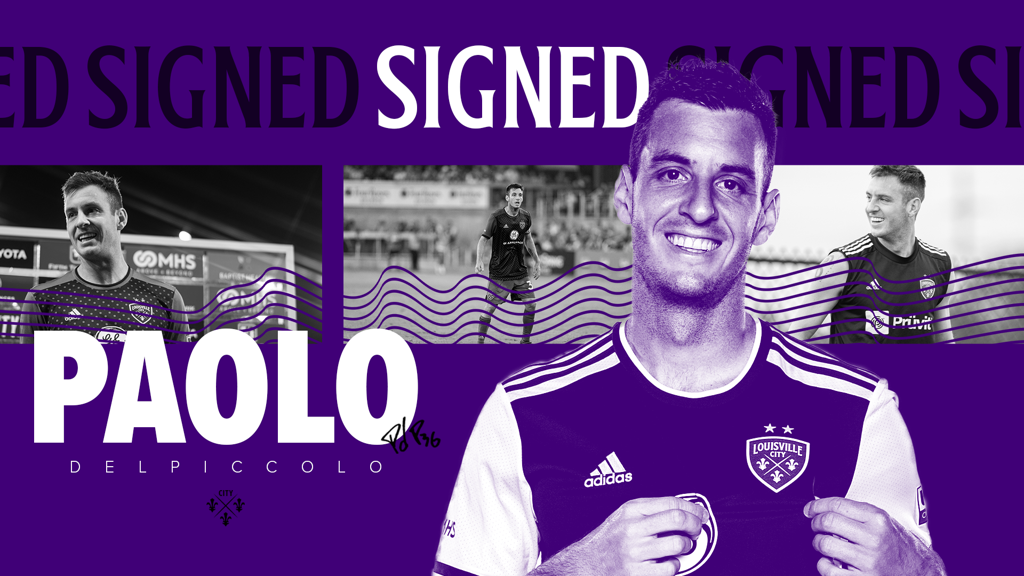 Louisville City FC captain Paolo DelPiccolo will remain in purple for the 2022 season having agreed to a new contract, it was announced Friday.

The deal, for which terms were not disclosed, is pending league and federation approval.

DelPiccolo returns after scoring a career-high nine goals last season to go with two assists, the result of a shift from his traditional central midfield position to a higher attacking role for head coach Danny Cruz.

“We're thrilled to be able to bring our captain back,” Cruz said. “He’s really important to us both on and off the field. I was proud of the year he had and thought he was excellent in the attack for us. We're looking forward to having his leadership and winning mentality in our locker room."

Having originally signed with LouCity in 2016, DelPiccolo has gone on to number 161 USL Championship appearances, with the former University of Louisville star one of two players to tally more than 12,000 minutes played for the club.

DelPiccolo began wearing the captain’s armband in 2017, when the boys in purple won the first of their back-to-back league titles. Along the way, he showed leadership on and off the field, briefly helping lead the squad as part of the “triumvirate” of player coaches leading up to the 2018 championship.

“I’m really excited to be returning,” DelPiccolo said. “I will never take for granted to opportunity to play professionally, especially at a club like Louisville City. To come back and play for a coach like Danny Cruz is really exciting. I’m anxious to get started again and get back to achieving the standards set here.”

A 30-year-old from Colorado, DelPiccolo has established roots in Louisville. He continues to hold the UofL school record for career assists (23) and was part of the Cardinals’ 2010 NCAA College Cup squad. DelPiccolo is engaged to Louisville native and former UofL volleyball star Katie George, now an ESPN analyst and reporter.

DelPiccolo’s deal ups LouCity’s roster to 12 players ahead of next season. Negotiations continue for other returners and new signings with updates to follow soon.