The LouCity defender has added to his growing list of accolades. 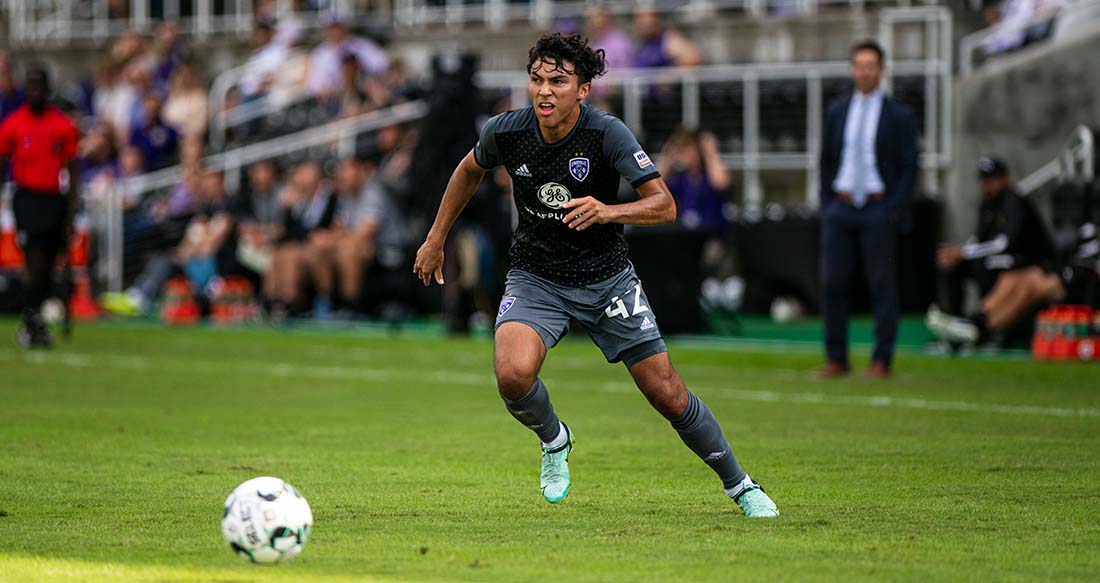 When he arrived at Louisville City FC, signing his first professional contract after winning the 2019 USL League One title with North Texas SC as a USL Academy signing at 16 years old, Jonathan Gomez was primed to take the next step in a promising career.

Two years later, after a year that saw him invited to train with the Mexico Men’s National Team and named in the United States’ preliminary roster for the 2021 Concacaf Gold Cup, that promise is well on the way to being fully realized.

Already named to the USL Championship’s All-League First Team, Gomez was on Tuesday also named the 2021 USL Championship Young Player of the Year, adding to the accolades this campaign has brought him. A mainstay at left back, Gomez helped lead LouCity to a seventh consecutive appearance in the Eastern Conference Final while performing strongly at both ends of the field, tallying two goals and eight assists in attack to go with 39 interceptions, 117 recoveries and a 75.9 percent tackle success rate defensively.

“I think it’s a testament to not only what I’ve done but what we did here as a team at LouCity,” said Gomez of the award. “Obviously, we didn’t end how we wanted, but I think we still had a strong season. I’m proud of my individual performances, and it’s an honor to collect this accolade knowing how many quality young players there are in the league.”

On a veteran-laden squad, Gomez proved one of Louisville’s most consistent performers game-in and game-out. The youngster ranked third on the team in minutes played during the regular season while sitting second to veteran teammate and fellow All-League First Team selection Sean Totsch in interceptions and second to standout winger Brian Ownby in both assists and chances created (42).

Gomez believes being in an environment such as the one that has been fostered since LouCity’s inception as a club has aided his individual progress as a player.

“Being at top club like this and getting First Team minutes at a young age really helped me develop in my game both on the attacking and defensive side,” said Gomez. “I’d say my game has more improved on the attacking side, which is what people look for in modern fullbacks.”

At the same time, the dedication Gomez has applied in training over the past two seasons has reflected his on-field performance so far and the heights to which he could ascend in the future, according to LouCity Head Coach Danny Cruz.

“I think it’s a testament to the work he’s put in day in and day out,” said Cruz. “The kid has an unbelievable work ethic and understanding of the game. It’s no surprise to us at Louisville City that he’s reached the heights he has. The sky’s the limit, and we’re excited as a club to have played a part in his development. We’re looking forward to continuing to watch his growth in the future.”

Gomez’s next chapter has already been determined, with the youngster now set to join La Liga’s Real Sociedad after agreement on his transfer from LouCity was announced in September. The opportunity that lies ahead – both in the club and international game – is now there for the taking for one of the brightest young players the Championship has seen in its history.

“I’m looking forward to just getting over there, getting started and seeing where it can take me,” said Gomez. “I’ll be in Spain in one to two weeks and hopefully getting to know my teammates before I can start playing in January.”

The 2021 USL Championship Awards were voted on by team technical staffs and executives and a league-wide media panel that included representation from every USL Championship market. Voting was conducted following the conclusion of the 2021 Championship regular season.