Bell: The highs and lows of LouCity’s 2021 season

Reflecting on the Eastern Conference Final loss and the year. 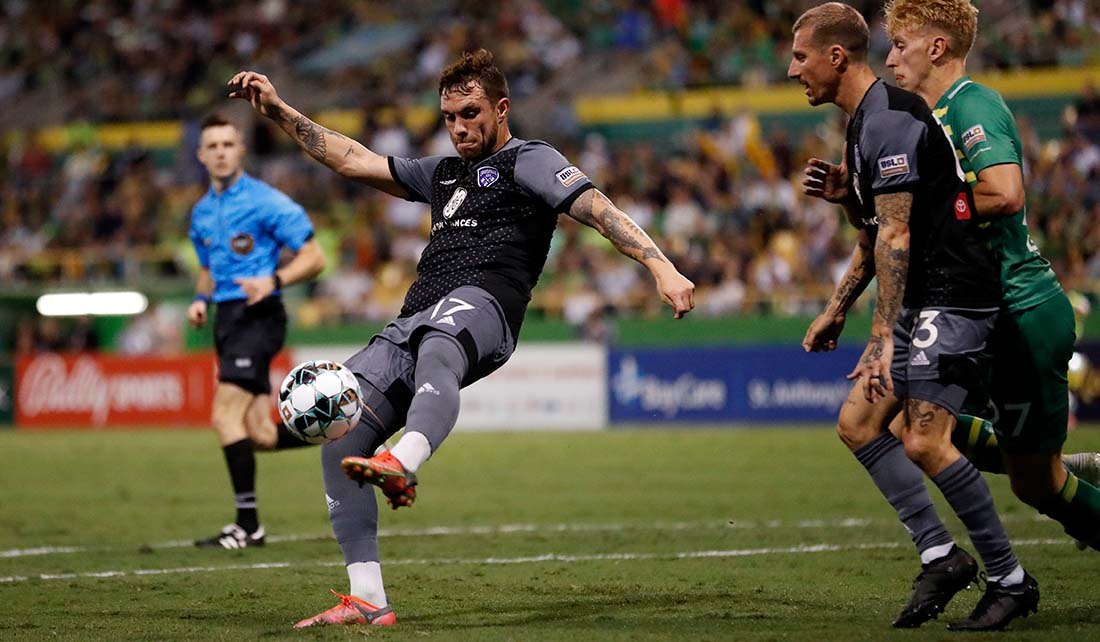 Courtesy of Matt May Photography

The boys in purple built an early lead when Brian Ownby tapped in a 10th-minute ball whipped in from an Oscar Jimenez set piece. Not long after, a Paolo DelPiccolo cross led to a Rowdies own goal to make it 2-0.

But over the final few minutes of regulation, Tampa Bay’s substitutes ramped up the hosts’ attack. Lucky Mkosana scored two minutes after coming on when he hit a low shot from the top of the box. LouCity couldn’t properly clear a corner, and six minutes into stoppage a similar scenario played out. Mkosana this time headed in an equalizer at the back post to cap an extended Rowdies possession.

Steevan Dos Santos, who also came on in the second half, dealt the final blow in the first extra time period.

“I’m extremely thankful for this group of players and everything that they’ve given me this year,” Head Coach Danny Cruz said. “Obviously, to lose the way that we did is going to hurt for a long time. There’s no doubt about that. I’m still proud of the work we did this year and I’m proud of the fight the players gave tonight. We talked at halftime about not taking the foot off the gas. That obviously didn’t happen there. To be one clearance away from the championship is certainly something we’re going to be feeling for a long time.”

What we learned against Tampa Bay

LouCity came out firing on all cylinders in the first half with two early goals, including that fortunate own goal. The boys in purple seemed content to sit back from there, slowing down a game the Rowdies preferred to make a back-and-forth affair.

Composed defending turned into desperate attempts to prevent an equalizer late. After stats were near even at the break, Tampa Bay went on to try 17 more shots, 15 second half crosses and seven crosses.

The strategy will be dismissed, but City entered Saturday on a run of three straight 1-0 victories, all over formidable opponents. Still, it’s fair to say Tampa Bay’s attacking prowess was unlike anything the club had faced this season.

Low points from the year

This LouCity side will be remembered for its struggles late in halves — down to the goals that ended the campaign. Cruz’s side conceded a goal late in either half in six of the last seven regular season games, with a clean sheet victory over Birmingham Legion FC just in time to secure a Central Division title and No. 1 playoff seed.

But that’s not all on tactics. LouCity dealt with injuries, many of them longterm, throughout the season to just about every member of the roster. That included time missed down the stretch for players such as Corben Bone and Tyler Gibson, who both slotted into starting midfield roles the majority of the season.

And the high points

LouCity led the USL Championship in attendance, and the boys in purple delivered home performances to match, losing just once at Lynn Family Stadium after capacity moved to 100% in mid-June.

As a result, the club narrowly finished atop the Central Division, taking it down to a dramatic final weekend bout with runner-up Birmingham Legion FC. City’s regular season point total was on par with the league’s best and set the club up to host the USL Championship Final would it have advanced.

Individually, Cameron Lancaster made it his second career season with 20 goals scored. Brian Ownby was an exception to the injury rule, remaining healthy enough to tally a career-high 11 assists. Captain Paolo DelPiccolo moved up into the attack and netted a personal-best nine goals as a result.

The 18-year-old defender Jonathan Gomez, meanwhile, can be considered the favorite for the league’s Young Player of the Year. Bound for La Liga’s Real Sociedad to start 2022, he numbered eight assists while dazzling with pace and creativity that has him on the radar of both the U.S. and Mexico national teams.

All offseasons are critical, but Cruz and company will have tough decisions to make with the core of LouCity’s roster growing ever older and Gomez leaving a major void at outside back.

Cruz, who in October was appointed the club’s permanent head coach, said after Saturday’s game that “my hope is that we remember this feeling going into next year and try to do a better job of closing out games and getting back to the trophies this club deserves.”