Gonzalez meets 'a big challenge' by working into LouCity's lineup

The game-winning scorer was the only newcomer to the club in Saturday's 11. 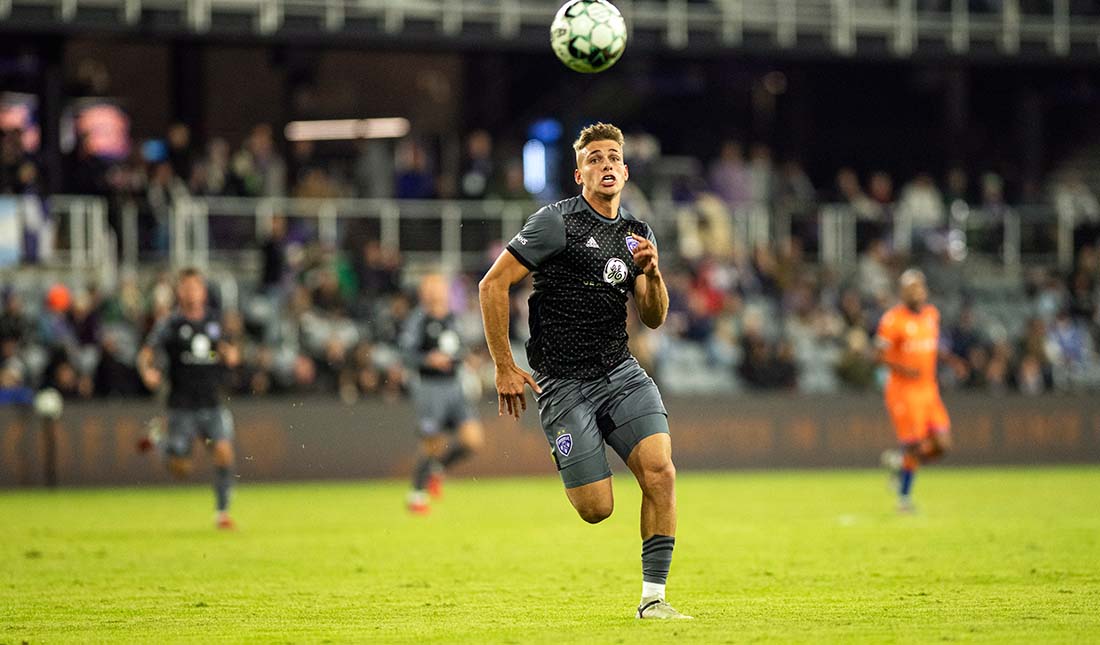 A player with Jorge Gonzalez’s talent and goal-scoring ability could have assured himself a high-profile role at any number of clubs while going out on loan this season from Major League Soccer’s Portland Timbers.

But Gonzalez chose Louisville City FC, where — in the words of coach Danny Cruz — “no spots are guaranteed.”

The 23-year-old Spaniard earned everything that has come to him in 2021, including last weekend’s game-winning goal over Miami FC to open the USL Championship Playoffs.

“It was a big challenge to come to this team because I know we have a lot of good players,” Gonzalez said. "I’ve got to work hard to play.”

Gonzalez was the only newcomer to the club to feature in Cruz’s starting 11 over the weekend, and the forward figures to be back in again as the boys in purple next host the Charlotte Independence at 7:30 p.m. Saturday.

With a win, City would be on to its seventh straight Eastern Conference Final appearance since the club launched.

“It’s difficult to be here at Louisville City and play every single week,” Cruz said. “The players understand that. At the same time, it’s a big piece of our culture. We look for players like that who are in a position where they’re going to come in, they’re going to battle for their spot, and they’re going to give us everything they can.

“That competitiveness is what’s continued to drive this club over and over again year after year. (Gonzalez) certainly fits that, and he’s done an excellent job.”

Gonzalez joined LouCity on April 2 — the boys in purple had already been together in preseason for 60 days — and missed much of the season’s first half due to injury.

Having recuperated from surgery to repair a torn groin muscle, he subbed on to make his return in the waning moments of a June 19 win at FC Tulsa. Gonzalez truly announced himself about a month later, scoring within a minute of coming on at halftime of a 2-1 win July 28 at Sporting KC II.

Cruz has leaned on Gonzalez more down the stretch, starting him in four straight games.

Cruz went on to say that — given his club’s depth — players not in LouCity’s starting lineups would easily earn playing time elsewhere. But when Gonzalez returns to Spain this offseason, he said, “I want to go home with a championship.”

The forward put two of his four shots on target against Miami FC, often cutting in from the left wing, switching to his right foot and looking to bend a shot into the net.

“He was dangerous both in the first and second halves,” Cruz said.

Gonzalez made one of those chances pay off in the 74th minute. He lost possession near the top of the box, got it back thanks to a nudging pass from Corben Bone in the area and tucked a shot in at the opposite post.

“He deserved a goal,” Cruz said. “He worked hard (Saturday night), created some good opportunities, and I’m proud of him.”

Gonzalez now has four club goals having placed 10 of his 28 shots on target. Plenty capable of setting up chances for others, he has completed 88.6% of his passes in the opposing half of the field as well.

“I knew this is a club where we’d look to win a championship,” Gonzalez added, “and you see every day in practice how we work. It’s great to be 100% for the playoffs.”