Bell: What we learned from LouCity's win over Miami FC

The boys in purple appear to have their defense right at a key time. 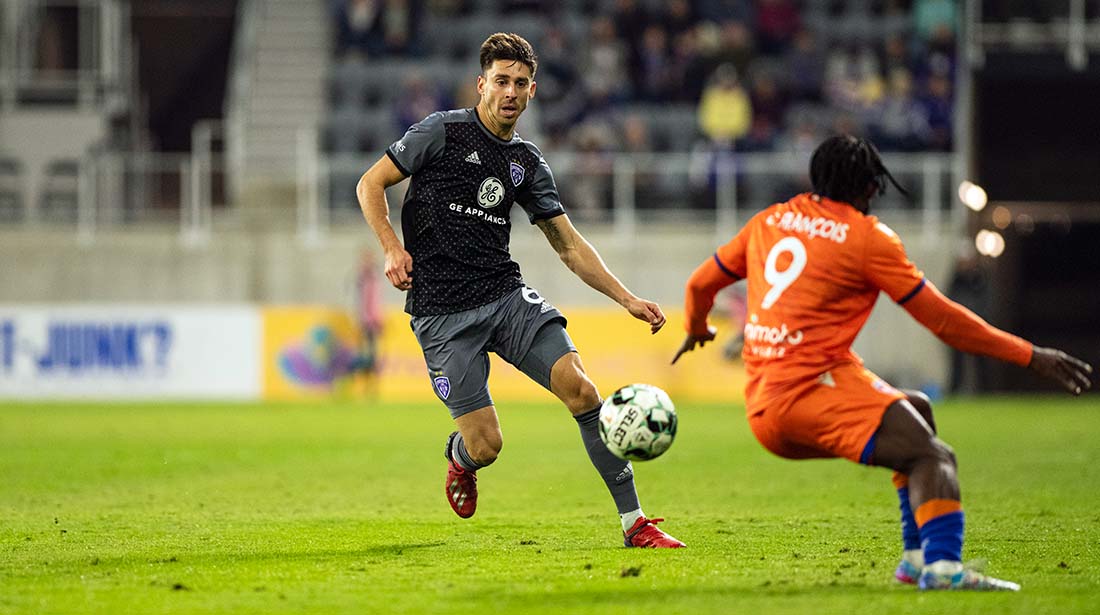 As a result, LouCity is on to host the Charlotte Independence, while it’s a swift postseason exit for Miami, which started three former City players. Devon “Speedy” Williams, Paco Craig and Richard Ballard were all pivotal pieces to the club’s consecutive championship triumphs in 2017 and 2018.

There were 9,097 in attendance at Lynn Family Stadium, marking a record for a LouCity opening-round playoff game.

“Every one of our players feels an immense sense of pride playing in front of these fans,” Cruz added. “It’s a big piece of our record at this place. But, I thought our tempo was a little too slow in the first half, we talked about picking it up in the second half and the players certainly went and executed it.”

Here’s more of what we learned…

Defense steps it up

There’s the old saying that defense wins championships, and LouCity’s unit is certainly rising to that occasion. Combined with a 1-0 regular season finale win over Birmingham Legion FC, the boys in purple have registered back-to-back clean sheets for just the second time this year after a campaign in which they have tended to concede late in halves.

Although Miami had 10 shots and a handful of dangerous chances, only two attempts were on target as opposed to LouCity’s seven on frame. Captain Paolo DelPiccolo led the team in tackles, tallying four, while winger Brian Ownby and center-back Wes Charpie topped the clearance list with four apiece. Real Sociedad-bound Jonathan Gomez tied Ownby for interceptions (two each) while Gomez made the most recoveries on the field (13).

LouCity’s all-around defensive work rate from every position was vital in lifting the club, which continued to substitute wisely. Tyler Gibson, a defensive midfielder, replaced a forward late, while Alexis Souahy and Pat McMahon were also brought on to hold the shutout.

Jorge Gonzalez made the game winner against Miami his fourth goal of the season, a worthy reward after he caused problems for the visitors all game long. Gonzalez looked tough to make along the left wing, tending to cut in on his right foot to contribute a number of crosses in addition to his goal-scoring shot.

It helps, of course, to have a fellow striker on the field like Cameron Lancaster. Gonzalez could make his move to beat the outside back, putting him in space with center backs having to mark the 20-goal scorer Lancaster.

It’s hard enough getting minutes in a dominant LouCity side, but Gonzalez has carved out a significant role while on loan from Major League Soccer’s Portland Timbers. His Man of the Match performance included four shots — a pair on target — and a game-high two key passes. Gonzalez’s passing accuracy also ranked second-highest on the team, a bit of a surprise considering the winger position requires players to put in frequent crosses that have a low chance of succeeding.

“I thought he was really dangerous the entire evening,” Cruz said of Gonzalez. “I thought coming inside on his right foot he was dangerous in both the first and second half. It was a really good finish and when you look at the work our attackers do on both sides of the ball. It’s really important to me and they understand that. He deserved the goal. He worked hard tonight, and I’m proud of him.”

LouCity is used to playing at its own tempo at Lynn Family Stadium having lost there just once since capacity limits were done away with in June. While we often saw visitors sit back during the regular season, playoff opponents don’t figure to do the same, and Miami entered with an aggressive approach that made for a close game.

Cruz’s use of squad depth has helped his team finish the past couple of games out strong. With only Napo Matsoso out with injury right now, substitutes will continue to be used to battle opposing fresh legs, and luckily for LouCity those coming off the bench are right on par with starters.

One game is down with three wins to go for the boys in purple.