Preview: What to watch for with LouCity vs. Miami FC

The boys in purple will begin the hunt for their third USL Championship trophy Saturday night. 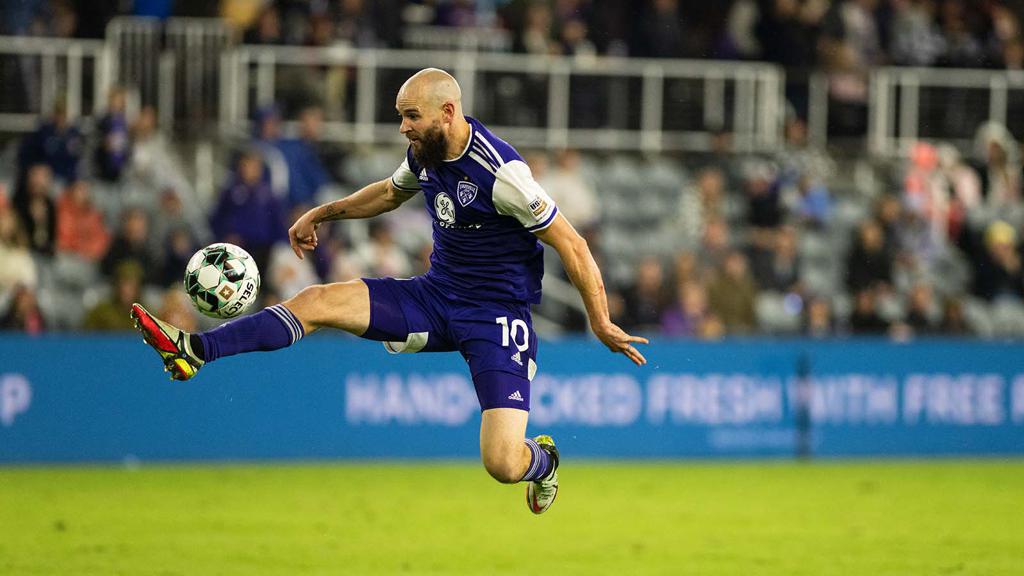 And so the hunt for a third star begins.

LouCity enters the postseason having won back-to-back matches in earning its No. 1 seed, closing out the 32-game campaign with a 1-0 victory last weekend over second-place Birmingham Legion FC.

Home field advantage belongs to City — should it advance out of Saturday’s Eastern Conference Quarterfinal — next weekend as well with the club at 18-7-7, having accumulated 61 points.

Miami, the Atlantic Division’s No. 4 seed, brings to town a 16-10-6 record, good for 54 points. It’s a new challenge for LouCity, which played outside its division only four times.

The boys in purple have never played Miami FC before with this weekend’s foe having entered the USL Championship in 2020.

Paul Dalglish — son of the famed Scotland international Kenny Dalglish — coaches Miami, with the roster including plenty of familiar faces. Each of Richard Ballard, Paco Craig and Devon "Speedy" Williams were part of LouCity teams that won USL Championship titles in 2017 and 2018.

This year’s 16-team, single-elimination tournament consists of four teams apiece from the Atlantic, Central, Mountain and Pacific divisions. It all leads up to a final airing on ESPN 8:30 p.m. Sunday, Nov. 28.

There's a lot to unpack after the regular season, so here's what to watch for this weekend...

“We certainly understand the expectations and we also understand how important the game is. We’re looking forward to do it in front of our fans and beautiful stadium. Saturday can’t come soon enough.”

• On the WBKI/TheCW and ESPN+ call: Chris Wittyngham (play-by-play) and Devon Kerr (color).

Playoff scenarios:  Should the boys in purple prevail Saturday night, LouCity will remain home for an Eastern Conference Semifinal against either the Central Division’s No. 3 seed, Memphis 901 FC, or the Atlantic’s No. 2, Charlotte Independence. Past that, the boys would only have to travel for the Eastern Conference Final should they match up with Tampa Bay Rowdies.

Bigger picture: LouCity has advanced to at least the conference final in six straight seasons — every year since beginning play in 2015 — and won back-to-back USL Championship titles in 2017 and 2018. As for adding a third star above the crest? FiveThirtyEight.com considers Louisville the third choice to win it all, giving City a 24% chance of making the league final and 13% chance of raising the trophy.

Home field advantage: Boasting a 13-2-2 record at Lynn Family Stadium, it's no secret the boys in purple love playing in their friendly confines. A league-best average of 10,088 fans were in the building for each game. Since moving to 100% capacity in June, LouCity has lost just once while outscoring visitors by a combined 18 goals.

Familiar faces: As previously mentioned, three former LouCity players will take the pitch at Lynn Family Stadium on Saturday in Ballard, Craig and Williams. In their time with LouCity, the trio was a part of both title-winning City teams. They also left Louisville heavily decorated, with the defender Craig earning All-League First Team honors in 2017 and 2018, and the midfielder Williams receiving a First Team recognition in 2020.

Full strength City: It was rare throughout the 28-week regular season for Cruz to have full squad selection, as throughout the year key players such as Corben Bone, Jorge Gonzalez, Oscar Jimenez, Abdou Thiam, Josh Wynder and Wes Charpie have all missed extended time due to injury. However, LouCity has gained its health at the right time. With the return of defensive midfielder Tyler Gibson last Saturday, just one player – Napo Matsoso – remains "questionable" on the injury report ahead of this weekend's playoff game.

Bagels again: From 32 games, LouCity kept seven clean sheets. Yes, shutouts were rare, but the latest effort from goalkeeper Chris Hubbard and the back line was promising. A defensive core of Charpie, Jimenez, Jonathan Gomez and Sean Totsch kept Birmingham Legion FC from placing a single shot on target and allowed the foe to try just nine shots on the night.

Hoppenot's heroics: If there’s a clutch moment to be had this time of year, look for Antoine Hoppenot to provide it. Two years after his injury time equalizer helped LouCity to an Eastern Conference Final victory, the Frenchman subbed on and seconds later scored on his first touch of the season in Birmingham. The victory both clinched a Central Division title and No. 1 playoff seed.

Man of the Match: Hoppenot’s goal would have never happened without a pinpoint pass from Charpie. He played a ball 50 or so yards forward to Gomez, who found Brian Ownby for a cross to the back post and game-winner. Charpie was making his second start on the return from injury and also led LouCity with 75 touches, completed 83.1% of his passes and gained possession four times.

Count on Cam: LouCity’s top scorer didn’t add to his tally at Birmingham, but Cameron Lancaster remained a threat. Two of Lancaster’s three shots landed on target — both of them early attempts from the top of the box — to put pressure on the opposing defense. Lancaster has scored 20 goals this season for the second time in his career, which totals 71 in the USL Championship, ranking fourth all-time in the league.