Antoine Hoppenot delivered another legendary moment with his 82nd-minute heroics. 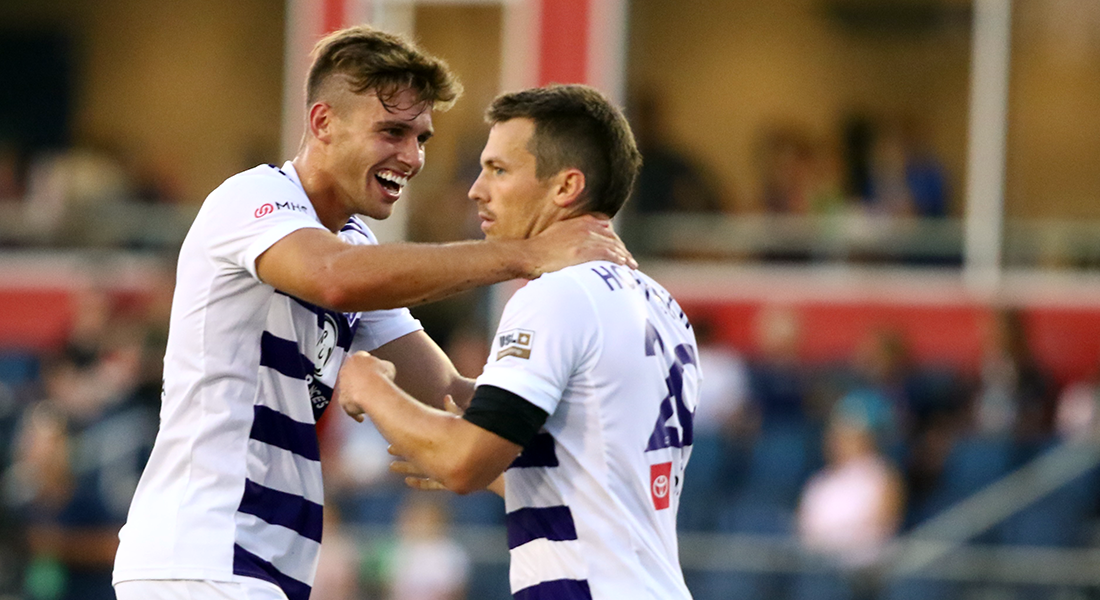 Antoine Hoppenot made his first touch count Saturday, finishing a cross from Brian Ownby seconds after subbing on to net another memorable Louisville City FC strike.

Also the hero of the 2019 Eastern Conference Final, Hoppenot hammered in a ball at the back post that led to a 1-0 LouCity win over Birmingham Legion FC, both sealing a Central Division title and No. 1 USL Championship Playoffs seed for the boys in purple.

As a result, LouCity will host Miami FC at 8 p.m. next Saturday in its opener to the 16-team, single-elimination postseason. Tickets are now on sale at LouCity.com/playoffs.

“All credit to the group of men there in that locker room,” said coach Danny Cruz. “We did an excellent job tonight — executed the game plan exactly as we spoke about all week. Tied late, changed our shape, we executed it perfectly. And then obviously to close the game out, I have a huge sense of pride for that group in there. Fantastic performance and certainly a good way to end the regular season.”

Hoppenot’s goal turned a night of offensive frustration to jubilation for LouCity, which didn’t concede a single shot on target to Legion FC.

In the opening half, the boys in purple saw a pair Cameron Lancaster shots turned away in the 14th and 20th minutes, while Birmingham goalkeeper Matt Van Oekel also denied an Ownby header at the near post.

Though sixty percent of possession swayed in Legion FC’s favor out of the locker room, LouCity continued to bring on forwards as subs. A loss or draw would have landed the club a No. 2 seed. The boys in purple simple had to win to clinch the division.

“The guys that started the game obviously did a really good job, especially in the first half to put a lot of pressure on them making sure they couldn’t get up,” Hoppenot said. “I think we played some really, really good soccer. A few combinations where we’re completing a couple passes, drawing them to one side and then finding the other side and creating opportunities that way.

“I thought they did a great job in the first half, and a team that has to defend that long, by the time I come in they’re tired and it’s way easier for me to kind of find these spots and find these moments we’re going to be able to get a goal.”

LouCity improved to 18-7-7, good for 61 points on the season, with the victory and in the process ended a nine-game Birmingham unbeaten streak. The record ranks the boys in purple among the best in the Eastern Conference, setting them up to possibly host more playoff games should they advance.

“Miami’s probably a team that most guys on our team are relatively familiar with, just because of a few players who have gone there from here,” Hoppenot said. “The Pacos and the Speedys and the Richies — they came from here to there, so we know them personally. You tend to try to watch those game a little bit more.

Man of the Match: Wes Charpie