A hat trick on Saturday night against Memphis 901 FC earned the Englishman's the honors. 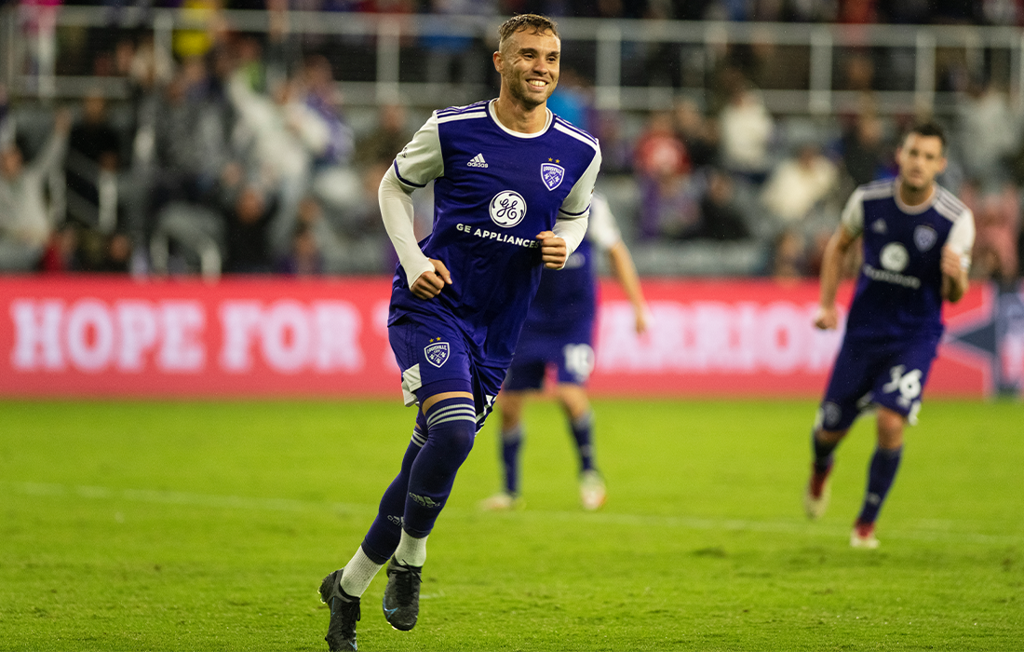 The USL Championship on Tuesday named  Cameron Lancaster its Player of the Week after the Louisville City FC forward recorded his second career hat trick in purple, leading LouCity to a 3-1 victory over Memphis 901 FC.

The 2018 Golden Boot winner opened the scoring in the 21st minute on Saturday night as he played a role in the build-up before heading home into the left corner off a ball from Jonathan Gomez from the left flank. Then in first-half stoppage time, Lancaster restored LouCity’s lead with a sensational long-range strike from 40 yards that outfoxed the goalkeeper and earned a place on ESPN’s SportsCenter Top 10 on Saturday night before wrapping up his hat trick from the penalty spot midway through the second half.

Lancaster reached 20 goals for the season with his performance, becoming only the second player to register two 20-goal regular season campaigns in the league’s history after current Nashville SC forward Daniel Rios – and now sits fourth in the Championship with 71 career regular season goals all-time, one behind legendary Colombian forward Jorge Herrera on 72 and two back of current San Diego Loyal SC forward Corey Hertzog on 73.

Also on the USL Championship's Team of the Week was Gomez, who provided the assist on Lancaster's first goal and recorded a pair of key passes, six recoveries and three interceptions.

The honor marks the second time this season that Lancaster has been named the USL Championship's Player of the Week. The first came in Week Nine after Lancaster registered three goals across two games.