Bell: What we learned from LouCity's win over Memphis 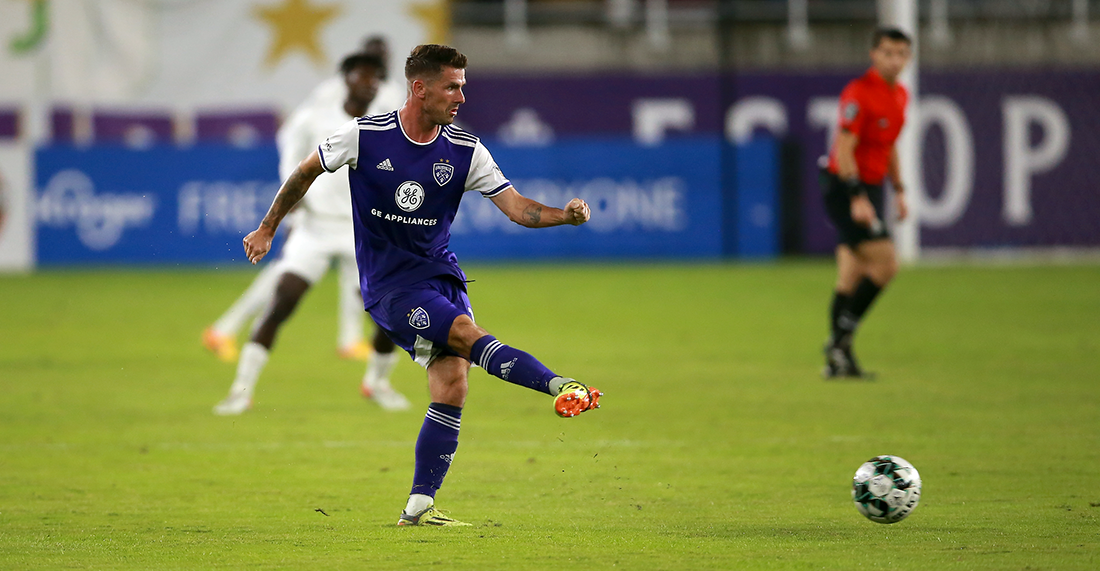 Louisville City FC defeated Memphis 901 FC on Saturday night at Lynn Family stadium by a score of 3-1, with the final game of the four-match regular-season series between the two ending at 2-1-1 in favor of the boys in purple.

Cameron Lancaster bagged a hat trick, and coach Danny Cruz’s team bounced back well after consecutive losses away from home, one of those coming in Memphis. The win edged LouCity ahead of Birmingham Legion FC in the USL Championship’s Central Division standings, though Birmingham has the chance to reassert itself Sunday afternoon.

It all sets up an epic final game of the season Saturday in Birmingham, where the winner of LouCity at Legion FC could claim a No. 1 playoff seed.

Here’s more of what we learned from the Memphis victory…

McCabe slides into the No. 6 role

McCabe tallied two tackles, second-most on the field, and provided a clearance. He also won three fouls, the most out of any player on the field.

The Dublin native was also excellent in possession, connecting the most passes on the field (63) while having the second most successful passes (53). McCabe’s 33 passes into the opposition's half were only topped by midfield comrade Corben Bone, who recorded 35. Even from the defensive mid position, McCabe swung in three crosses, tied for the second-most on the field behind winger Brian Ownby.

"His leadership was really important there.” Cruz said of McCabe’s. “There are still some areas he knows we want to continue to look at for himself moving forward in regard to transition and being in a good spot to break up plays. Tonight he had a really good performance. I was really happy with him.”

LouCity’s go-to forward showed out against Memphis, registering his second hat trick in purple following a first against New York Red Bulls II in August of 2018. Lancaster also recorded his fourth multi-goal game this season while reaching 20 goals on the year.

Those numbers are all despite Lancaster appearing in only 24 of 31 games, missing multiple fixtures due to injury earlier this season. The Tottenham Hotspur product launched four of LouCity’s five shots on target, including his first half stoppage time strike from distance that knuckled past the goalkeeper to put LouCity up 2-1 and ahead for good. He also headed in an early cross from Jonathan Gomez and capitalized on a second half penalty try, again set up by Gomez earning a foul in the box.

“You have to go into every game thinking you're going to get more goals,” Lancaster said. “You have to. After the first one, you’re hungry for more. That’s basically my mentality.”

While LouCity was held scoreless last out at Indy Eleven, the boys in purple returned to their usual scoring prowess back on their home pitch. The club tallied fewer shots than Memphis but tripled up 901 FC in goals. How? Efficiency. None of LouCity’s nine shots were blocked, and five landed on target.

Additionally, LouCity made the most of its chances by straying offside only twice compared to Memphis’ four calls, despite the host side having more possession. LouCity had more quality looks as well, out-shooting Memphis in the box and producing a number of corners. Expected goals shows the same story, with LouCity having 2.33 Xg compared to Memphis 901’s 1.33 Xg.

LouCity will need to stay in form with a potential must-win game ahead next weekend for the division crown, then single-elimination playoffs from there. The persistent problem of conceding late in either half remains troubling, but overall, the boys in purple continue to limit opposing chances from inside the box.

“There are issues that we need to continue to address.” Cruz said about season struggles, “I’m certainly unhappy with the goal with five minutes left in the half. We’ve spoken about it over and over again and we’ve talked about the different ideas of the things we need to do.”

Feeding the ball down the touchline to wide players like Gomez, Brian Ownby, Antoine Hoppenot and Oscar Jimenez has been the theme in many games, including against Memphis when the opening goal was a result of wing play preceding a cross. LouCity shouldn’t stray from this tactic as utilizing players with the ability to beat a defender and put in a quality cross, especially with Lancaster’s lurking aerial threat in the box.

“Ultimately, [playing Birmingham] will be a great test for us going into the playoffs.” Cruz said. “It’s a good opportunity to bounce back from the last time we played there and pick up three points and we certainly need it. We are going there for three points.”