Preview: What to watch for with LouCity at Memphis 901 FC

LouCity will make a return trip to Memphis in Danny Cruz's first game as the permanent manager. 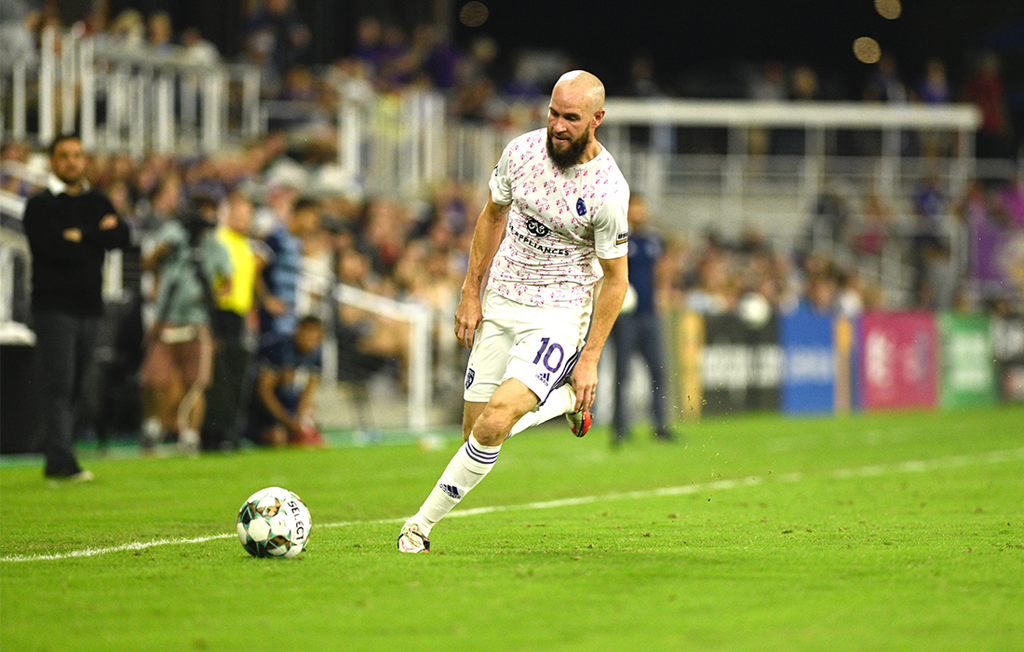 Louisville City FC and Memphis 901 FC will meet twice in as many weeks down the stretch of the USL Championship season as both sides firm up their playoff positioning.

The first of those matchups is set for 8 p.m. ET Wednesday at AutoZone Park before the clubs’ series concludes Oct. 23 at Lynn Family Stadium.

The boys in purple continue to lead the Central Division and have already clinched a home opener to the postseason the first weekend of November with details to be determined later. For every point tallied over its final four games, LouCity will increase its chances of playing more at Lynn Family Stadium.

Memphis 901 FC, meanwhile, is in the thick of a fight to qualify for the playoffs at all. The club goes into Wednesday holding the fourth and final Central Division spot and has two games in hand on every team chasing on the bottom half of the table.

Previously, LouCity defeated Memphis by a 3-0 score on June 12, a sparkling result in what was Lynn Family Stadium’s first 100% capacity game. The sides played to a 1-1 draw when they reconvened Sept. 25 in Memphis, where both goals were scored in the opening eight minutes.

Two of the league’s top scorers will square off in this rematch with LouCity’s Cameron Lancaster and 901 FC’s Kyle Murphy tied for third in the USL Championship with 17 goals apiece.

Here’s more of what to watch for…

Interim no more: LouCity announced Monday that Danny Cruz has agreed to a new multi-year deal making him the club’s permanent head coach. Cruz has been at the helm since Game 2 in 2021, earning the promotion from top assistant following John Hackworth’s departure. The boys in purple are second in the USL Championship with 56 goals scored and sport the best expected goals against average of 0.95 per game.

Playoff scenarios: LouCity will go on to finish either first or second in the Central Division, and in turn the club will host either the Atlantic Division’s No. 4 or 3 seed. Home advantage for later rounds in the 16-team postseason go to the side with the higher point total. Only one club in the Eastern Conference — the Tampa Bay Rowdies — is currently out-pacing LouCity’s 55 points with 61 of their own. With 62 points, the Western Conference’s Phoenix Rising FC holds the league’s best overall record.

Comeback City: Until Saturday night’s back-and-forth victory over Sporting KC II, LouCity had yet to win a game this season after trailing — granted, the sample size was small. The boys in purple conceded in the 84th and 85th minutes to face a 3-2 deficit before late goals by Oscar Jimenez and Cameron Lancaster lifted the boys in purple in the game’s final seconds.

Clutch Cam: Lancaster, who had a first half penalty in addition to a game-winner at the death, raised his career total for USL Championship goals to 68, tying him for fourth on the league’s all-time list with Chandler Hoffman. Niall McCabe played a looping free kick in, Brian Ownby headed it across the face of goal, and Lancaster sent 10,762 fans at Lynn Family Stadium into a frenzy by finishing his 93rd-minute chance.

Ownby on fire: The forward assisted both the first and last of LouCity’s goals Saturday, raising his season total to a career-high 10, tying him for the USL Championship lead. Additionally, Ownby got in behind the Sporting KC II defense early and appeared on his way to scoring until taken down by the opposing goalkeeper. Lancaster converted the ensuing 30th-minute penalty kick.

Key returns: Forward Abdou Thiam and the defender Jimenez — both having missed much of the season due to injury — paired up to equalize in the 88th minute. Seconds after coming on, Thiam sent a cross to the back post, and Jimenez rocketed his shot into the roof of the net. It marked Thiam’s first goal contribution this season as well as Jimenez’s first goal in 2021. Also of note against SKC II, defender Wes Charpie made his first appearance since suffering an ankle injury Aug. 22 as a halftime sub.

Reporting for duty: Opportunities keep coming for defender Jonathan Gomez. A week after his impending transfer to La Liga’s Real Sociedad was announced, the 18-year-old was called into camp with Mexico’s U-20 national team. Gomez, a dual national with an option to one day represent the United States at the senior level, played on the weekend against England and figures to return for Saturday’s game at Indy Eleven.