Bell: What we learned from LouCity's win over SKC II

A few things have become apparent as playoff season nears. 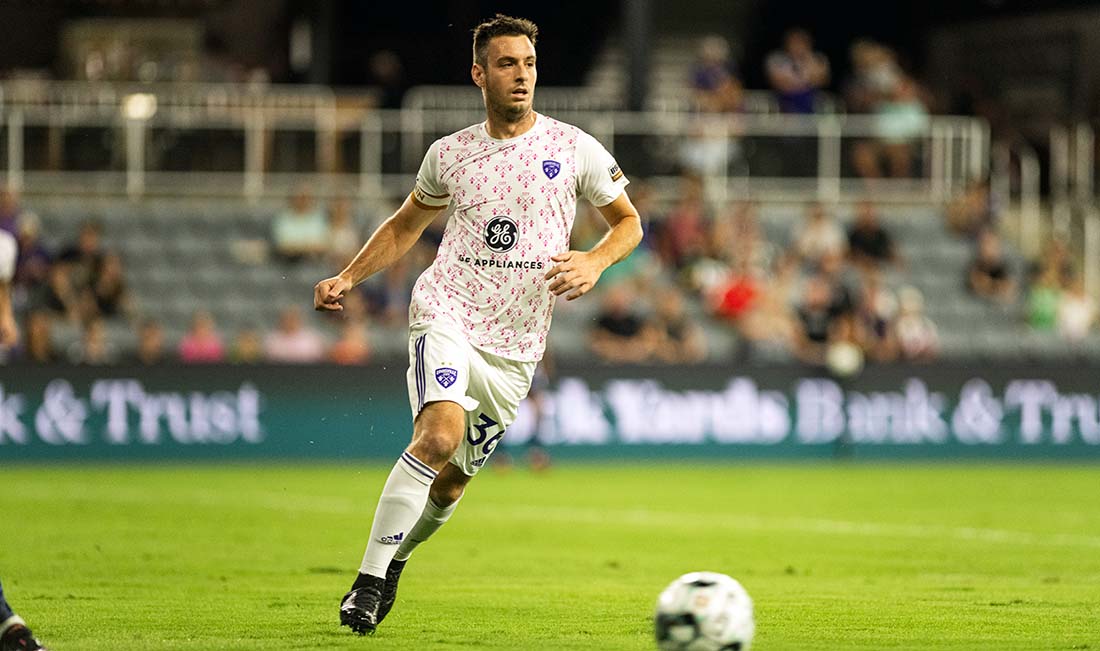 It was 2-1 as the game seemed to slow down to open the second half, at least until the 84th minute when Sporting KC II’s Jacob Davis bagged his second goal of the game. A minute later, Sporting’s Jamil Roberts rifled in a shot from distance to give the visitors their first lead at Lynn Family Stadium.

Impact sub Abdou Thiam then entered for LouCity, and within a minute he assisted Oscar Jimenez’s equalizing goal with a ball slid across the box and to the back post. Jimenez thumped a shot into the roof of the net for his first goal of the year.

The game wasn’t over for the boys in purple, who went hunting for a late winner and got it in stunning fashion. Cameron Lancaster, inevitable as ever, blasted the ball at point-blank range after Brian Ownby hung in the air to flick on a Niall McCabe free kick in the 94th minute.

Though LouCity fans will be ecstatic about the win, the team will be disappointed about conceding three goals against a team ranked last in the USL Championship’s Central Division. Still, this is seven games unbeaten and the club’s first comeback win of the season.

“I can’t even tell you what was going through my head. t was all a blur,” head coach Danny Cruz said afterward. “It all happened very quickly, but it’s what Cam does. He puts himself in a good spot. Brian did a great job heading it back across and it was a great delivery from Niall.

“I’m at a little bit of a loss for words because the game was so wild. I know one thing: I continue every week to be proud to be the manager of this group.”

Here’s more of what we learned from Saturday’s thriller…

How many weeks in a row can we say this? Those who came off the bench again made a genuine impact in the outcome.

“We had to make some quick decisions there collectively to make the subs that we did,” Cruz said. “Abdou is someone who continues to work hard every single day. He’s been through a ton but when you talk about culture, when you talk about the type of person I want in that locker room, he’s the exact mold of that. I was really happy for him. He did a great job when he came on and he affected the game.

“Jimmy [McLaughlin], I felt, had a really good game. He’s done a great job in training and I felt that he could come in and change the game; it’s the same with Wes [Charpie]” — both of whom entered as halftime changes.

In addition to Thiam’s assist on the equalizer, McCabe was among his late subs and drilled the game-winning free kick.

Altogether, LouCity’s substitutes had an average of 89.5% passing accuracy and had 49 passes into the opposition’s half. Also, as seen on the heat maps of the game, LouCity’s positioning became more offensive and pushed forward after fresh legs were brought on in the second half.

LouCity shifts gears in the second half

Cruz’s halftime talk must have insisted his side push on, as the boys in purple upped their attack in the second half. The club’s shots doubled, from nine compared to four in the opening 45 minutes, and six of those were on target.

It’s worth pointing out the discipline in a dramatic game, too. Even as the game intensified, City committed no more fouls in the second half than the first.

“We hold ourselves to a high standard,” forward Brian Ownby said. “We’ve been there before in late games and we know we always have that one chance. It’s incredible to get the win.”

Looking toward the playoffs, City will need to sharpen up defensively, as every team the club faces in the postseason figures to be better at capitalizing on chances than a Sporting KC II side that scored three times.

Two of SKC II’s goals can be attributed to poor pressuring, with the other the root of a defensive mistakes. The likes of Phoenix Rising, the Tampa Bay Rowdies and El Paso Locomotive will hurt you in those situations at a higher percentage than Saturday’s foe.

“We can’t give up two goals that late in the game,” Lancaster said. “We’re too good of a team to be doing that, and it destroys all of the hard work we had done earlier in the game.”

Offensively, however, the beat goes on. Paolo DelPiccolo scored early for his career-high eighth goal of the season; Ownby earned a first half penalty converted by Lancaster; and LouCity finished its four-game season series against SKC II with 14 goals scored on that opponent alone.

DelPiccolo’s late runs into the box will continue to be crucial to getting desirable outcomes. Finally, if City can keep Lancaster healthy and in form, breaking down higher-quality teams will be much more straightforward.