Preview: What to watch for with LouCity vs. New Mexico United

The boys in purple are looking to clinch a playoff spot on national TV. 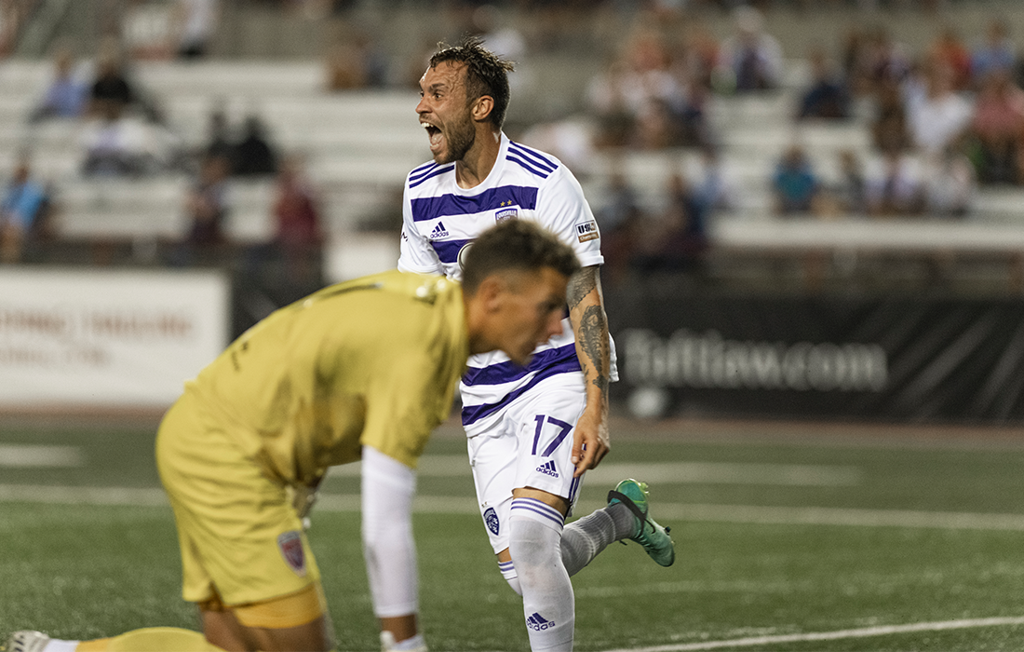 With kickoff at 3 p.m., LouCity-New Mexico features the first-ever match between two of the league's most well-supported sides with the hosts (9,858) and visitors (8,198) topping the attendance charts this season.

In the month since the last time the boys in purple played a game on their home pitch, they’ve gone unbeaten in five straight road games, each of them bringing their own challenges in terms of field size, surface types and weather.

Finally, at Lynn Family Stadium, LouCity will be back on its large grass pitch with 10,000-plus expected in the stands. At 14-5-7, the club is a point off the Central Division lead with Birmingham Legion defeating Sporting KC II on Friday.

New Mexico United travels to Louisville also in good form, riding a three-game win streak with four its last five results victories. At 10-8-7 on the season, the Troy Lesesne-led side sits a point above the Mountain Division’s playoff cut line in fourth place.

Sunday’s game marks the last of LouCity’s four non-division games in 2021. Here’s more of what to watch for…

“It’s going to be fantastic. I’m sure our atmosphere is going to be first class as it always is. That’s something the players are certainly looking forward to. Being back in our home environment and playing a good opponent out of the west. The guys are excited about the big game.”

Clinching scenarios: While a point earned won't be LouCity's aim against New Mexico, that will be all  is needed to clinch a playoff spot and officially begin a run for a third USL Championship title. Should the boys in purple lose Sunday, a loss or draw for OKC Energy FC — it plays San Antonio later in the day — would also mathematically put LouCity in the playoffs.

Postseason format: The 16-team tournament kicks off the first weekend in November and leads up to a Nov. 28 final to air on ESPN or ESPN2. Eight teams apiece from the Eastern and Western conferences will sit on either side of the bracket. Better seeds host opening-round games, while clubs touting higher point totals get home advantage in ensuing rounds.

The bigger picture: Time for LouCity to top the entire league is running short. On 49 points through 26 games, the boys in purple are chasing Phoenix Rising FC (56 points in 26 games) and the Tampa Bay Rowdies (55 points in 25 games) for the USL Championship’s overall No. 1 playoffs seed.

Unbeaten run: Following a 1-0 home defeat to FC Tulsa back on Sept. 3, LouCity rattled of five straight games without a loss, all of them away. The run included wins at Hartford Athletic and Indy Eleven along with draws versus OKC Energy FC, Memphis 901 FC and Atlanta United 2.

Conceding first: LouCity has rallied for its last two results, seeing Memphis 901 FC and Atlanta United 2 both score first before the boys in purple supplied there answer. The club is still, however, without a comeback victory in 2021 having rarely trailed in the first half of the season.

Strong response: Two halftime substitutions and a change of shape were what LouCity needed to break through in the second half Wednesday in Atlanta. Cruz’s side swapped from a 4-3-3 to 3-5-2, plus brought on Paolo DelPiccolo and Oscar Jimenez at the break. It resulted in LouCity out-shooting Atlanta 13-3 over the final 45 minutes, with 12 of those attempts within the box.

Milestone moment: With his halftime sub, DelPiccolo marked 150 league appearances in purple. The longtime LouCity captain, a University of Louisville graduate, did so amid a season that has seen him score a career-high five goals in a more attacking-based role in the midfield.

Heads up: Proven goal scorers Cameron Lancaster has lately added a new flair to his finishes, putting each of the last three of his team-high 15 goals on the year in via headers. The striker is tied for third in the league in scoring behind only Colorado Springs’ Hadji Barry (24 goals) and Tampa Bay’s Sebastian Guenzatti (16).