The Collins High School product has regularly trained this season with the first team. 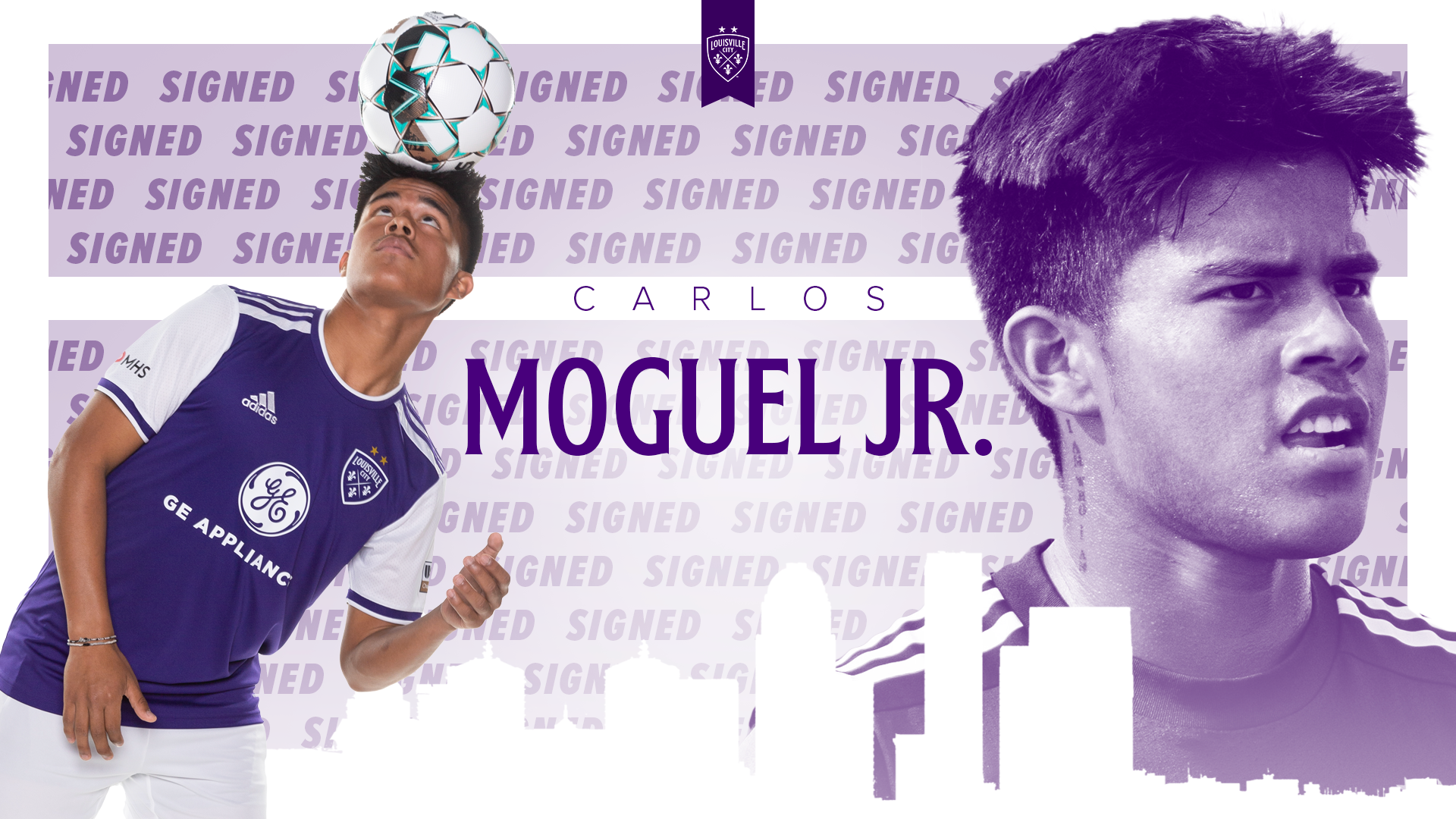 Moguel’s deal announced Monday sees him follow in the footsteps of brothers Elijah and Josh Wynder. All three have earned their spots within the last year having starred for LouCity’s academy squad and taken part in a number of training sessions with older pros.

“I’m grateful, blessed and excited, because this is just the beginning,” Moguel said. “I’m ready to start this new journey. I spent two years with the academy and had to earn this. That time challenged me and pushed me, and I’m thrilled to now get a pro deal.”

A Louisville native, Moguel attended Martha Layne Collins High School in Shelbyville, Ky., where he was a Courier Journal All-Area nominee and honorable mention to the All-State list. Moguel then turned his focus more recently to LouCity.

The 18-year-old has appeared on multiple team sheets as a substitute for USL Championship games and was a key part of a successful run for the club’s first USL Academy League team. That group went an unbeaten 6-0-3 over the summer playing against, among others, familiar USL rivals Indy Eleven and Pittsburgh Riverhounds SC.

“Carlos is a young and talented young player who has shown tremendous growth this year,” said LouCity coach Danny Cruz. “He has earned this opportunity through his performances in training every day and with our USL Academy League team.

“This is a proud moment here at the club as we see another academy player sign a first team contract. I’m thankful to our ownership for their commitment as well as James O’Connor, Mario Sanchez and Luke Spencer for the work that they continue to do with these academy players. Carlos has a bright future, and we are looking forward to continuing to play an important role in his development.”

Moguel will in the immediate future provide depth to LouCity’s central midfield.

“I’ve known Carlos since he was a little kid, and he’s always been one of the top youth players in our region,” said Sanchez, the academy’s director. “Ability-wise, he can change games with his passing range. He’s got a really good engine on him. It’s another great piece of the puzzle.

“LouCity’s all about winning championships. We’re not signing kids just to sign them. We’re signing them to win, and the commitment the club shows to the pathway to pro is so important.”