On loan from MLS' Portland Timbers, he's working into the rotation off an injury. 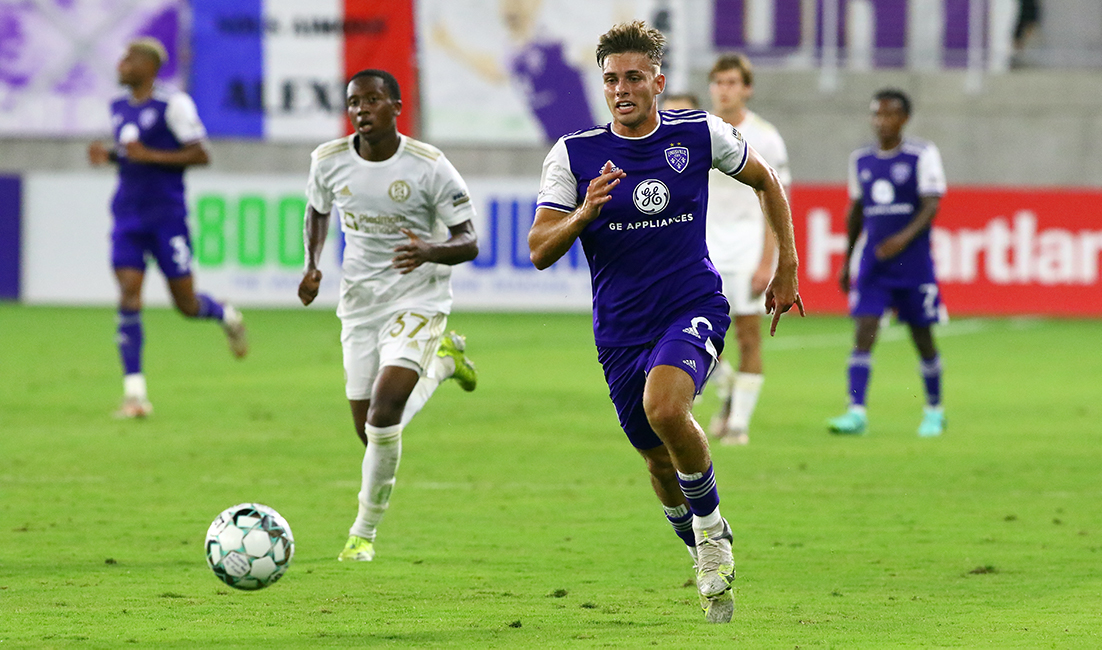 When Louisville City FC brought in Jorge Gonzalez in on loan from Major League Soccer’s Portland Timbers, all parties involved expected the forward to be scoring goals and setting up teammates for chances of their own to reinforce an electric USL Championship offense.

Gonzalez suffered a groin injury shortly after his arrival, requiring surgery before he debuted for LouCity as an 87th-minute sub a June 19 win at FC Tulsa.

But the native of Spain aggravated his ailment again, requiring more time off until he stepped on the Lynn Family Stadium pitch as part of Saturday night’s victory over Atlanta United 2.

“It’s been a hard start of the season because I got injured right when I came,” Gonzalez said. “So being able to step onto the field in almost three months is incredible — in front of this crowd is amazing. I’m really happy.

“Having to go through a surgery is hard mentally, but with my teammates, my family and everyone who supports me (it) is much easier.”

Gonzalez drew the attention of LouCity’s staff by scoring eight goals in 10 Portland Timbers 2 appearances last season. The 22-year-old in April secured a senior team deal with MLS’ Timbers as he went out on loan to the USL Championship side in Louisville.

The connection to LouCity goes back a bit further, too. Mario Sanchez — the club’s academy director and now an assistant for the first team - coached Gonzalez during his college days at Southern Illinois University Edwardsville.

Selected in the 2020 MLS SuperDraft, Gonzalez figures he can contribute moving forward in an array of offensive roles.

“I’ve always played in any position in the attack, so I feel good playing either winger, 10, false nine,” he said. “I just want to help the team on the attack. That’s all that matters.”

Gonzalez will join a corps of players up top including veterans like Niall McCabe, Brian Ownby and Antoine Hoppenot. Combined with a 1-2 striker punch of Cameron Lancaster and Kyle Greig, the boys in purple are second in the USL Championship in scoring with 28 goals and sport a +12 goal differential, best by 10 goals in the Central Division.

“I feel like finally I vibe with the team,” he said. “I have to keep working on my fitness, take the opportunities and everything will come."