It'll be an all-day party in Butchertown leading up to the first 100% capacity game. 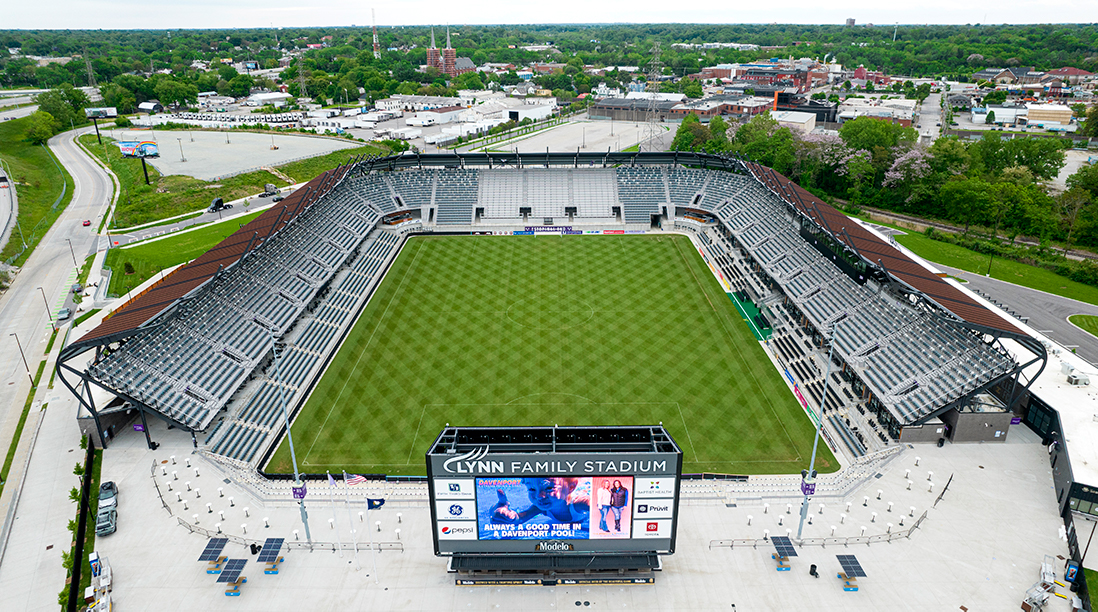 A number of extra attractions are planned around the Butchertown neighborhood venue’s first game at 100% stadium capacity, with tickets on sale now at LouCity.com/tickets or by calling (502) LOU-CITY.

Moving forward, the club encourages early arrival to avoid traffic; tailgating is permitted in the Gold Lot east of the stadium; and plenty of local businesses are nearby to frequent. Stadium lots will sell out, leaving area surface lots and off street parking as the next-best options.

Gates for the Grand Opening — presented by Messer-Harmon construction — open at 6 p.m., with $3 draft beers until game time at 7:30 p.m. and the renowned DJ K-Dogg working a pregame playlist.

Outside the north end of the stadium from 5-6:30 p.m. fans can find contests on the miniature soccer pitch along with myriad kids zone activities and concessions including Ehrler's ice cream.

As the opening whistle nears, The Coopers’ March to the Match will ramp up the environment. LouCity’s original supporters group plans to walk as one starting at 6:15 p.m. from Ten20 Craft Brewery on Washington Street into Lynn Family Stadium. All are welcome to join; follow @loucoopers on Twitter in the event of any route changes and for other communications around the march.

Kentucky native Ben Sollee is set to perform the national anthem, and players will walk out to purple smoke along with plenty of support against visiting Memphis 901 FC for a game that’s expected to sell out.

The nearby Hog Father Pizza Shop, at 1301 Story Ave., will host an official outdoor postgame party complete with drink specials and live music made to accommodate a large crowd.

Lynn Family Stadium, with a maximum venue capacity of 15,304, is expected to eclipse its current record crowd of 10,731 to attend LouCity's most-recent home game back on May 29.

Those who can’t make it to Lynn Family Stadium’s full unveiling can enjoy a number of other LouCity and Racing Louisville FC games this season. The boys in purple are home again on June 16 against the Birmingham Legion before Racing hosts the Houston Dash on June 20.