With a left foot 'like a wand,' Gomez stands out for LouCity

The 17-year-old outside back has impressed through two games this season. 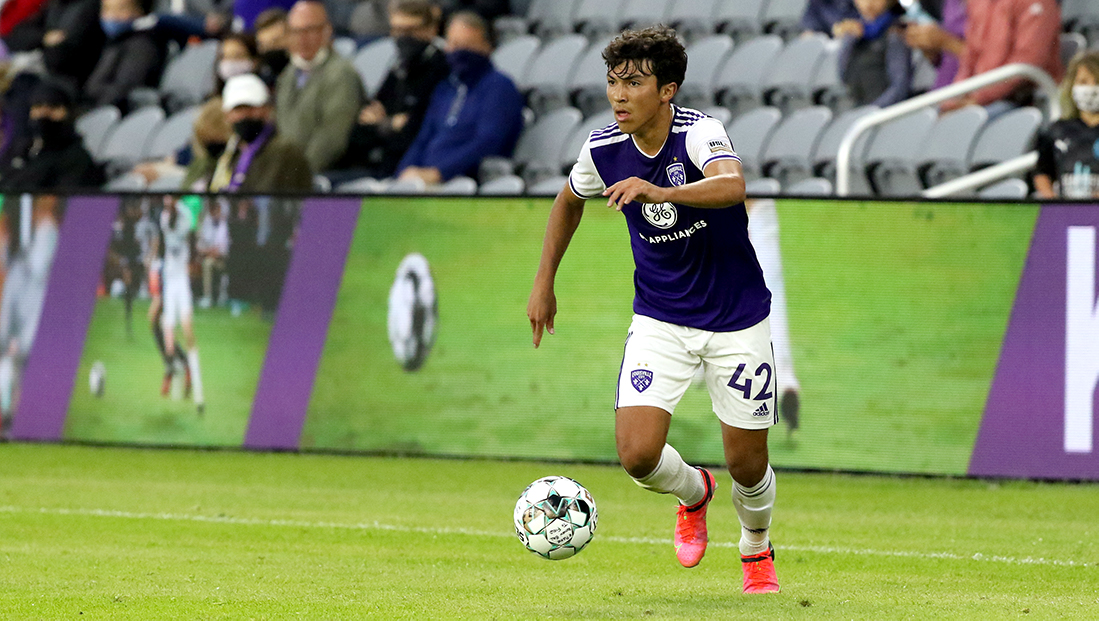 With sister side Racing Louisville FC’s launch this year, it’s expected the NWSL expansion club will both have on its roster and regularly play against stars within national team player pools, showing off soccer at the world’s highest level.

Louisville City FC may have that type of talent on its roster, too.

Defender Jonathan Gomez, all of 17 years old, has looked like a future star in the club’s first two games, most recently putting forth a Man of the Match effort in Saturday night’s 1-1 draw with Birmingham Legion FC.

Gomez’s heat map tells the story of an evening in which he was up and down the left side of the field — but mostly up — and worked often along the end line to try a game-high 14 crosses. In that respect, Gomez was unlucky not to wind up with an assist. He also had a 77th-minute shot on goal turned away thanks to a nice save by Birmingham’s goalkeeper.

“We worked all week on his positioning with regard to their back and their right midfielders,” said head coach Danny Cruz. “He did a really good job taking what we tried to work on all week and implementing it. Then, when you look at his ability to get up and down, his mentality both defensively and in the attack, he certainly doesn’t play his age. That is for sure.

“The kid is continuing to grow every day here. I think it’s testament to what we are trying to do here at the club. I am really proud of him.”

Six of Gomez’s crosses came from open play. Many others were courtesy of corner kicks, which he took a left foot teammate Corben Bone says “is just like a wand.”

“He whips balls in and makes it super hard for the other team,” Bone added. “It gives us a ton of chances going forward. I think he’s in a good moment now going forward and the future is bright for sure.”

Gomez trialed during the offseason at first division side FC Midtjylland in Denmark, plus top-level clubs Sporting CP and FC Porto in Portugal. Gomez’s older brother, Johan, is under contract with the latter.

It’s fair to expect that by this time next year, once Gomez is 18 and can receive a work visa in Europe, he will be honing his craft overseas while emerging on the U.S. Men’s National Team radar.

“I’m glad that the coaches are giving me that opportunity,” Gomez said of his situation with LouCity. “I’m just trying to help the team as much as I can and take advantage of my opportunity to continue to develop. Ultimately, the main idea is to help the team win.”

A product of the FC Dallas academy, Gomez, also a native Texan, has separated himself at the USL Championship level with pace and work rate, saying he always tries to be active. The outside back is focused on improving his “final” ball,” making more of getting in so many threatening positions.

“We work on it a lot, whether it be a shot if not to the box, a whip, an early cross, a late cross, a chip ball to the back post — whatever it may be at times we do have it,” Gomez said. “We need to be more efficient on it and more consistent.”

Gomez and LouCity have nearly two weeks between games to fine tune their attack before facing a side with direct ties to U.S. Soccer. San Diego Loyal, visiting Lynn Family Stadium on May 22, is co-owned and managed by USMNT legend Landon Donovan.

With kickoff at 7:30 p.m., visit LouCity.com/tickets to attend.