Bell: What we learned as LouCity shares points with Birmingham

Plus extra notes and quotes from Saturday night's game at Lynn Family Stadium. 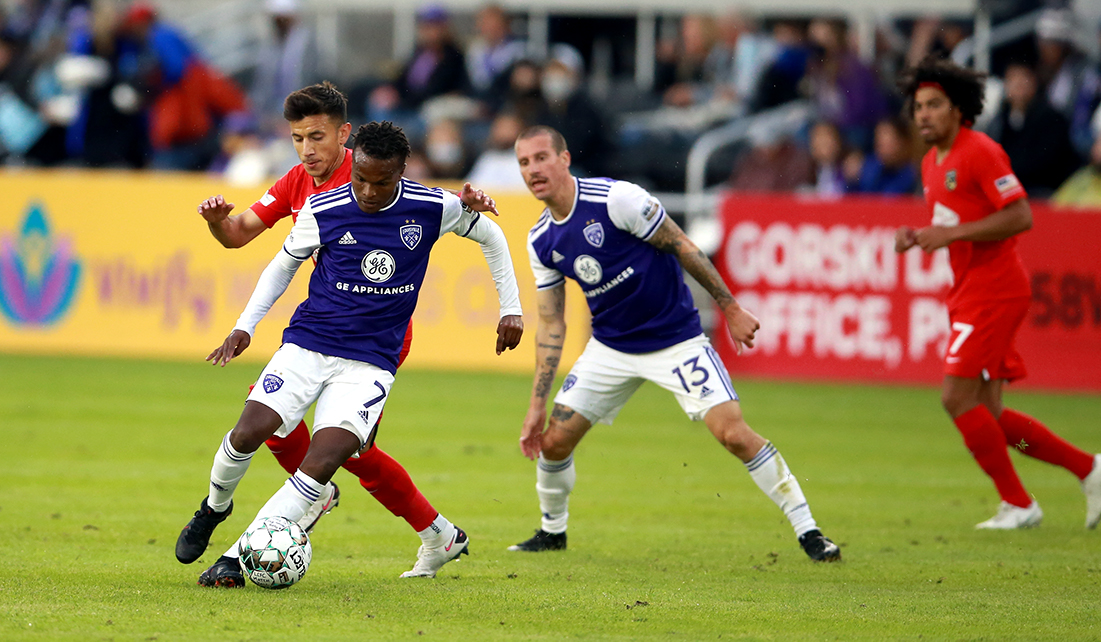 On Saturday, Louisville City FC welcomed Birmingham Legion FC to Lynn Family Stadium for what wound up a 1-1 draw. LouCity defender Pat McMahon headed in a third-minute corner kick, while some second half penalty kick drama saw the Legion equalize when given a retry from the spot.

And so the first game with Danny Cruz manning the LouCity sideline ended with points dropped. But the boys in purple were also coming off a two-week break since their season opener given inconsistent scheduling to start the season.

“Ultimately, I am disappointed to not get the three points,” Cruz said. “I think we have a lot of things to learn from. Certainly we are going to go back, look at the tape and see how we can improve. I can tell you right now, the locker room is silent. Nobody is happy about tying here at Lynn Family Stadium.”

Here’s more on what we learned…

Totsch looks back in All-League form

LouCity’s back line saw one change from its season opener as McMahon started in place of Oscar Jimenez. Jonathan Gomez, Sean Totsch and Alexis Souahy also pitched in on a defense that was dynamic, with Akil Watts also tending to track back on the right side.

Birmingham Legion numbered just two shots on target and four chances created while LouCity’s center backs excelled. Souahy (91%) and Totsch (89%) boasted their side’s highest passing accuracy as the boys in purple built their attack out of the back.

Additionally Totsch, named to the USL Championship’s All-League First Team a season ago, has carried over momentum to 2021. He numbered a team-leading 8 clearances and 5 interceptions to repeatedly thwart Birmingham’s advances.

Gomez puts forth Man of the Match performance

A bright future awaits the 17-year-old left back, who will be disappointed to have not contributed to a goal given his chance creation and to go with a 77th-minute screamer of a shot taken off his first touch. Aiming for a small window at the near post, Gomez saw the try turned away.

Gomez, a second-year pro, led LouCity in a number of statistical categories, remaining active in the game with 15 total duels, 14 crosses, 3 fouls conceded and 2 won. Each of those numbers were tops for LouCity.

“His left foot is just like a wand,” midfielder Corben Bone said of Gomez. “…He creates a ton of chances and makes it hard for the other team. The future is bright for sure.”

Cautions are piling up for LouCity

With eight yellow cards, the boys in purple rank second in the USL Championship behind Central Division rival Tulsa FC, which has 11 cautions but has also already played three games. LouCity supporters will point to a discrepancy in the tallies Saturday between LouCity (five) and Birmingham (zero).

Most, however, were handed out in the controversial sequence that led to the Legion’s goal: McMahon on the sliding challenge, Hubbard after he was deemed to be off his line early and team captain Paolo DelPiccolo for dissent that followed. Still, LouCity has spread those cautions across its squad, with only Alexis Souahy seeing yellow in both games thus far.

“I can’t speak about the refs. I’m told not to,” Cruz said. “I think you heard the crowd. We had a lot of people here that were nice and loud, and I think that they let you know how they felt about it.”

LouCity will get another weekend off before hosting San Diego Loyal from the Western Conference’s Pacific Division. The Loyal, who are co-owned and managed by the U.S. great Landon Donovan, have started their season 0-2 with one of those defeats to the West’s favorite, Phoenix Rising FC.